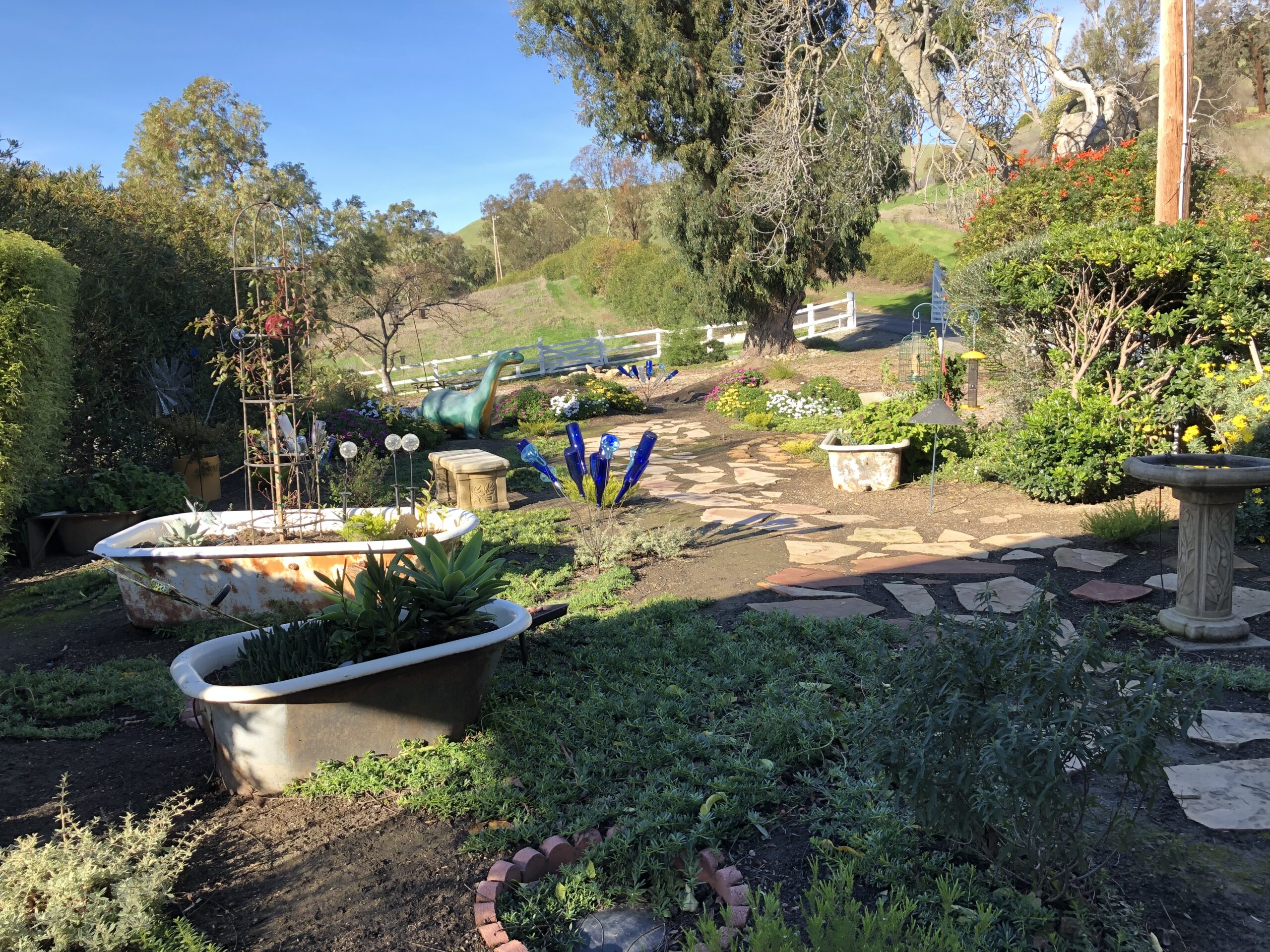 It’s been over a year now since the garden area outside my office was “finished”. Sure I’ve added in a few more bottle bushes and bird feeders, but is definitely now a super cool place.

I’ve even added a bench to the space. Back when Orchard Hardware was going out of business I popped down to the one near us and picked up a bench I had seen a while back that matched the birdbath already in the garden space. When I say “picked up” though what I really mean is that I drove in Barbie (our Ford F150) and had two strapping lads load the pieces into the truck bed. While it is in three pieces (2 legs and the slab for the seat,) the bench is not something most people, let alone small girls, can pick up on their own.

Here is a little review of the area outside my office windows. First a shot of the deck that was there along with the POs patio furniture. This shot was taken before we bought the house during one of the inspection visits, and a shot from the original listing looking towards my office windows with the deck to the right. 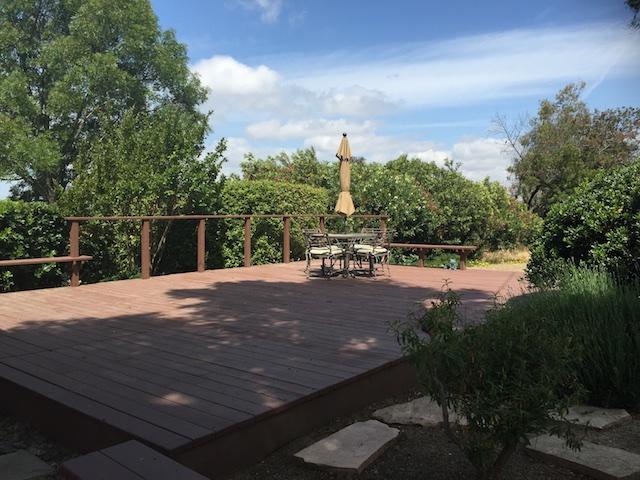 In July of 2015 we ripped out the deck in preparation for replacing the failed septic tank two months later. I had my first encounter with day labors (via a county program) for that work, and while not a terrible experience, I’m glad I now have a small pool of reliable workers whom I can rely on for help. (This was also the same day we had the well tank mishap.) 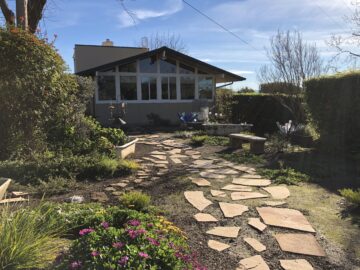 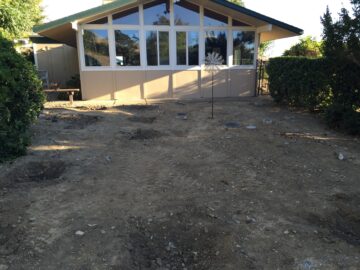 It took another year for the remaining concrete support pillars to be pulled out. That little project provided good practice time with Dino (one of our tractors.) I then gathered up all the spare bathtubs sitting derelict in the pastures, got in some deliveries of top soil and had our gardeners help me get the irrigation sorted and the plants plated. Now, a little over two years later, this is what the garden area looks like.

We and the wildlife here think it’s a rather awesome improvement.

An even better comparison is the first pic of this post vs one from just a few moments ago.

It’s quite a lovely spot and serves as a great spot for our still unnamed dinosaur that once belonged to Carrie Fisher.