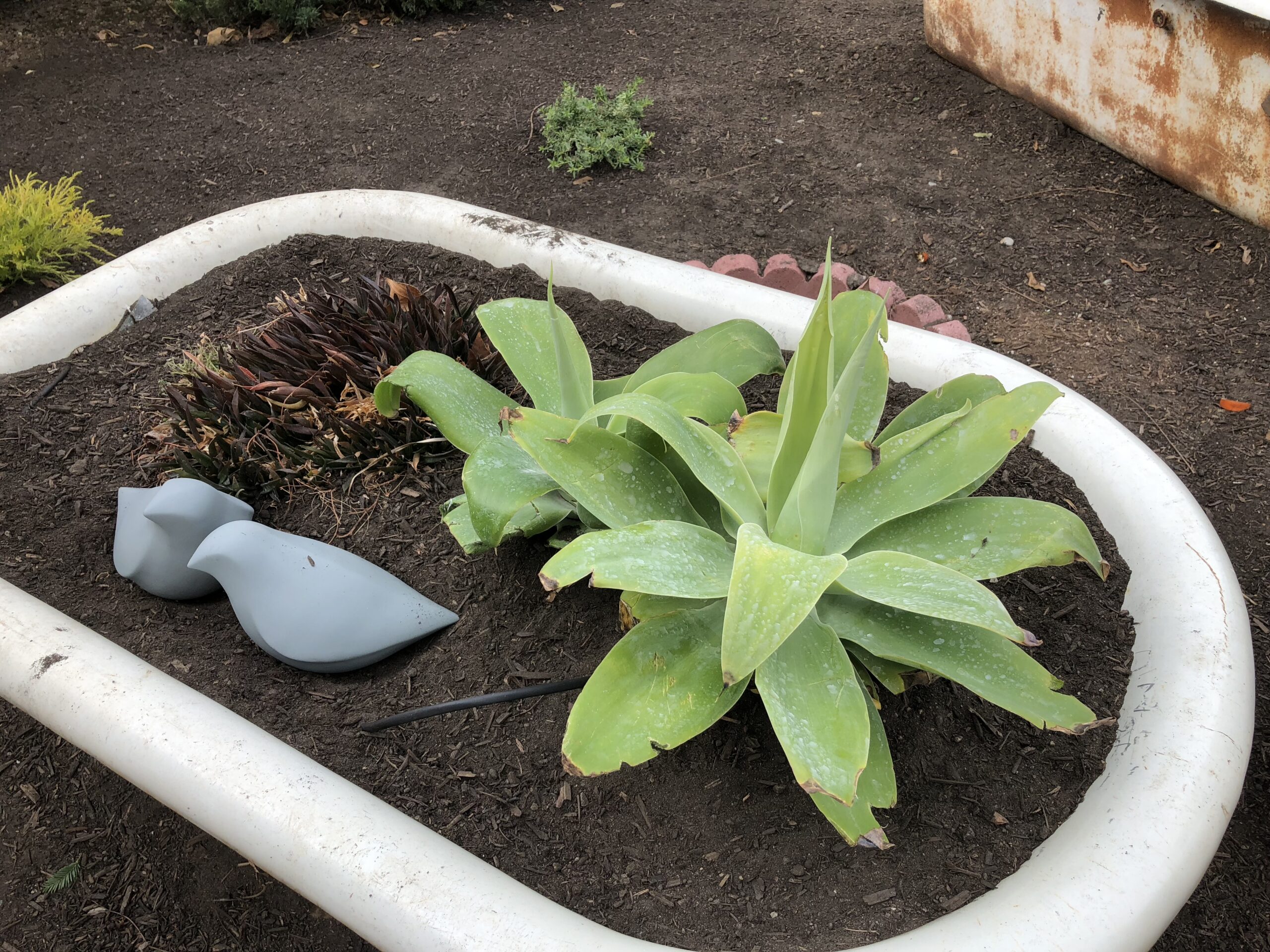 Continuing the story I started writing about well over a year ago, the garden space outside my office was finally planted at the end of 2017. Yeah, that’s right, I’m still a year behind on posting, but with the smattering of more recent posts published recently I’ve also been working to finish stories about projects like this one that were left hanging.

Case in point the North Garden. Back in 1999 the POs put a new septic tank in and then built a deck over it and forgot about it.

With the deck ripped out, the bathtubs moved into place, and lots of dirt pushed into place, it was finally time to start actually moving things into position.

I had purchased a large quantity of flagstone so it was first put into position. Thankfully for this bit as well as the planting and irrigation installation I had help.

Here’s shots of some of the bathtubs ready for planting and the stones as they were being laid out.

And a few shots of the work mid-way as plants were being added.

One of the stranger things we’ve found here was this old kettle that was literally buried under a bush. I dragged it out and hosed it off. There are quite a few rust spots that go all the way through it, but at some point I will use it as a planter.

And thanks to Gardeners.com I found a fun little bottle bush. I had purchased it about a year before we started this work on the garden and in that time I had grown my collection of blue bottles (most of which once contained sake,) so by the time it came time to install the bush, I had just enough to flush it out.

Another Gardners.com find were these pretty little doves. They sit next to the one plant I had to special order for the space: an Agave Attenuata.

All that then remained was to take some final photos of the space. You’ll have to wait for the next post for those though.