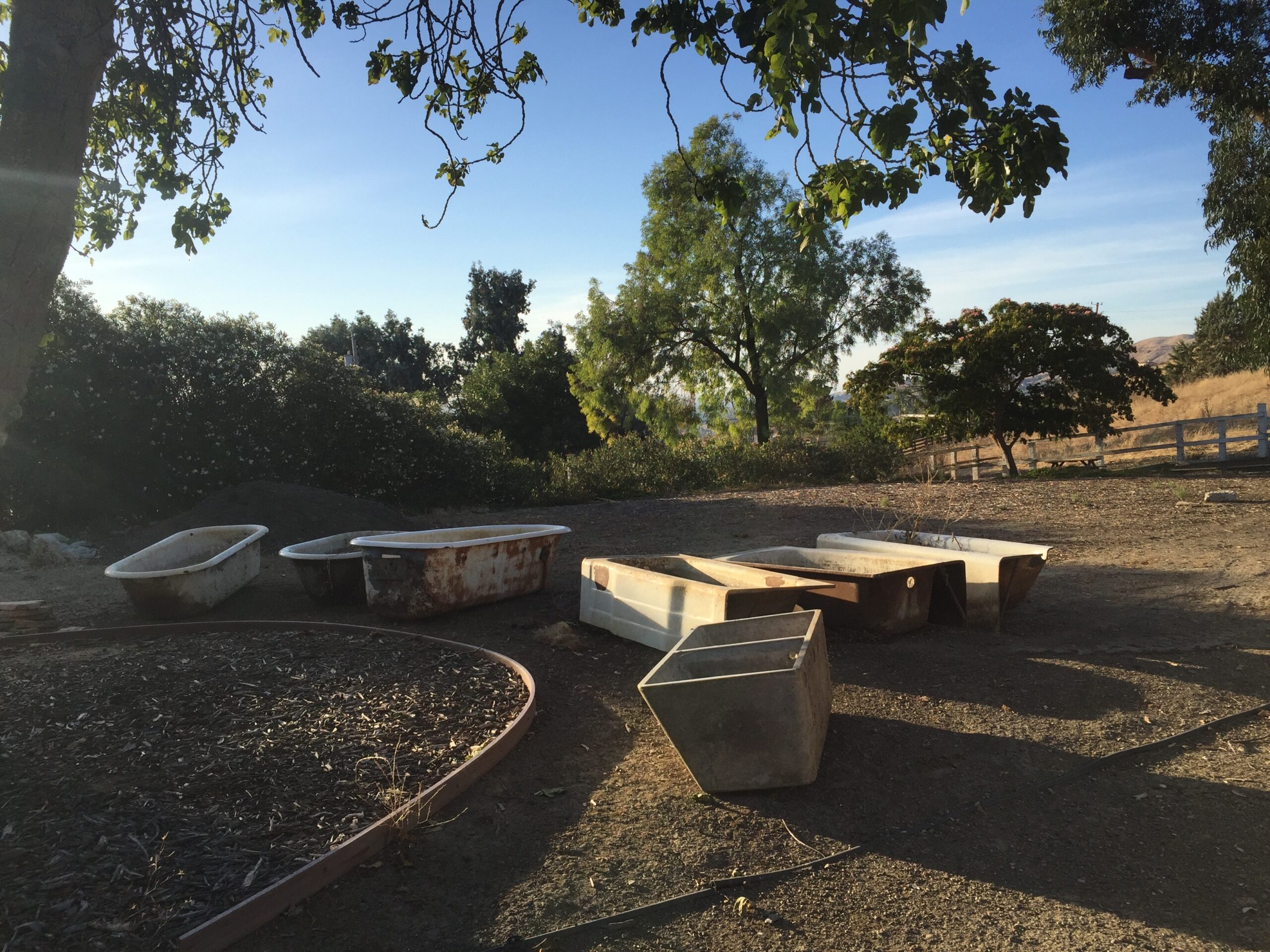 Once the great cleanup was done and the bulk of the rubbish left by the previous owners had been removed from Purgatory I went about collecting…bathtubs.

When the Doc lived here there were horses on the property and bathtubs were used as water troughs.  So I put the forks on Giggles to gather them all up and deposit them in what was soon to be the North Garden — aka where the awful deck over the septic tank once sat.

Six actual tubs plus a concrete stationary tub were assembled and sat waiting for the garden to start taking shape. As you can kind of see in the above image, we put down wire netting to help curb ground squirrels from making a total mess of the new garden area.  I then called down to Payless Rockery and they delivered top soil.  This was then spread over the area and a top the mounds of concrete rubble I had built to break up the general flatness of the area and provide a sort of end point for the new garden so it didn’t just abruptly end where the layers of wood chips begin.