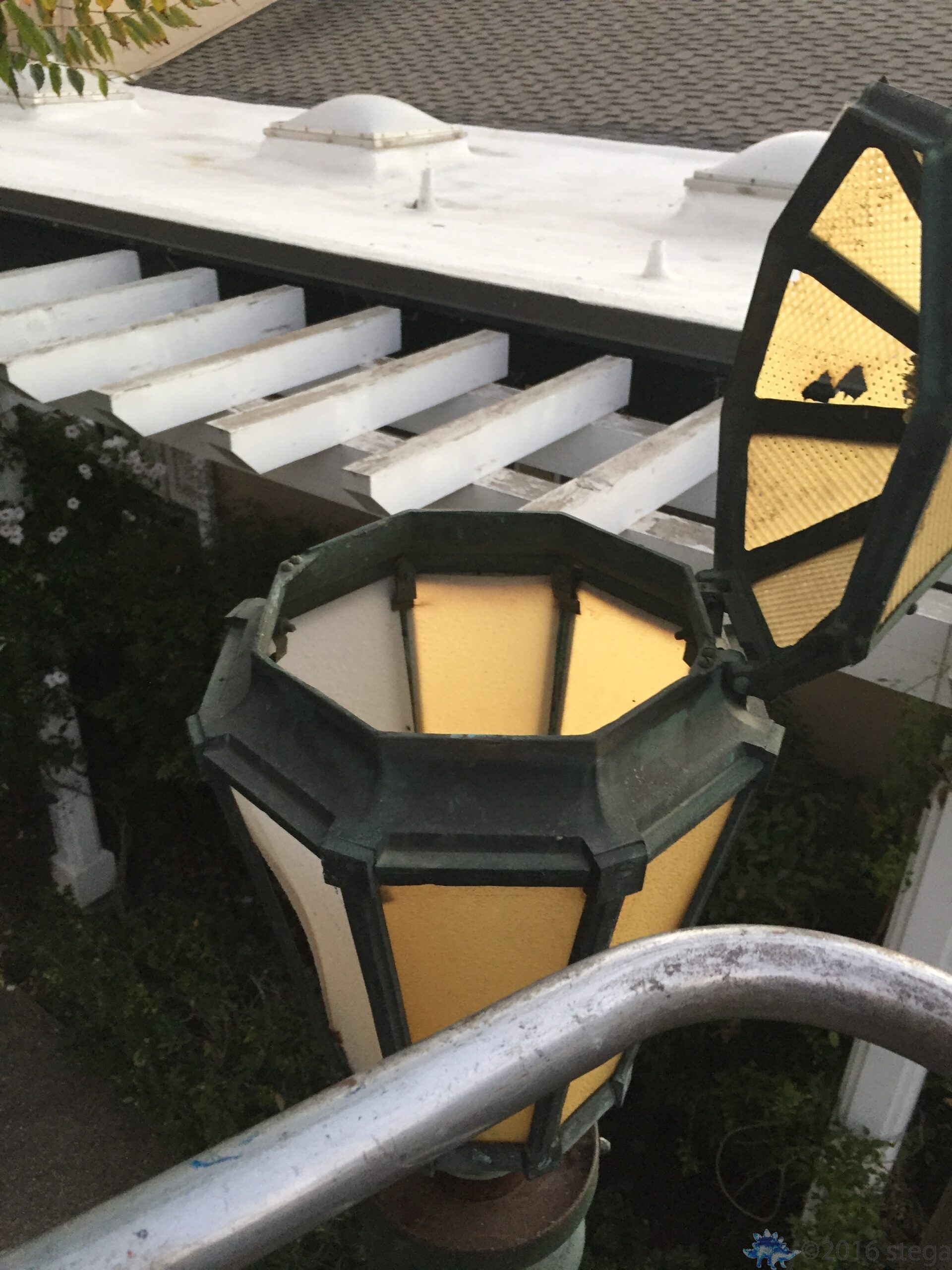 We have five rather fantastical lights surrounding our central courtyard at Purgatory.  When the Doc visited last year he explained that the lights were originally installed along a road in Pasadena, California and that when the city was replacing them, he bought several for use here.

Originally the lights were all glass paned but the POs, in their never ending attempts to save money so that they could by more clothing and ugly jewelry thought it was a great idea to replace broken sections with plastic.  Not being very swift, they of course used plastic that doesn’t deal well with being exposed to sunlight and as a result we will at some point be converting back to glass panes.

For now though, it was a very rewarding little task to take our rented cherry picker out into the courtyard to and replace all the bulbs so that the lights would look more uniform, as you guessed it, there were different types of bulbs in the lights.

I also cleaned out the spider webs, hornets and other debris from each of the lamps and discovered that two of the five if not all of them were originally gas lights. Then I got to have a little fun. The shots below were all taken from the bucket of the cherry picker.  I only managed to take it up about 40 feet as at the time we didn’t have a proper safety harness and I was being very cautious.