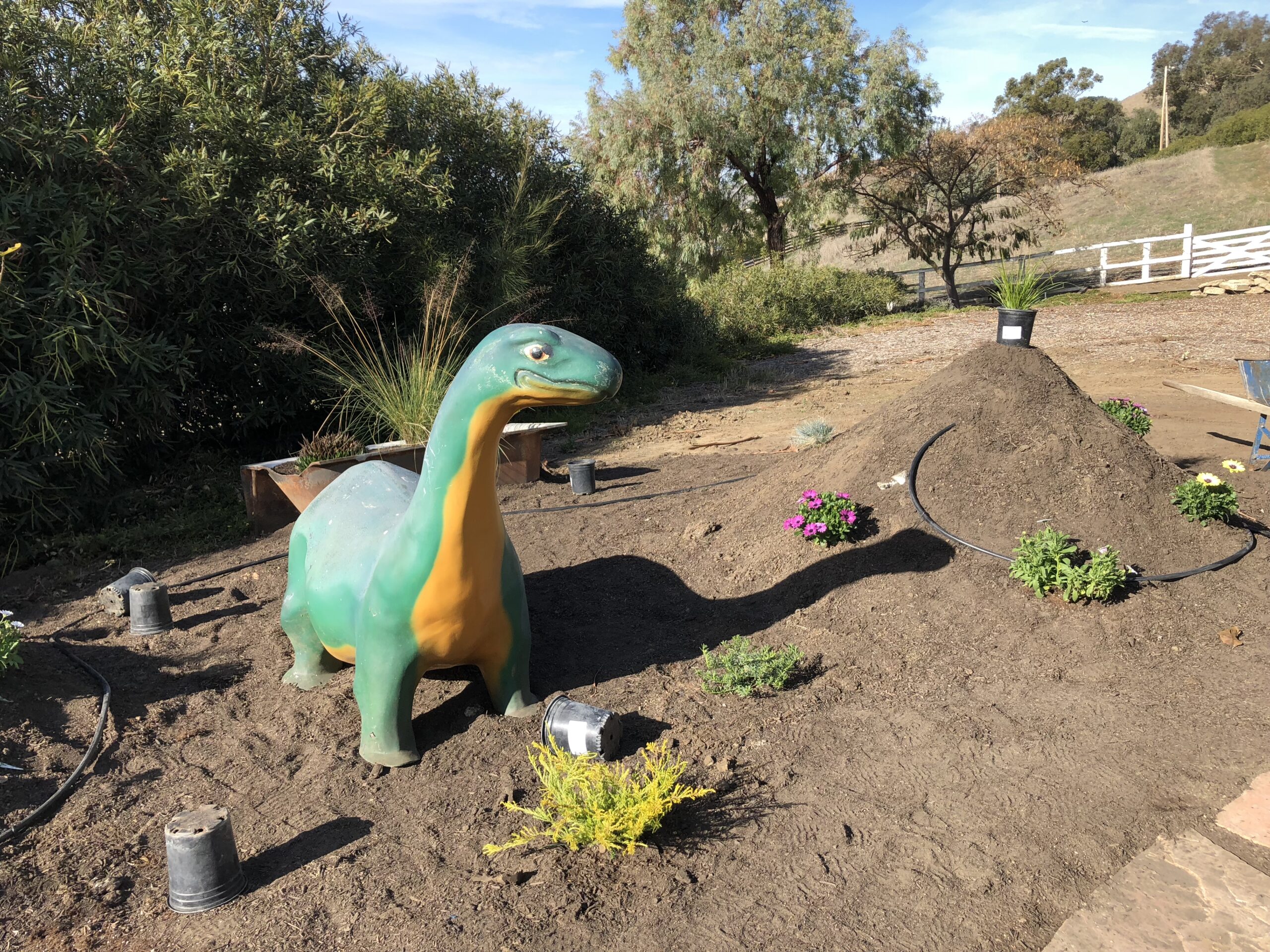 Yesterday I posted a video which I actually had very little to do with the creation.  Photos (the Apple software app) popped up a notification telling me a 2017 movie was ready for me to view.  So I popped open the app and discovered that some swanky code written by the iCloud and Photos people had selected about two dozen images and movie clips and assembled them into a 90 second video.  Then I discovered that I could edit the video–so I removed a clip of Agent Smith driving the excavator and a second clip of him driving Tony, and instead added in some extra images of some of the other projects we completed this year and poof!  I had a nice summary of our year which involved almost no work on my part.

But for those of who want a score card of sorts, here is a breakdown of the video.

We finished the perimeter fencing project and Agent Smith got to know our new crawler Tony.  When repaving the driveway we hit a snag, namely the fact that our water main wasn’t buried at a proper depth.  After a winter of rain and mud, the pool was resurfaced in the spring while we slowly sifted through the asphalt spoils and distributed them to points around the property.  The Bus saw quite a bit of racing and we saw too much of our neighbor’s sheep.  New steel ladders were installed on the exterior of the great room and studio building, and we continued our clean up of debris left by the previous owners.  We even extended our cleaning work and organized a neighborhood effort to remove a twenty year old dump site as well as the removal of a dying gum tree.  Inside the house both the north hall and boys’ space were redecorated, and thanks to both an inadvertent flood and more discovered past stupidity of the previous owners, the studio building was slightly remodeled and totally redecorated. Finally in the last few weeks of the year the south hot water tank was replaced and a garden was put in where the previous owners once had a wooden deck– built over the septic tank we replaced two years ago.

So there you have it: another year end report.