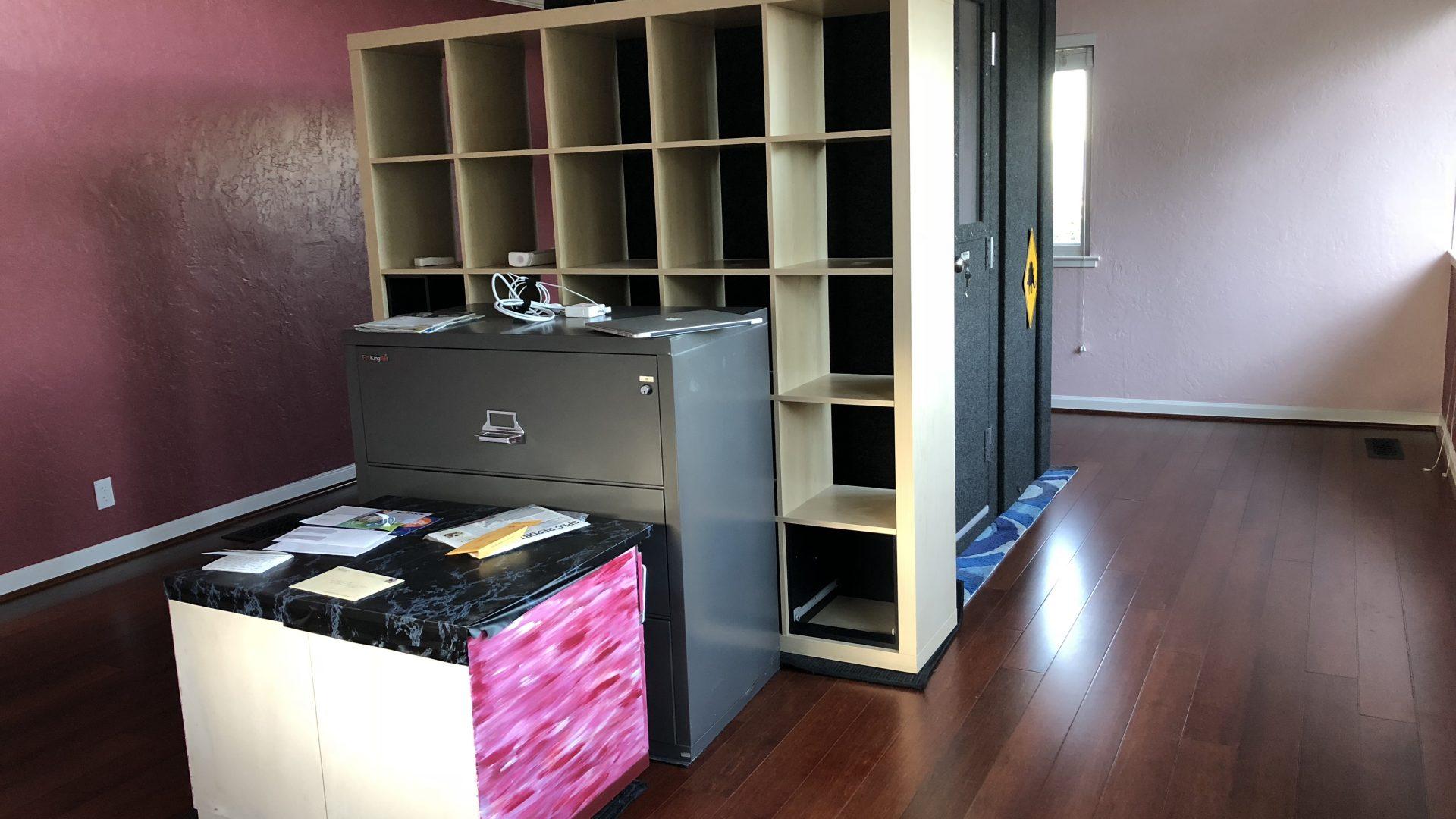 When we bought this place just about every room was painted in the same blah color of light poop-brown.  My office was no exception.  Here are a couple pictures of what it was like when the previous owners lived here.

And here is an image from the original listing.

Immediately upon moving in we tried to have the carpet in this space as well as that in Blue Room (originally awful purple) cleaned, but the soil levels in certain spots were too high for your standard carpet cleaning team.  We then installed some bamboo flooring, but we were young and naive and we used Lumber Liquidators and it was not a good experience.  The finished flooring result was nice enough though, and thankfully the POs had taken the window valances with them when they moved so I pretty much had an almost blank slate to work with when it came time to repainting.

Here are some panoramas of my office from earlier this year:

Doing work to my office was going to be complicated though as I would have to move everything but the largest pieces of furniture out and setup shop in another part of the house while the space was painted and given my personal slow painting process, it would take a couple of weeks to get the space done.  I decided to splurge and had the Humberto painter we’ve used on other projects, like the north hallway and studio building handle this painting project.

Then it became a matter of taking some good shots of the space and messing about with the Sherman Williams ColorSnap app. It has yet to let me down as I have had great success using it for all our other painting projects. I selected two shades of a pretty rose that wasn’t too pink or too orange or too purple and gave the numbers to Humberto.  I then worked the schedule so that I would be on vacation while he handled the painting.

A few days before my scheduled flight I think moved just about everything out of my office, pulled all the face plates for the plethora of phone and co-axial outlets in the walls (there were over a dozen) so they could be patched and sealed up prior-to painting and then I literally left the country for ten days.

This is what things looked like when I left (my computer and desk were the last things moved out:

When I came back everything looked gorgeous!

Then I spent several days putting everything back into its place….