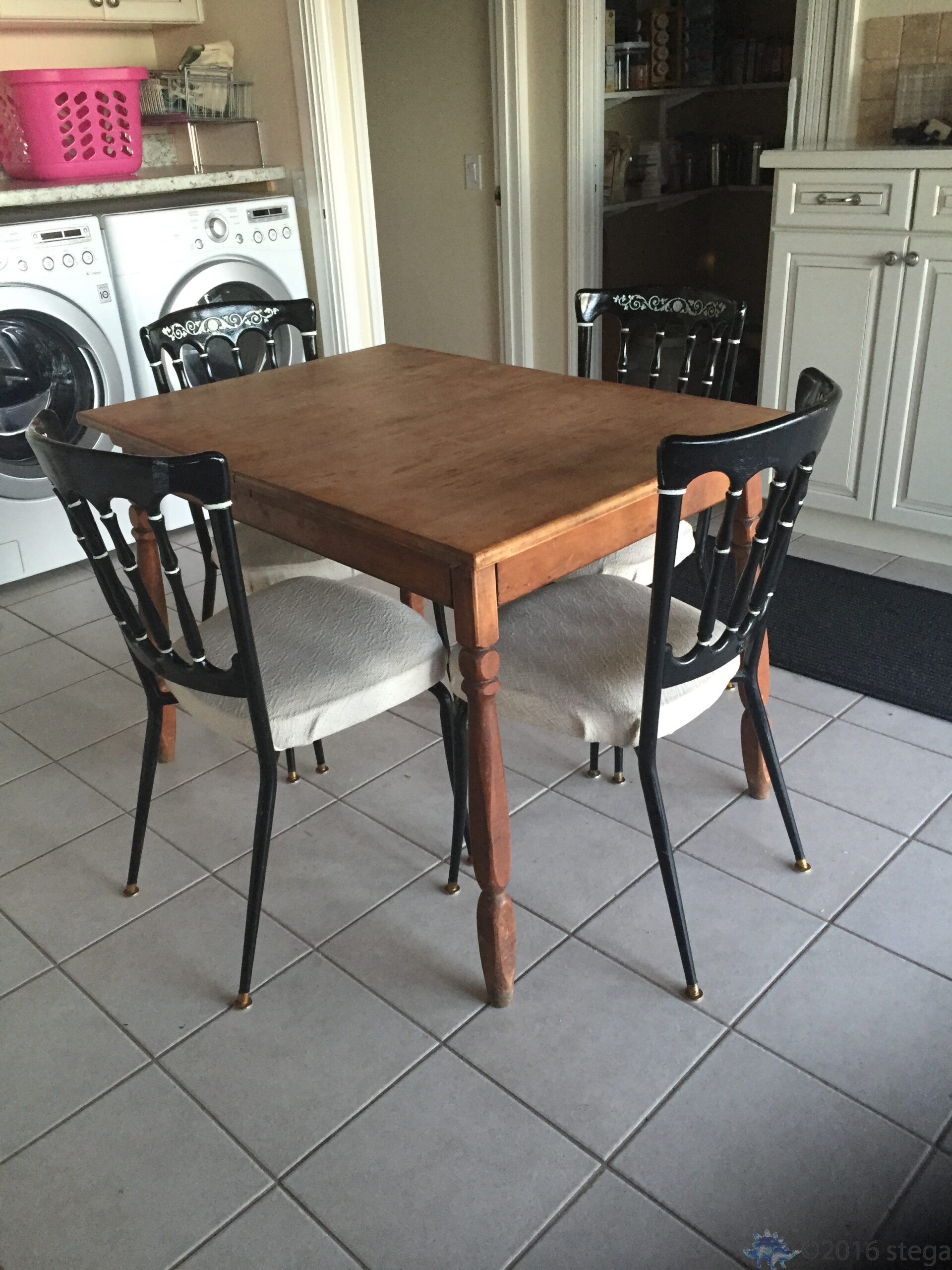 Last year when we were rebuilding the Great Wall, Agent Smith’s father took some time to refinish the kitchen table and chairs.  Back in September of this year I finally sewed slip covers for the wooden chairs and we started using them instead of the black and white metal chairs.

Here’s a shot of one of the metal chairs next to one of the wooden chairs that matches the table with a slip cover on it. (The seat had not yet been attached to the chair so it’s a bit askew.)  The slip covers were made from some fabric I bought ages ago because I liked it and thought I’d do something interesting with it.  A year later I finally did do something interesting with it. The metal chairs once belonged to a great aunt, and when she passed away I ended up with them as well as a matching table all of which were originally avocado green.  Back when I lived in Ohio I recovered the chairs and then painted them black with white detail and the table legs were painted with horizontal stripes of black and white.  Sadly the table was made of particle board and it eventually fell apart, but the chairs, being metal and plastic construction are very sturdy.

When I set about to rebuild them I discovered they were made in 1969 or there about.

This time when I set about refinishing them, I decided to do a full job of it.  This meant pulling the chairs apart completely and exposing the original vinyl coverings that I had covered As you can see in the above photos the original coverings were in pretty bad shape.

The glides were in pretty bad shape too, but once things are in pieces the fun work began.