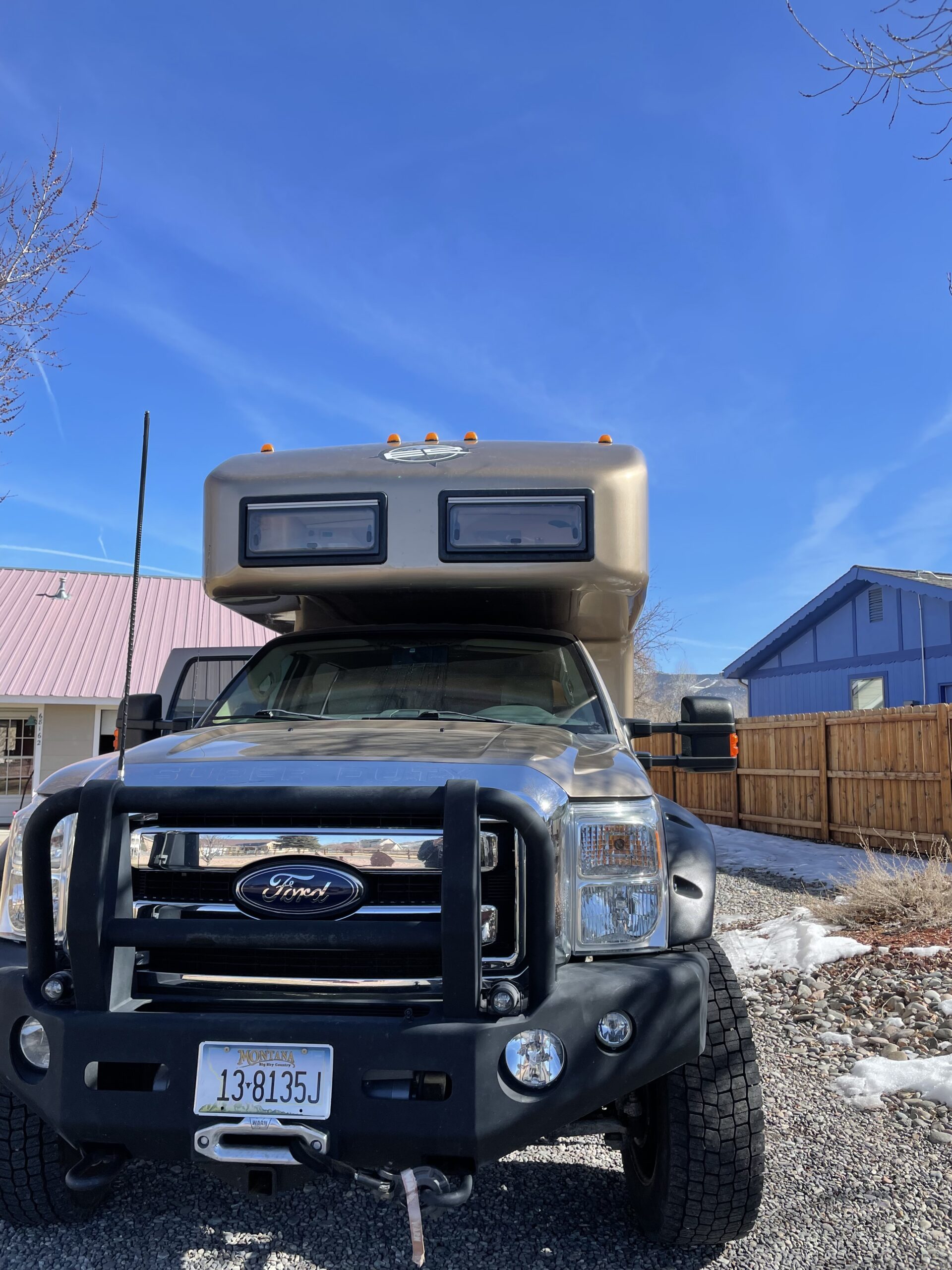 Back in January of this year our beloved Midge was stolen from the service yard of our mechanic.

She hasn’t been seen since.

Insurance wrote her off and we started shopping for a replacement. Agent Smith managed to locate a very suitable option, so this past February we headed to Colorado to buy her and drive her home.

The complicating factor was that I was on vacation on Little Cayman. I was able to reroute my return trip and instead of flying back to the Bay Area, I met up with Agent Smith in Denver. We then hopped on a flight to Montrose.

We holed up for a night at a hotel — and although my luggage didn’t make it, Agent Smith had brought along some warm clothing for me since I had just spent the last three weeks on an island south of Cuba.

The next morning we awoke, had some breakfast and then got a cab to take us out to the RV’s current address. Agent Smith then spent a good hour or so inspecting bits and pieces. The only weird bit about the site visit was that the actual owners were somewhere off the coast of Florida and we were dealing with their 16 year old grandson. He was a bright lad though and had been given thorough instructions for handling the transaction.

Eventually the three of us piled into the cab and headed over to a WellsFargo branch to do the money transfer. That’s where things hit a snag. I had setup an appointment, as according to the WF support line, a wire transfer from WF account to WF account would be seemless and easy. After being seen by the banker who was handling appointments we were told they couldn’t do the transfer. Grrrrr. But they could do a cashier’s check between the two accounts. SIGH.

I sigh because it was a Saturday and the line for the tellers was long. Like out the door long. Thankfully a couple extra tellers suddenly/magically appeared and the line moved briskly. Soon enough we had made the clunky transfer and we’re back on our way to drop off the grandson and pic up the bikes and start the westward ho trek.

Yep…we got bikes as part of the deal. Not just any bikes though. UBCO electric bikes. Think scooters without the put-put-put. 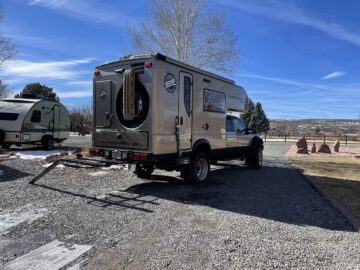 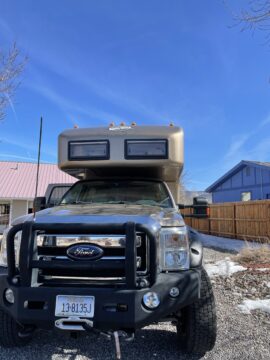 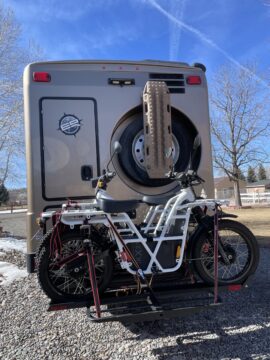 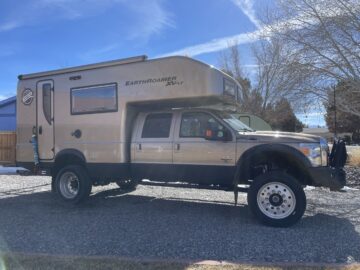 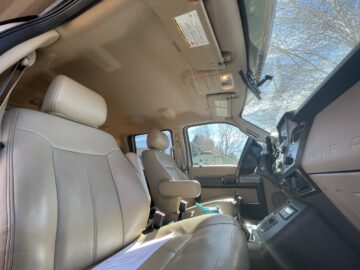 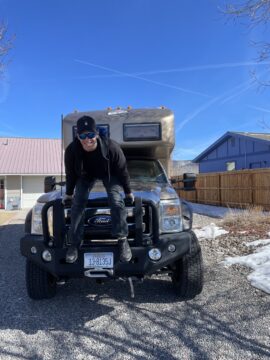 After the bikes were loaded we headed for lunch and the nearest hardware store. We wanted a few things to better tie-down the bikes and a few other bits and bobs. Plus we hit a local grocery store and picked up some snacks as we were about to spend two days in the newest member of our fleet.

We then swung by the airport (which was undergoing renovations) and checked the al fresco baggage claim area to see if my missing dive bag had made it. Thankfully it had so we plopped it into the back of new-Midge aka Midge2 and headed towards Grand Junction. Soon we were crossing Utah and we eventually arrived in Vegas for the night.

We literally tucked Midge2 in to one of the last parking spaces for RVs. She looked soooo cute nestled in between other RVs.

The next morning we got up, had a passable, if way over-sized in terms of portions, breakfast and continued our journey.

Eventually we made it to our main gate and then, after punching in the code, we drove the last tiny leg of our adventure.

Once home we needed to outfit her for use. We decided not to repeat the process we used for MidgeOne. Instead of buying plates, pots/pans, utensils, sheets, and all the other stuff she would need, we raided our kitchen and grabbed stuff we don’t use. It was amazing how fast we found just about everything we wanted for her. Then we just grabbed some spare linens and suddenly she was ready for her first outing.

We did break down and buy a few things especially for her: namely a coffee maker and a vacuum. Plus just last week I got in a mattress cover and installed it — which involved quite a bit of contortioning in a tiny space as its one of those covers that the top and bottom and zips up around the sides.

Since acquiring her she’s been used not just to tow the race cars and provide Agent Smith with a comfy nest at the race tracks, but she’s also served as third spare bedroom. She came in very handy when Agent Smith’s sister and her kids stayed with us last month for a couple of weeks as no one had to share a bed or sleep on a couch. Once they headed home, we took care of a few some small maintenance issues and then gave her a good bath before driving her over to the RV pad where she’ll sit under her covers (cab and wheels) until the our next outing.

I tossed together a quick video tour of Midge2 for your viewing pleasure.

We had applied for a personalized plate for Midge1 back in August of 2021. Never heard back from the DMV on the status of our application. Then, one day I got both the personalized plates meant for Midge1 AND the title for Midge2. Needless to say I eventually found time to go to a DMV office and surrender the plate we no longer needed or wanted.

Also amusing to note that in the CA DMV database there is no standard for Earthroamer.