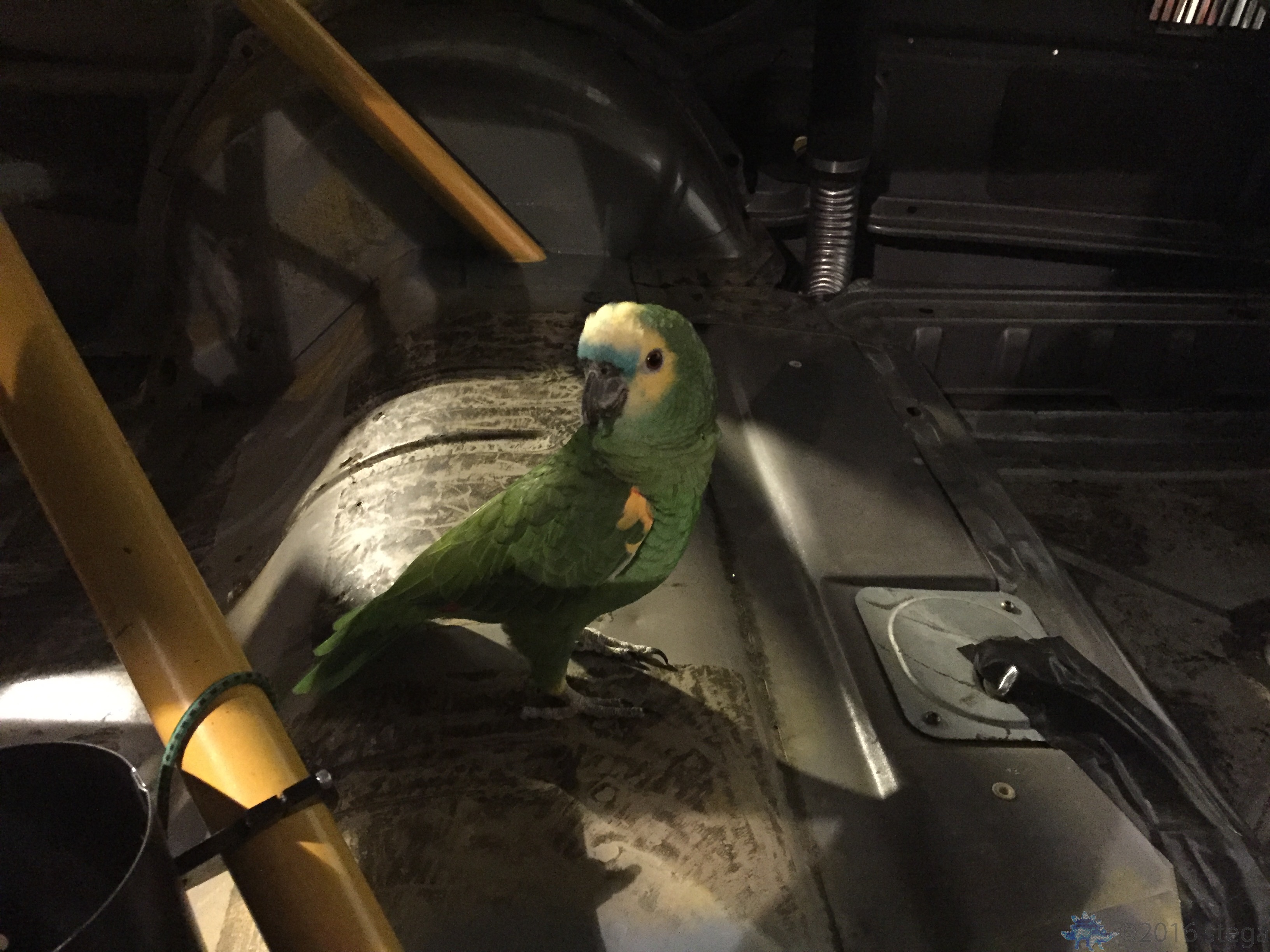 As many people know, we spent about two years looking for the right “house”.  By the word house what I really means is that we wanted a large garage with an attached house and a pool or space to put in an endless pool.  The house needed to be not a project in itself.  We started poking around back in the summer of 2013 and got serious in early 2014.  Thankfully we were renting the house we lived in previously so there was no rush in the process.  Still, in the early spring of 2014 we started attending the open house circuit.  That May we traveled to Australia for a month and when we came back we started looking in earnest.  For about six months we then went out and hit open houses almost every weekend.  After the first couple weeks we got really good at sizing up a property based on photos:  we could tell if it needed new windows, if they were trying to hide major defects and even pretty much understand the layout of the place.  We’d also use satellite maps to determine details about the house and lot.

After a few weeks of hitting six to eight houses in a day we were easily able to rule out 90% of the houses that came up for sale in the areas we were interested.  Most of the places advertised with a three car garage were what we like to call “giant house on a  tiny lot”.  They were usually nice enough houses but they didn’t meet our needs and were more suited to a family with children.  We did find a few places that were temptingly close. One place in Saratoga had the garage and pool but the house needed to be set on fire.  Then there was a place in Los Gatos that technically had three garages, but was too much project to make the house and garages work for us.

In the end I actually found Purgatory on Redfin via a “related listings” section that had a picture of the garage. What a garage it is.  It measures approximately 60 by 40 feet with an almost six feet deep pit in the right bay.  This makes it ideal for working on cars which we have been doing here now for almost a year.  And so with the long story told, I can now share some pictures of what is built and maintained here.

First of course there is The Whale.

The Whale is a 24 Hours of Lemons legend and has been racing since the early days of the series at Altamont.  While not built here at Purgatory (it hails from Bernal Heights up in San Francisco), when the camshaft broke at a race up in Washington last year the Whale was brought to Purgatory for major surgery.  The old engine was removed and a new one installed in its place.  The Whale then successfully raced out the rest of the year plus the races this past spring.

The engine donor was another Volvo but it was not left dead for long.  Over the course of this past spring it has been reborn.  Thanks to the acquisition of another engine (although since it came out of a BMW there was much tinkering done) and many other useful modifications like the installation of the roll cage, removal of any superfluous Volvo parts that might make one think its safe to carry children and a very snazzy livery, the Bus made it’s debut at the most recent LeMons race up in Willows at Thunderhill Raceway.  Apparently it is a total blast to drive.

More news about both cars can be found on the Bernal Dads Racing FB page.  While the Whale is currently resting in the garage, it will probably resume racing alongside its new sibling at the end of he year.

Lastly there is the 1971 Porsche 914. It had been modified by a previous owner and instead of the stock engine it has a Chevy 350 inside.  Agent Smith purchased it a few years ago, it is currently undergoing a carburetor to fuel injection conversion.

It has some extra bits like a roll cage, and four point seat belts.  Since its a mid engine car, it’s a quite toasty to ride even with the top off.

So there you have it, the cars that get worked on here at Purgatory.  Of course we have other vehicles that get taken care of here, but not on the same scale.