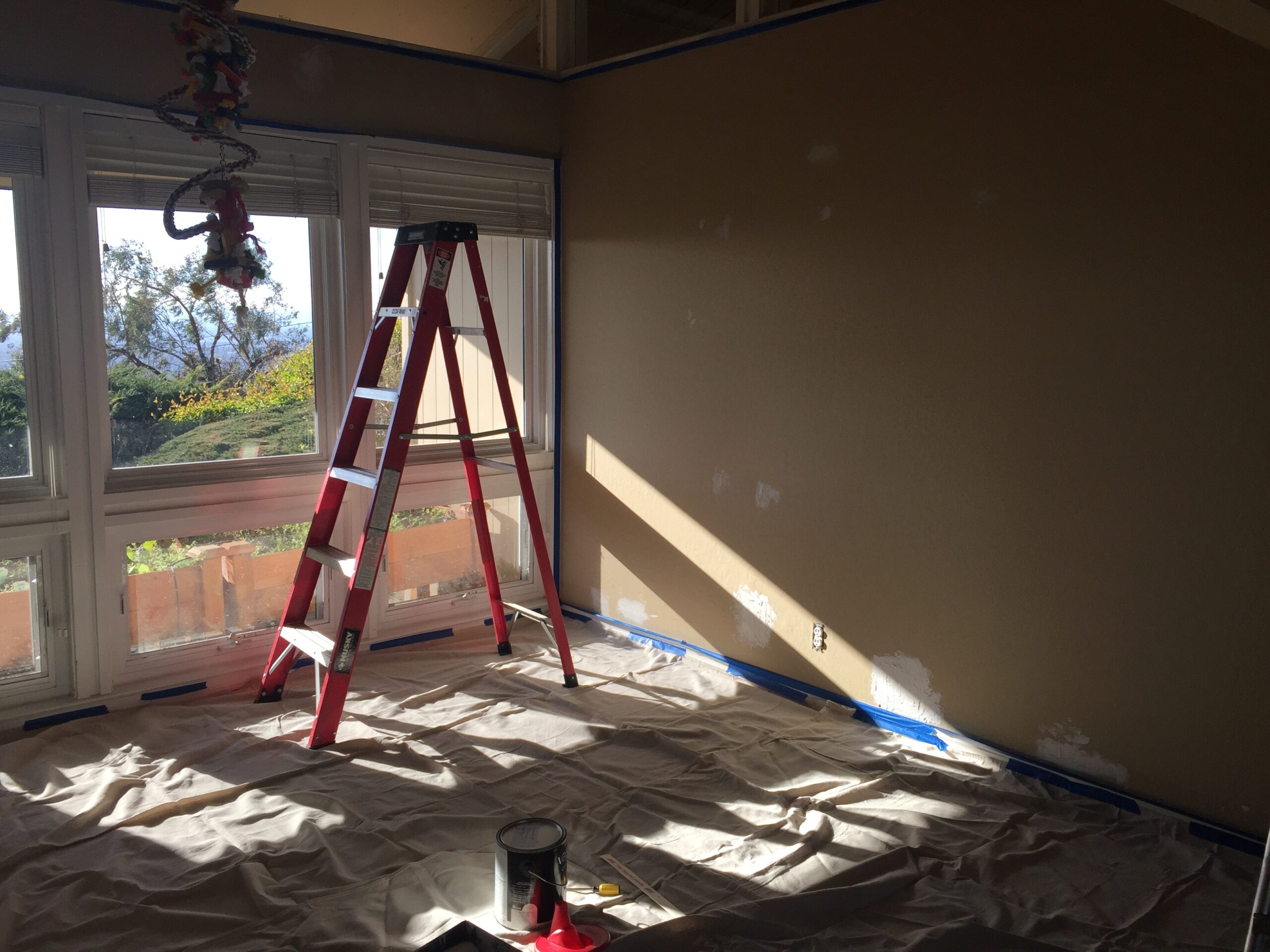 In addition to the big exterior projects, we’ve managed to complete some interesting interior work.  In January I set about painting the boys’ space in preparation for the arrival of their new cages.

First the prep work began:  moving their cages to the blue room and then pulling up the vinyl we put down upon moving in to protect the teak.  Thy had managed to rip sections of it apart.

Then it was time to remove the random phone and coax jacks and then patch the holes.  A simple sounding proposition only there were four of them.  Here are shots of the north wall including a phone jack that had been chewed.

And next a close up of the hole on the right once I removed the cover, and it turns out that cover had not been chewed at by one of the boys but by a rodent.   As you can see in the image on the left the box was screwed in laterally to the studs and I had to cut through the screws to get the thing out and once I did I made a discover–whatever rodent had made chewed the cover had also been herding bird kibble.  The entire space between the studs was full of it.  Not one to waste useful things, I scooped out all the kibble into a bowl and over the next month tossed a handful out side for the wild birds.  They didn’t seem to mind a bit of dust on the food at all.  It’s now actually a daily thing for me to toss out any food the boys have left in their bowls when I tidy up their space and I now have quite a tweeting following outside.

After the north side was done I set about to get the south wall patched up.  While I didn’t find any bird food when I opened things up, I did find a rat’s nest of phone wires.  Not only did the POs have a TV in almost every room, they also put in 2-3 phone jacks in every room and all that wire runs under the house.  At some point I’ll go down there and pull it all out, but doing so is not high on my list of things to get done.  For this project I just removed as much wire as I could reach and then patched up the holes.

Once the holes were patched it was time to remove the blinds and start the prep work.  Painting went quickly though and in next to no time I had a finished room with some very special extra touches….