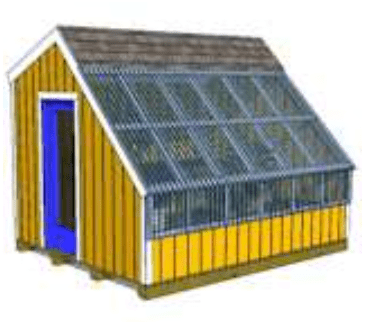 As mentioned a few posts back, we found some plans for the type of shed I wanted on a website called iCreatables. The plans included this pic on the frontispiece. It was very close to what I wanted but with three big changes.

Namely I didn’t want the plexiglass or glass windows to run halfway down the short wall as shown in the pic. Plus I where the door is shown I wanted a standard sash window and then another on the wall opposite. Then I wanted the door on right end of the back wall.

So I started calling about looking for a contractor who would take my plans and the materials list, modify as necessary and build me a shed.

That’s where things got messy.

I came close in the late spring of 2021 — a friend of our nearest neighbor but he never followed through. Then in the fall of 2021 Neighbor S put me in touch with Neighbor L who had just had a crew build a small shed. The pictures of their worked looked sound, so they gave me a quote and were willing to handle ordering the materials and having me pay. Then the first week of October they showed up and got to work.

First there was the delivery which was delivered via flat bed and deposited behind the sports court. Then the team arrived and got to work. The made alterations to the plans to accommodate the changes I wanted and then worked with me figure out basic sizes for the windows and doors I would need to order. Originally I had wanted a gorgeous outward opening door with a big window in it, but when I started picturing the shed in my head with two windows on each side wall, the addition of a third window seemed a bit much. I instead went with a solid door and made sure the windows, which would be on the east and west walls were big enough to help catch the prevailing breeze we usually have in the summer. 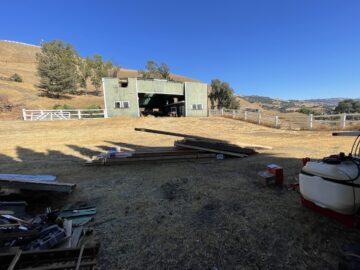 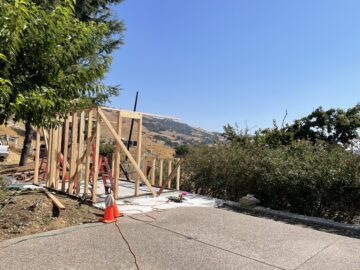 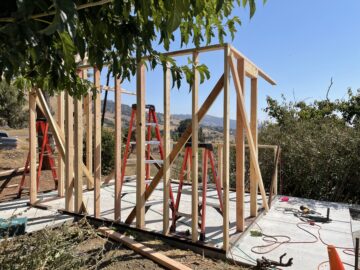 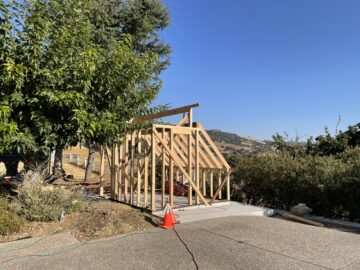 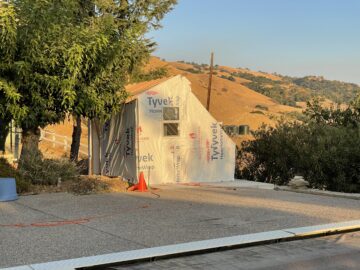 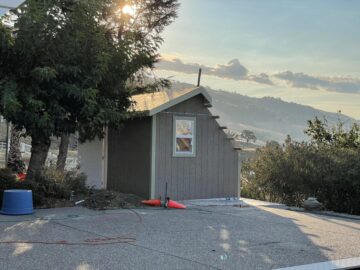