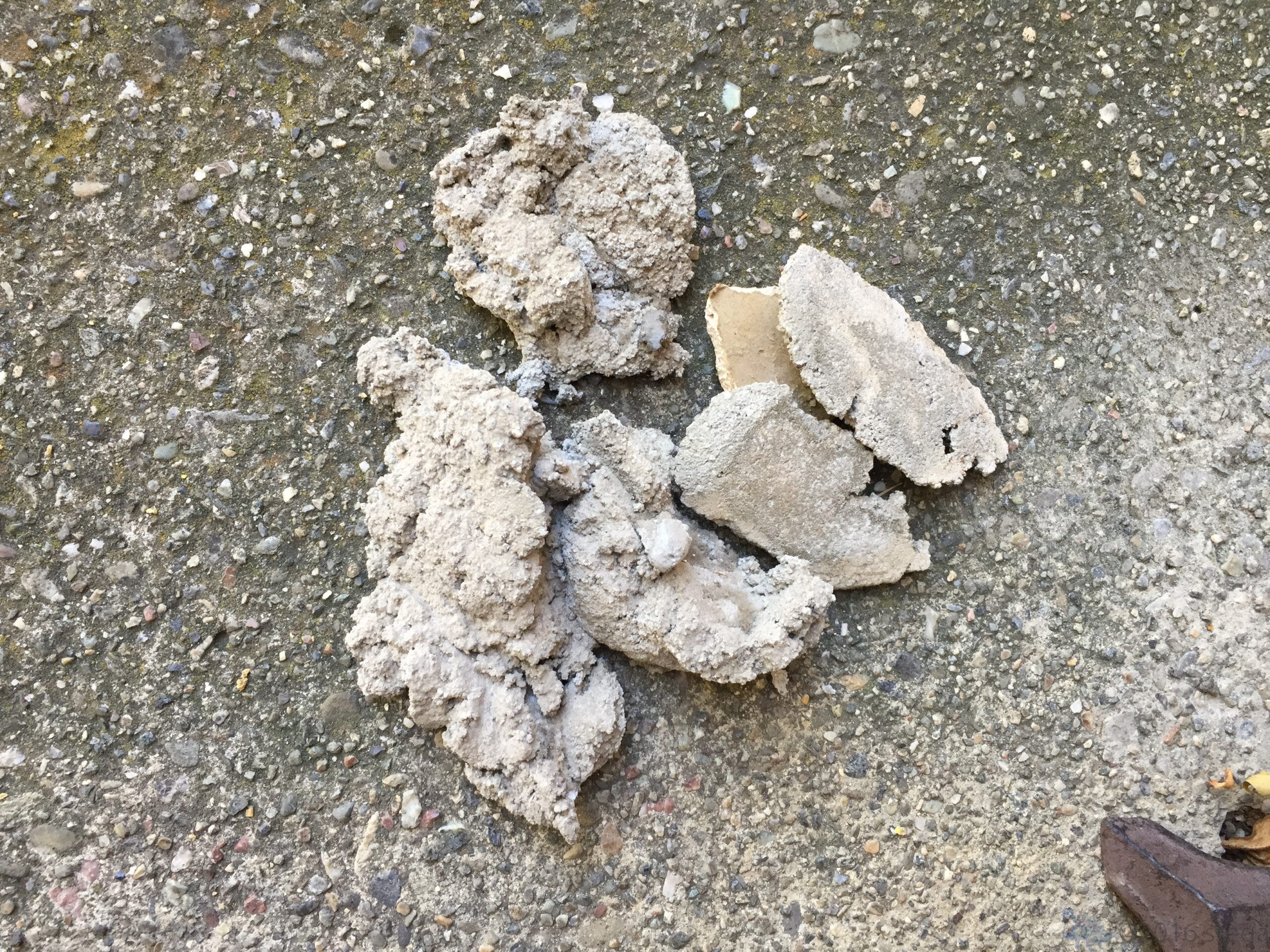 As noted in the previous posts as part of getting ready for winter we had our furnaces tuned up and a new thermostat installed for one of them.  The next step was then to get our ducts cleaned.  Since the Furnace Man doesn’t really do such work and nor do American HVAC and Plumbing, we made a call–well really sent an email–to Clear Thumb.  A few emails back and forth and we agreed to have them come out to do the work.

Of course this being Purgatory it wasn’t as simple as that.  Turns our our ducts were ZOMG so incredibly dirty.  That’s the only way to describe them–well not the only way, but the one does not use profanity.

So one morning a few days ago, two guys, Juan and Enrique, arrived and set up to get to work.  We were super impressed: they unpacked the contents of their van, set up a table outside with all their equipment so they had a workspace, walked through the house to get the lay of the land and then set to work.  Since they started in the north end of the house, I moved the boys to their play stand in the studio and dragged their cages outside to clean them so no one would be in guys’ way.  By the time I was done with the cages, Juan and Enrique were done with the first few vents.  It was a long day though as we had 27 of the 29 vents/air returns cleaned.  (We didn’t bother with the vents in the downstairs area of the great room as we plan on decommissioning those.)

And what dirty ducts we had.  The guys said they normally have to make two, maybe three passes with the brush-vacuum device and they usually only change its brush every few jobs.  This being Purgatory and given the previous owners inability to do any preventive maintainence, they went through a couple of brushes that day as each vent required at least 6 full passes to become acceptably tidy.  To give you an idea of just how nasty things were, here are some before and after shots.  (The guys sent me these images after they were all done so that I could write this post.) Looking straight down into a vent: Then there was the busted vent we’d known about since the initial house inspection:  they addressed that issue as well. Once all the ducts were cleaned they fixed all the vents so that our less-than-even-marginally-efficient furnaces would be slightly more efficient by making sure all the vents were straight, sealed and insulated. Then all the register covers which they thoroughly cleaned were put back in place. The guys ended up working for close to 9 hours and while obviously the amount of dirt and grime meant we went over the original cost estimate (plus the decision to better seal the vents instead of leaving them as they were meant additional costs), but it was definitely money well spent.  We intend to keep the diesel furnaces for at least a few more years as we have much more pressing projects to which to apply the monies.

Added bonuses:  the guys had to move a bookshelf away from one of the return vents and it was too heavy so they removed a books from some of the shelves.  When it came time to put things back as they were, Juan had taken a picture of the books as they were on the shelves and then used that to get them all back in their original spots.

When they were all done they walked through the house with a backpack vacuum and sucked up any dust left over from the process so when they left it was like they hadn’t even been here.  Of course we know they were and this winter we will certainly appreciate the work each time the furnaces boot up as we will no longer smell hot dust and who knows what else.  Now all the remains to do is to have the crawlspace under the house cleaned out, the insulation redone, the hot/cold water pipes insulated and any holes to the exterior sealed up.  We hope to get that done sometime this month.

Lastly, the shot at the top of this post is of some of the concrete they pulled out of the vents.  Seems when the previous owners had the bathrooms redone the contractors were not very tidy.