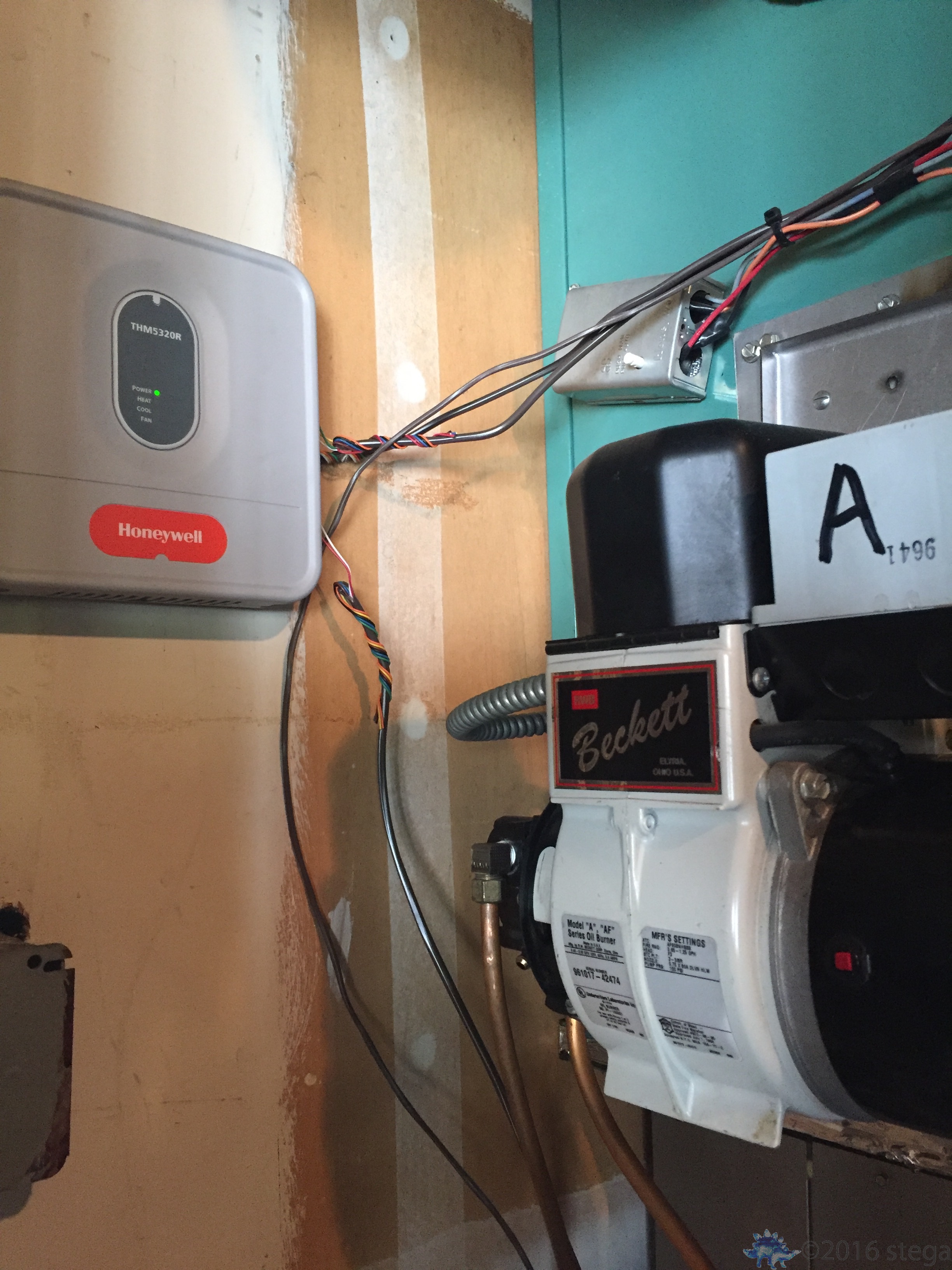 One of the more stupid things here at Purgatory was the location of the thermostat for Furnace A.  (For those that missed the last few posts, we have two furnaces and one is labeled Furnace A.)  The thermostat was in a room that measures 26 feet by 26 feet by 24 feet high.  Why?  We have no clue.  Here’s a shot of where it was located in the great room.  It’s on the wall to the left of the door into the butler’s pantry of the kitchen.

Anyway, once we got the furnaces tuned up, we turned our attention to getting that thermostat moved so that in the colder months we could better manage Furnace A.

Furnace A seems such a cold, clinical name and while it is tempting to give our furnaces some other names to anthropomorphize them, the letters A and B are clearly marked on them and so Furnace A and Furnace B they shall remain.

Since the Furnace Man charges lots and lots of money for one hour of work (plus travel time) we called our electricians (Voltz) to see if they could help move the thermostat.  They don’t do such small fiddly projects, but they do give good advice and solid recommendations.  They suggested, since they’re familiar with the house, that a wireless option might be easier and they gave us the number for the company they usually recommend (American HVAC and Plumbing.)

So I then called american HVAC and they sent Mike out a few days later.  He installed a super spiffy Honeywell wireless thermostat.  He was a bit daunted about dealing with our diesel furnace as it is such a dinosaur, but he wired everything up and then put the controller in the laundry nook which is in the kitchen and it all now works. Thus, this winter if we chose to run Furnace A, we can shut the accordion doors that lead from the kitchen to the great room, drop down some draft stoppers and be all cozy.  That’s a big if though, as last year we never fired up Furnace A as the heat bleed off from Furnace B was usually enough to keep Agent Smith from shivering in his office and if he did get chilled he has a nice DeLonghi heater just like the one I have in my office to ward off the cold.