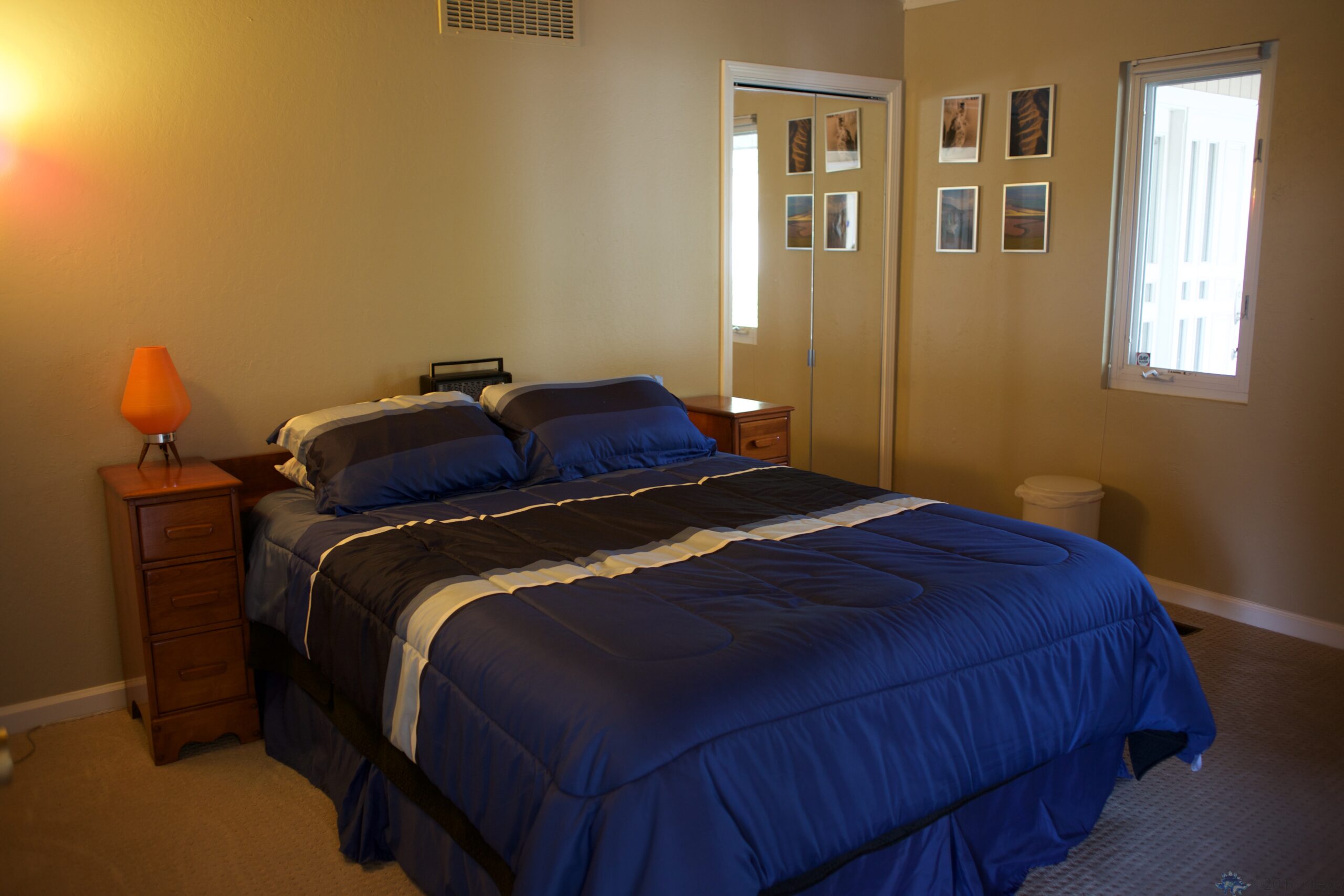 Since all the furniture had been moved out of the guest room to allow for the furnace work, before moving everything back into it, I took the opportunity to paint that space. Instead of agonizing over color choices, I kept it simple and painted the room the same color our regular big-project painter Humberto used in the north hallway a year earlier.

The room’s original color was rather dark and pretty boring, but while painting it I discovered it had once been a very cheery yellow, as when the POs had it painted they didn’t bother having the smoke detector moved and it was just painted around.

Here’s a shot of the yellow patch, surrounded by the color it was and then the first coat of the off white it was to become.

Once a couple of coats of paint were on the walls, I decided to add something a bit different to the walls. Since the trees I had painted in the boys’ space had turned out so nicely, I decided to try my hand painting another one.

This time I wanted to paint an oak tree. The trunk and branches I painted freehand with the same Rust-Oleum paint I used for the trees in the north hallway. Painting the tree in the corner of the room allowed me take advantage of the very high ceiling in that spot.

Once the trunk and branches were in place, I used my handy Cricut and created a bunch of leaf polystyrene stencils. Then it was two weeks of painting leaves, as I built up layer after layer using my various stencils and a sponge. This time, instead of working in a solid mix of various shades of green, I loaded my sponge up with paint and was able to create a much more realistic mottled affect. My thumb ended up quite green as well.

Here’s a close up of some of the leaves. I’m really pleased with how the tree turned out, and more pics of the finished space are coming up in the next post.