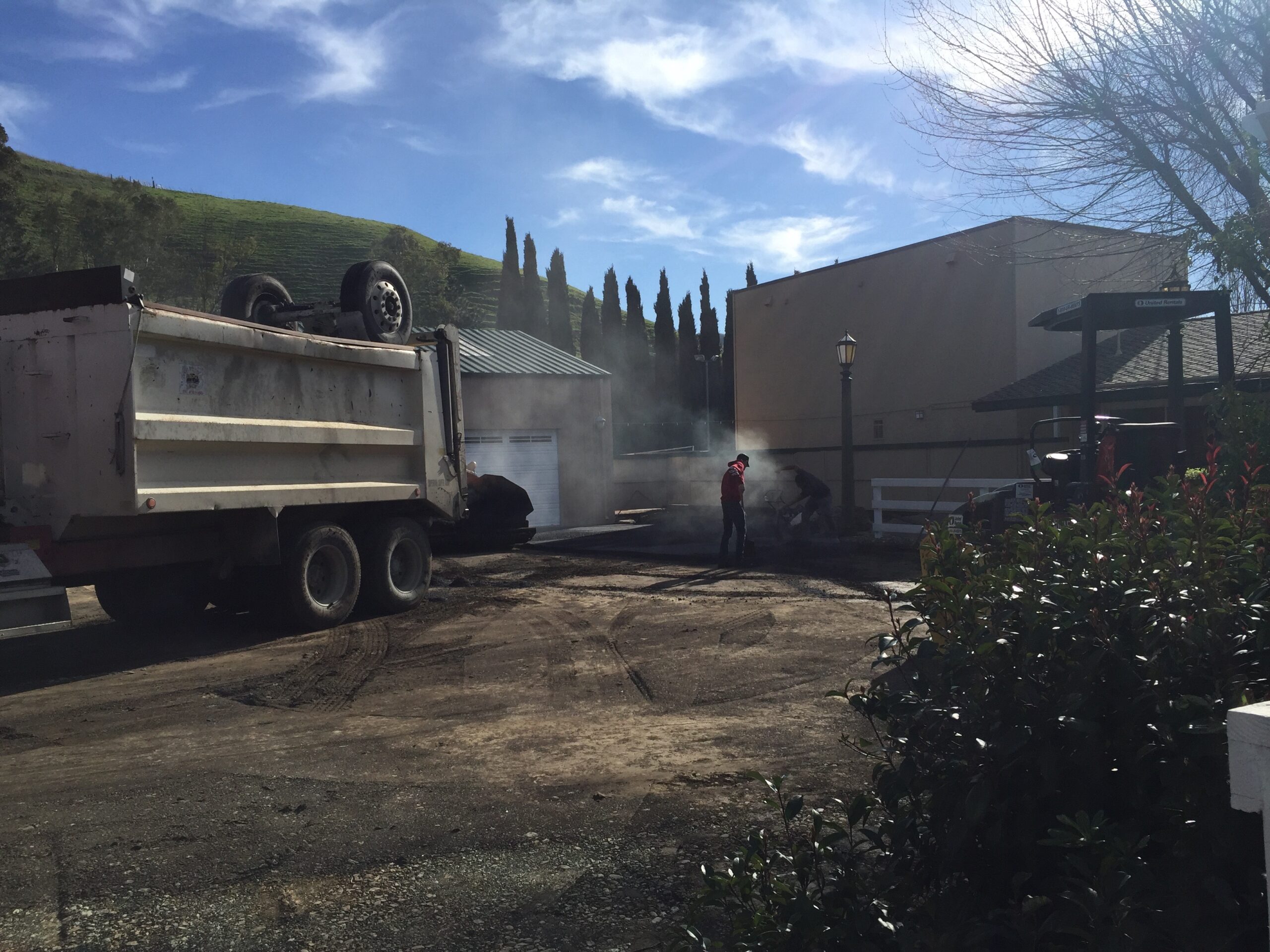 Finally in mid February we were able to start putting down asphalt.  The crew started in the courtyard and had it done quite quickly.

By noon that day they had the entire courtyard done and moved down the driveway towards the house yard gate. The issue I mentioned in the last post regarding the four inch step that had existed between the garage pad and mud was corrected by the application of a lot of asphalt. This was the smashing result. We even had them add a little apron making access to the ramp that was created for the wall project a bit less likely to damage the edge of the driveway.  We now use this point often to get down to that area of the property. Of course this being Purgatory it was not all smooth sailing.  Shortly after the crew crested the hill on our driveway, things started to go off the rails.  The driver of one of the asphalt trucks that arrived with hot material soon discovered his hydraulics had failed and there was no way he could unload.  He then had issues getting down off the hill and apparently the entire truck was done for, as there’s no easy way to dislodge that much hot asphalt from a truck once it has cooled and set.  Then a second truck that was sent up was an automatic and couldn’t climb the hills.  This one was really annoying as our crew had told the asphalt plant not to send up an automatic for just that reason, but they did anyway and we ended up short on asphalt and the crew was unable to finish the job that day. They managed to get about 50 ft from our gate with still the last 100 feet and the easement our neighbor use left to pave.  It would have been a simple enough project to come back the next day to finish the work but the weather forecast said rain so the asphalt plant shuttered for that day.  Of course it didn’t rain that day, but it did rain the next day and for several weeks after.  Thus it was another four weeks before the last of the work was completed. Then just to add insult to injury, the crew’s dump truck broke an axel so they couldn’t get their paving machine down off the mountain for a week.  The company owner sent me this pic of the damage.

In the end everything got sorted and we have a lovely new driveway, assuming Agent Smith refrains from driving Tony across sections of it in the future.