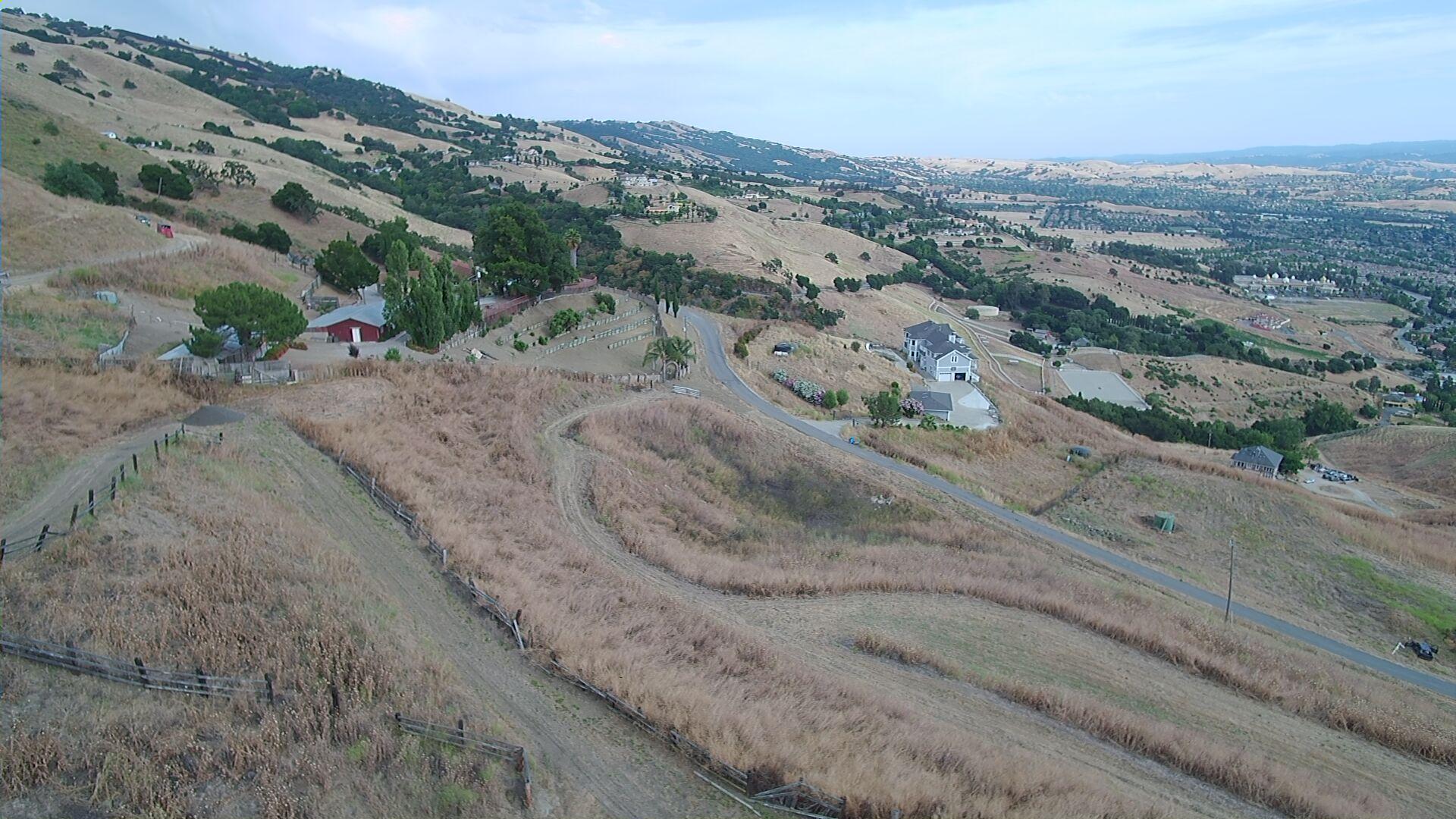 Back when the house was first built, the doc used his giant tractor to cut earth from the bottom of the south pasture and move it midway up that hillside to create a rodeo ring.  As a result we have our own little pit and instead of tossing bodies into it, we’ve been using it somewhat successfully to dispose of concrete from various projects.

“Neighbors” down at the end of the low road have been doing some sort of project these few weeks that involve a several hundred loads of dirt being trucked in by a rotating herd of large dump trucks.  We sent the drone over to sort out what they were doing and still have no clue what exactly they are hoping to achieve, but they have certainly made a disaster of our road.

This past weekend, Agent Smith sent the drone up to capture some images of the pit so that we can provide the information to a geotechnical engineer. (Sadly the mob we used for the wall project don’t do much grading work, but they referred us to someone who might be able to help.)

So here are some more detailed shots of the south pasture and our Pit of Sarlacc.  The pit is the depression of greener grass in the center of the first image. A view from higher up looking down into the pit.  The large white objects are old concrete from the wall project.  We will soon be moving the pieces on the edge further down towards the bottom of the pit.  Added bonus:  in the last one you can just see the mail truck running down to drop mail off to our neighbors. A side views of the pit looking west. In addition to the stills above, Agent Smith captured some video which I then edited down with some annotations.

And remember how I mentioned the dump trucks damaging the road?  Here’s a good shot of what I mean: