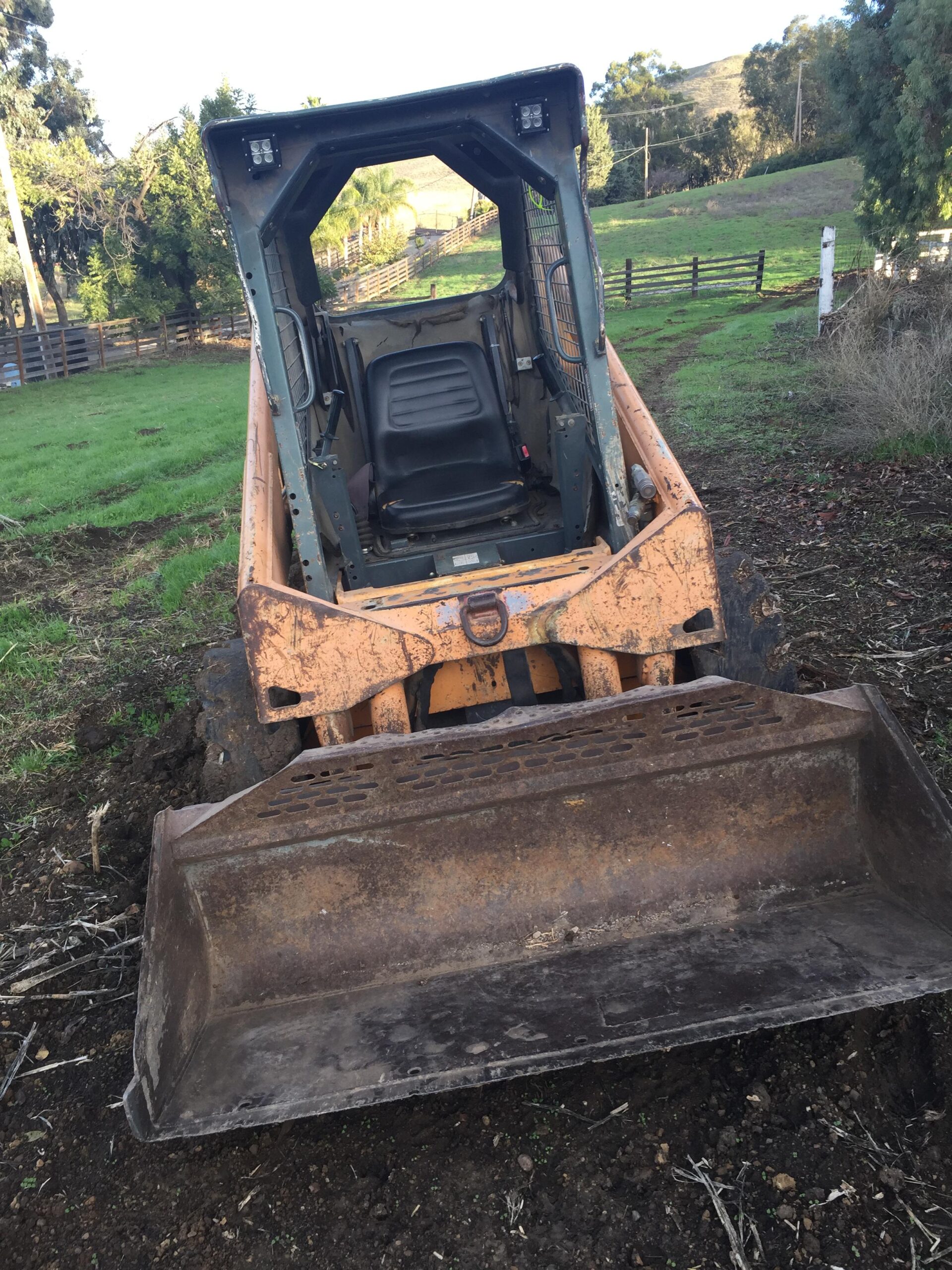 Posting here took a back seat these last few weeks as not only were we getting ready for winter and the rains it will bring, which means finishing a number of projects and mapping out some new ones for the spring, but writing about work here was delayed due to me being called in for jury duty.  Unlike past experiences where I went in for a day and then home that afternoon after being found unworthy, this time it was quite a slog that lasted a week and a half.  In the end though I was found unsatisfactory for someone unknown reason and I was able to return to Purgatory.

I celebrated like any ranch girl would, by moving a few tons of rocks.

k at the start of the year we had the old concrete pad that the dog kennel (long since demolished) demolished and a new pad poured. (Onto that a generator will eventually go.) The remains of the old pad sat in the west pasture ever since and since rains here mean lots of mud, I spent all of one Thursday scooping up rocks in Giggles (the skid steer) and lifting them into DumpyMcDumpFace.  Then I made the drive up to the remains of the spoil pile where I unloaded the rubble and returned to the pasture for another go.

Here’s a shot of the spoil pile before when most of the asphalt had been sorted.

And here it is now with the concrete rubble added in.  We will be using some of the bits to finish filling in the drainage ditch at the bottom of the south pasture to help slow the erosion issues.