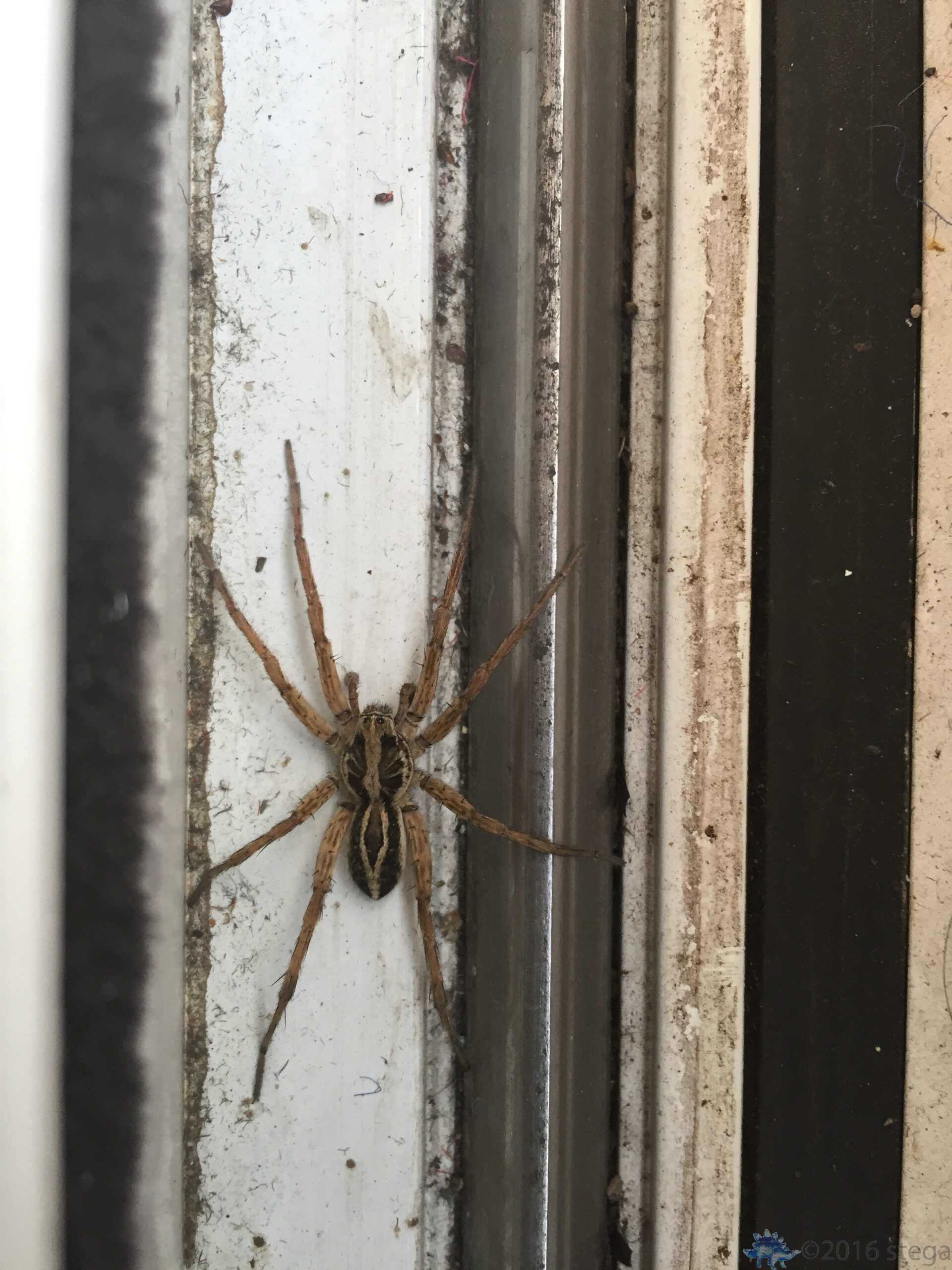 A few months back we discovered a termite funnel emanating from the electrical outlet above the washer and dryer.  With much trepidation we called Planet Orange as their construction people and removed the deck that surrounded the old hot tub for us late last year.  They actually specialize in termite control measures and building/removing deck work is an offshoot of their normal business.

Anyway, an inspector came out and went over and under every part of the house.  This included the crawl space that runs under almost the entire house.  Now we contract with Bay Valley Pest Control to have them come out every three months to spray the exterior of the house to keep the insects that are in the area from coming in to our house.  This includes the earwigs, millipedes, centipedes, ants, etc.  It doesn’t include termites though and BV doesn’t do termite work.   Of all the bugs and arachnids we have the most pernicious are the earwigs.  Here’s a shot of one taken from Wikipedia.org.

These guys are everywhere.  Pull apart old fencing, destroy a structure, start water moving through a hose, move some rope that was damp the night before and these guys will scurry about.  The worst is if I hang up a damp swimsuit one day and the next day I have to remember to turn it rightsize out and shake vigorously otherwise there are sure to be some waiting for me

Then we have a bunch of other small creepy crawlies that fall into the “not-an-earwig-not-a-spider” category and then of course we have these guys: Aphonopelma smithi aka the Bay Area Blonde Tarantula.  We met this guy last summer while he was off on his death march to find a mate.  “The Bay Area Blond tarantula spider lives in an underground burrow lined with silk for most of its life, until it is about 7 years old when it reaches maturity. At this time the males leave the burrow to find mates. Males can be found on Mount Diablo in Contra Costa County, looking for mates, from September to early October. Many people go to Mount Diablo to watch the tarantulas at this time of year.”  We don’t have to travel for the festivities as these guys march right across the property.  Like all tarantula’s the females live longer and do not leave their dens unless disturbed and this, plus the possibility of rattle snakes is why it’s best to move slowly and wear protection when clearing debris.

But back to the termite issue, while I waited on a quote from Planet Orange I called around a bit and other businesses charge close to three hundred dollars to do an inspection and they refuse to quote based off someone else’s findings.  Of course then there was much dithering regarding do we start the south drainage project in conjunction with having the house treated and we had that quoted out as well, although in the end we decided to not have that work started at the same time. (More on that whole project at a later date.)  In turns out we had subterranean termites with just a few areas showing signs of drywood termites.  Treating for subterranean is quite a bit easier and less expensive than dealing with  a major infestation of drywood termites

So a crew came out a few days back and got to work.  First they had to sort out how to treat the area with obvious infestation signs as while we thought that the crawl space extended through the bathroom and along that wall, it does not.

The image to the left is of one of the guys sorting out what pipes were where and how to drill to be able to inject the stuff without breaking any pipes or running into any electrical wires.  It took the crew a good half an hour sort out what was where and how to approach the situation.  Then another twenty minutes later they had injected the treatment “stuff”, cleaned up the electrical outlet where the initial funnel had formed and got rid of the debris in the wall, sealed it up and repainted.  Thankfully I was able to find the tin of paint left in the garage by the previous owners.  A cupboard full of half used paint tins was one of the actually useful things they left us.

Here’s a shot of the area post-treatment.  Once the paint had dried a bit the washer and dryer were moved back into place.

Then it was time for the drilling to begin.  One of the guys submerged himself beneath the house and got to work drilling and injected while a second guy went about the exterior and drilled through every eighteen inches.  Since there are large 4×4 concrete pavers that run along almost the entire perimeter of the house, this meant a lot of noise and dust.

The holes weren’t really much to see:  each one was less than a half an inch in diameter but about 18 inches deep.  Once the guy was done underneath the house, they headed off for a late lunch and then returned to inject and then seal up the holes with fresh concrete.  The below images show the three stages.

So while not a super exciting project it’s done and we should be less buggy in the long run.