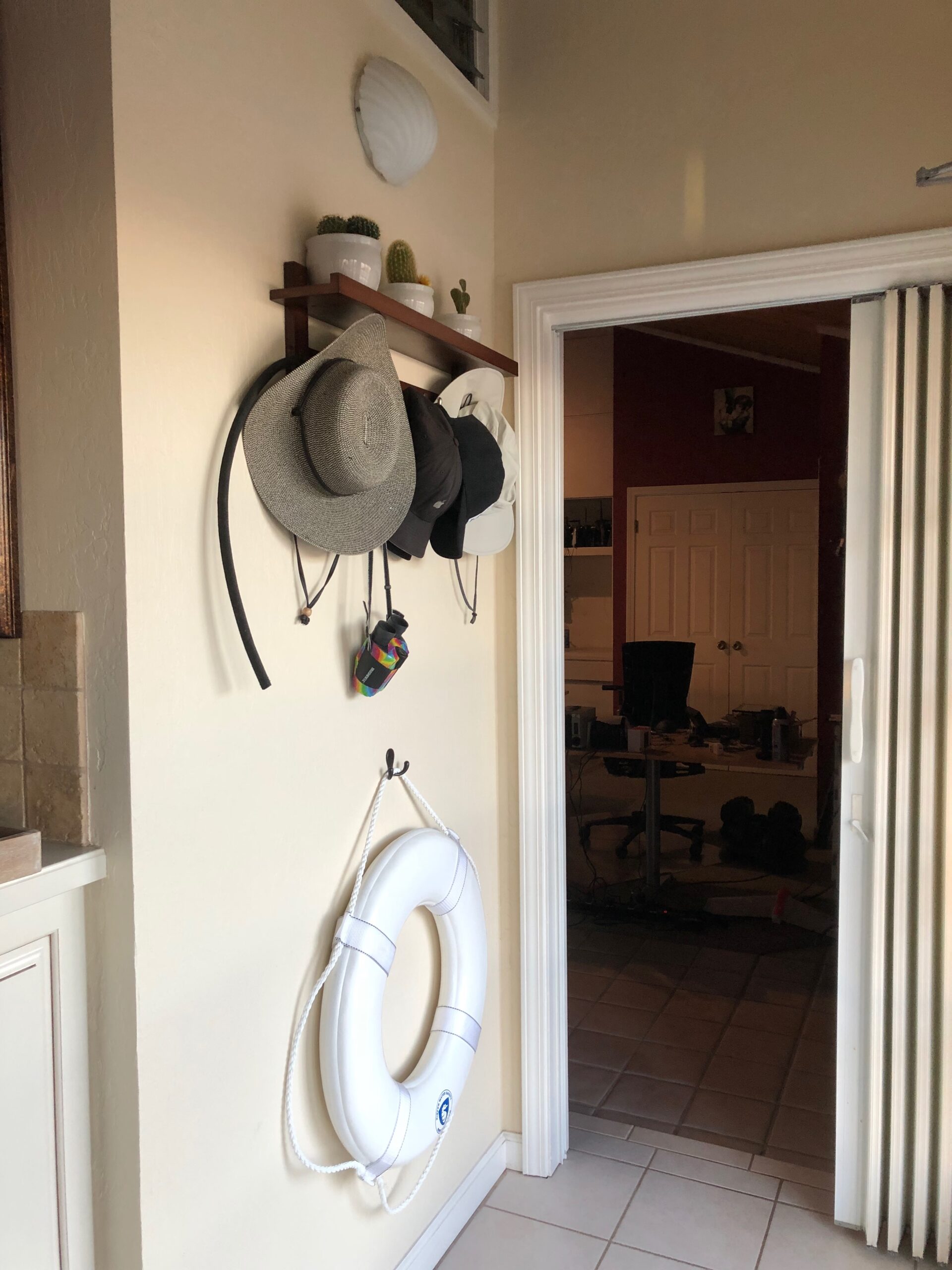 One last recent addition in the kitchen was so simple I installed it myself the same day Agent Smith and his father took apart and cleaned the clothes washer.

The back story is this: the POs at some point installed a swing door right next to the sliding glass doors that lead outside from the kitchen. This swing door also opens up to the outside but was installed poorly. It doesn’t seal well and in heavy winds, if it’s not locked, it blows open. Back in 2016 we had the locksmiths out to change the inside lock from one that required a key to a simple bolt, and since then we’ve pretty much ignored the area.

When we moved in, across from the swing door was a bare wall with two picture hooks that once held up something or other that had belonged to the POs. We were using the hooks to hang the life preserver and thus keep it out of the harsh summer sun, but it was not the most pleasing or optimal solution.

Enter Amazon once again and I found a shelf/coat rack that was long enough to fill the space nicely.

A spare coat hook down below the shelf now holds the life preserver.

With some pretty live cacti sitting up on the shelf and our various hats and a set of binoculars now easy to reach, it was a super easy improvement to an area of the kitchen to which we had paid almost no attention to until now.