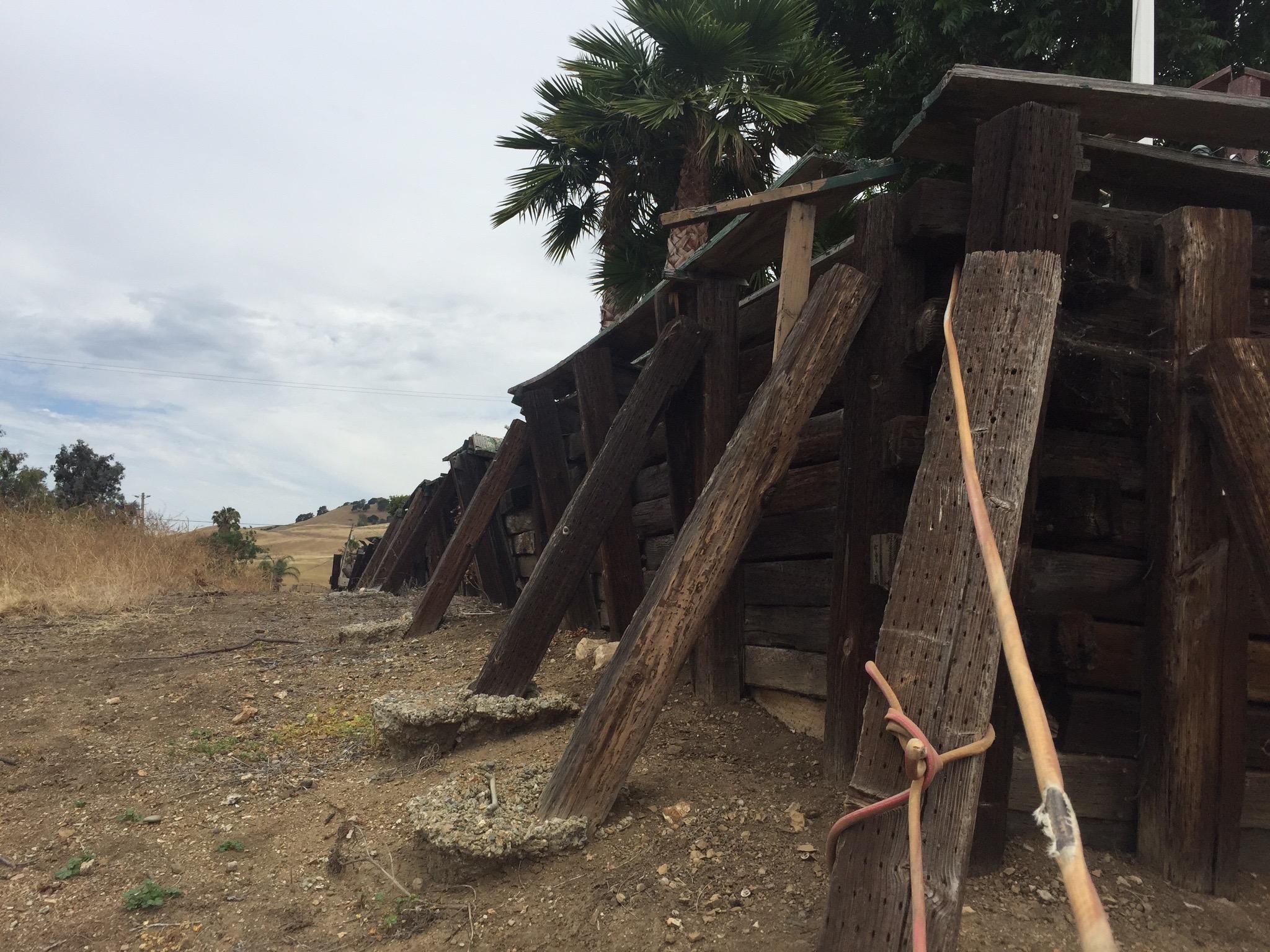 We have something of a wall problem. Or a lack of wall problem, depending on where you stand.

On the west side, there’s an old wooden retaining wall made out of creosote-soaked sleepers (railroad ties to most). It might have been OK a few decades back, but it’s cactus now and needs replacing. Not a huge drama, it’s been failing for a while and mostly just means the outside edge of the garden is a bit rounded and stretched out from where it used to be.

The south side, however, is a different deal. The deck and pool edging are heading down the hill, and we really need to stop them before it gets much worse. The edging is pulling away from the pool, meaning that water can get in and accelerate the process, while the deck is already a couple inches downhill from where it started.

You can see signs of previous efforts to keep things in place once you scramble around on the hillside a bit; there are H beams sunk in a row along the hill face, some concreted surfaces, and the debris from several drainage schemes scattered all over the place.

Phase 1 of the project will be to secure the south hillface, replace the deck and fix the south-side pool surround. This is likely to be … interesting … as access is somewhat limited. We’ll update with more details once we have selected a contractor and have some real plans in place.

Phase 2 will be to R&R the west-side wall. This is likely to be at least partly a DIY project, as Smith Senior has already been scouting earthmoving equipment rentals. It should be entertainingly photogenic as well.

West Side of the Wall

South West Corner of the Wall