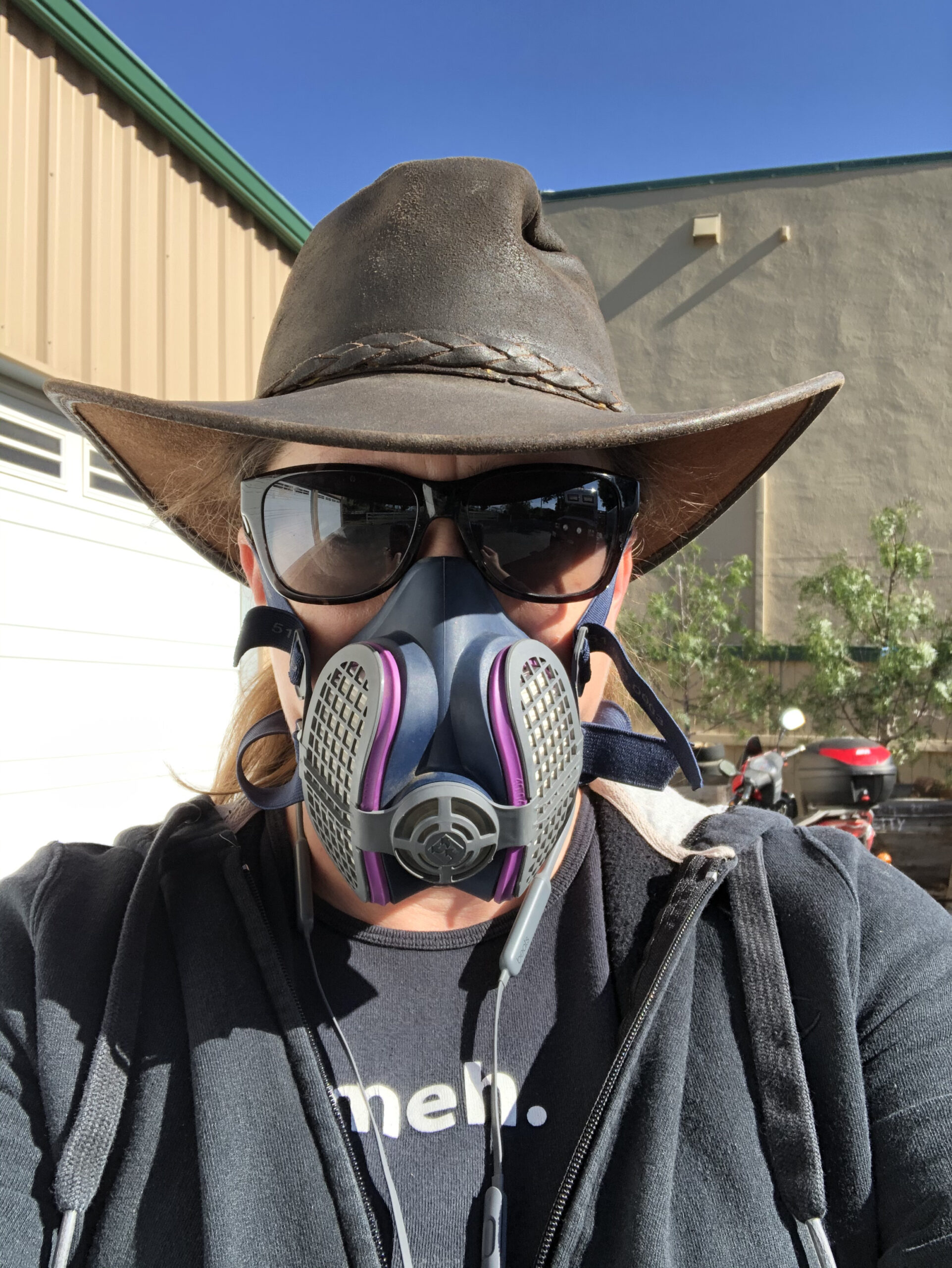 Since moving here we have filled roughly two dozen dumpsters. Our first one was a big 40 cu yd, but getting those up the mountain is a bit difficult so since then we’ve pretty much stuck with 30 cu yd ones. (See these past posts here and here.) At first it was clumps of 2 or 3 every few months. Now we get just one or two in a year. (We always manage to fill them, although there is usually a bit of space left and we offer that up to some of our neighbors.)

Below are a collection of various dumpsters that we have filled as well as some of the stuff that has gone into them. 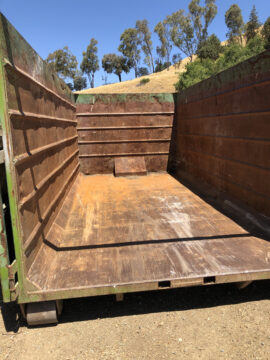 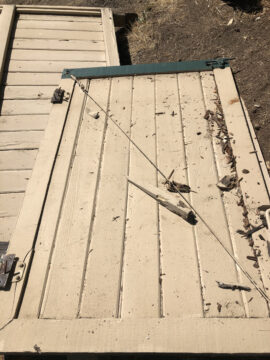 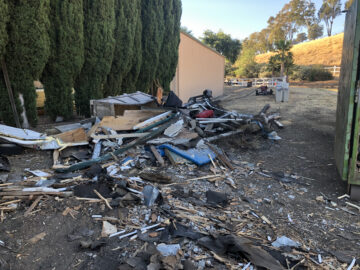 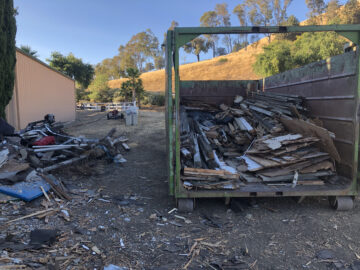 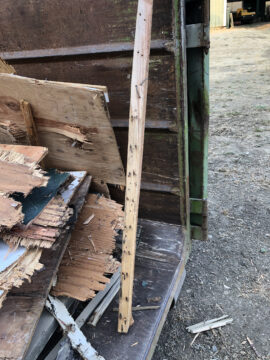 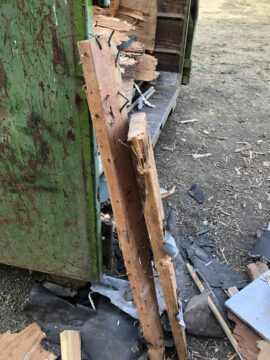 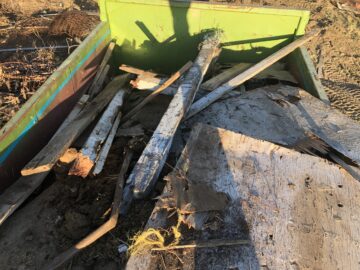 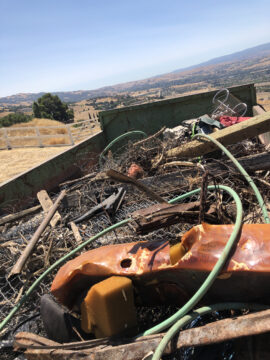 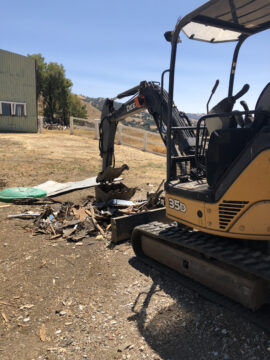 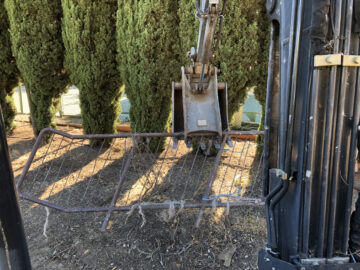 The above gallery shows off the rubbish we have cast away, as well as a few shots of our excavator helping out, but the below video I shot while moving an old beat up metal gate into a waiting dumpster is an even better illustration of how useful it is.

But wait, there is more. One of the things that went away a while back were the sections of old sewer pipe that were half-buried out by the main gate. These originally serviced some sort of mobile home that dates back to when the Doc owned this place, but had been abandoned out there for some forty or so years. While no human waste was inside them, there was a lot, and I mean a lot, of dust.

We continue to regularly create a large trash pile out behind the sports court as new projects are completed. The pile usually starts small and then suddenly blooms in size, but the timeframe varies quite a bit. Right now as I type this out there’s already almost a full dumpster load out there and we filled one just two months ago. (This is due to a huge garage project that I’ll write about soonish.)

Which brings me to the topic of what it takes to fill a dumpster. Sadly one cannot efficiently fill a big dumpster with solely an excavator, in fact, we only use the excavator at the very end. Partly to load extremely heavy items, but also since it can put out a lot of force, we use it as sort of a downward battering arm to compress most of the loose stuff. If you checked out the first gallery of images earlier in this post you will have seen the image to the left.

As you can see we try to be organized in our filling and all wood and long bits go in first. We walk them in piece by piece and it’s a pretty arduous task. On top of that, until recently there were always a ton of small bits and pieces that then had to be picked up by hand and tossed in to the dumpster. This bit of the project always took the longest and was the most annoying, but now we have a huge upgrade since the last dumpster for this bit of work.

We bought our own dumpster.

Not a big huge 30cu yd job, but a small 2yd that can be picked up with our skid steer and then dumped into the larger one. This should really speed up the process of filling future dumpsters. 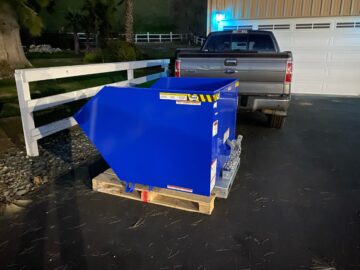 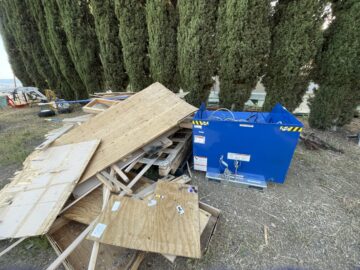 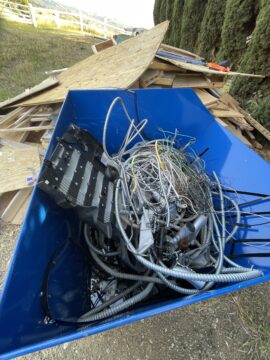 Yes, not the most exciting of topics, but dumpster filling is a regular part of life here at the ranch.