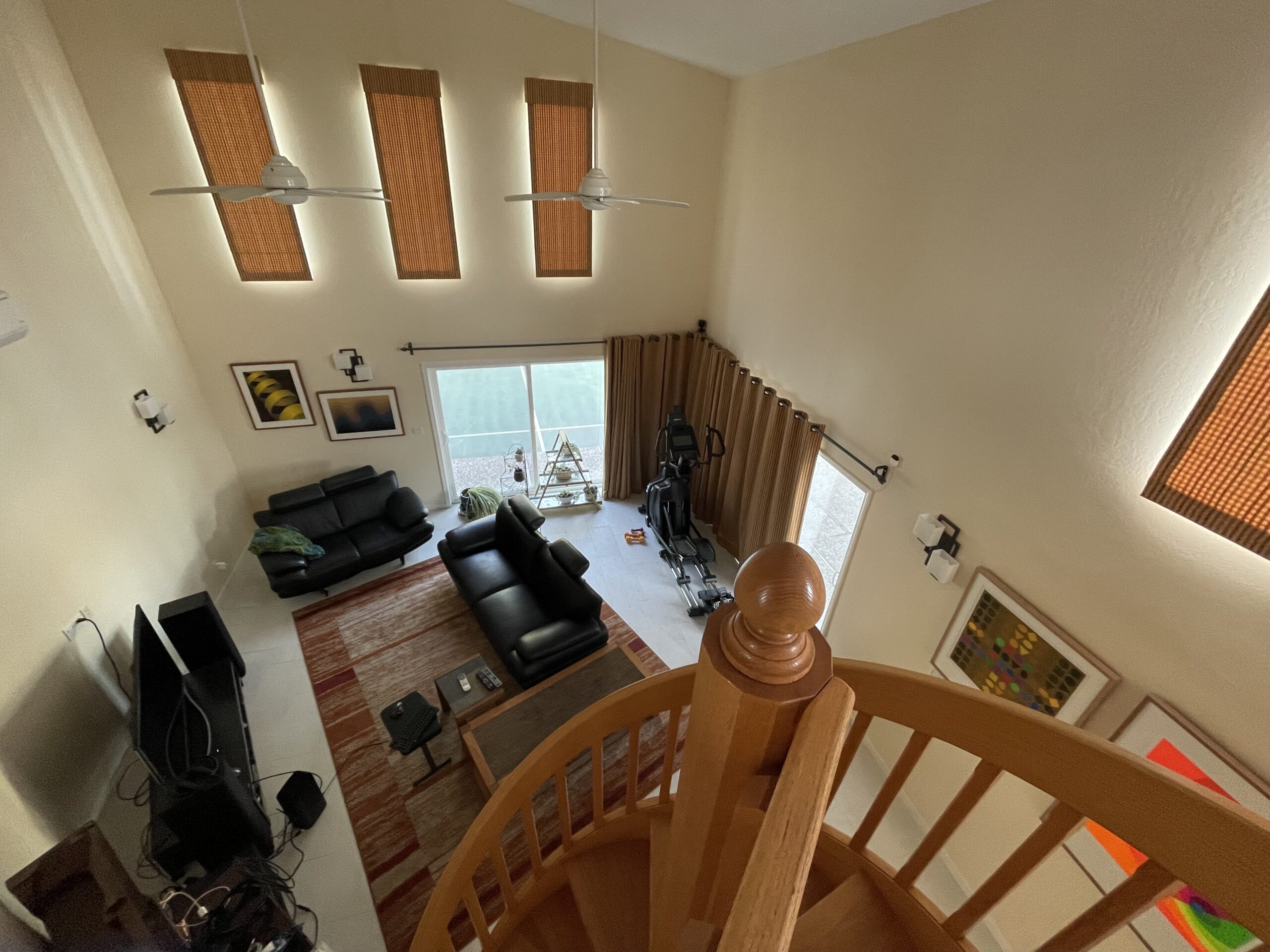 For a long time the walls of the studio building were barren. I have been adding things into the space over the last few years and it is now really coming along nicely. I haven’t filled it up and probably never will — especially considering the ceiling is over 24 feet high.

I started small and took some old frames that used to hang in the closet of the master bedroom of our old place in SF. I painted them the same orange color that is used on the west interior walls of the building. Then I printed off some aerial shots of our place and the resulting crafty project now hangs near the spiral staircase.

A few other bits of real art are also now up on the walls as well as some of Agent Smith’s old RC planes — which he built himself, and while all have been flown — some quite a bit — they are no longer flight worthy. It seemed a shame to toss them, so instead they hang on the walls.

Here’s a quick gallery of the space as of writing this post. 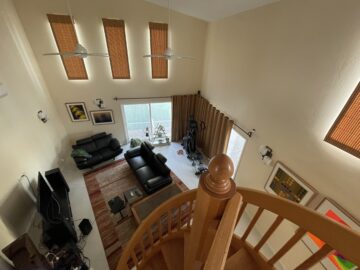 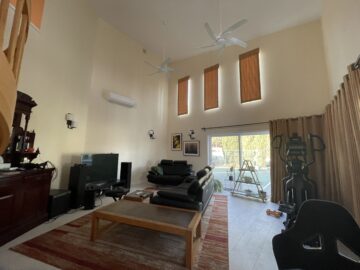 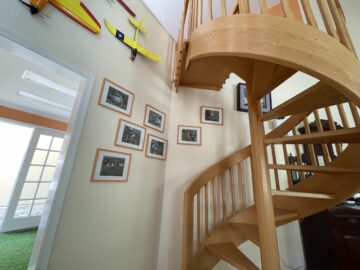 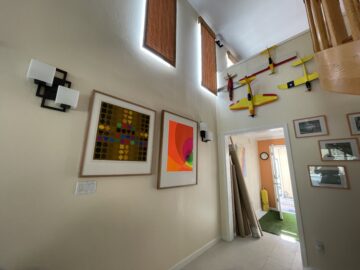