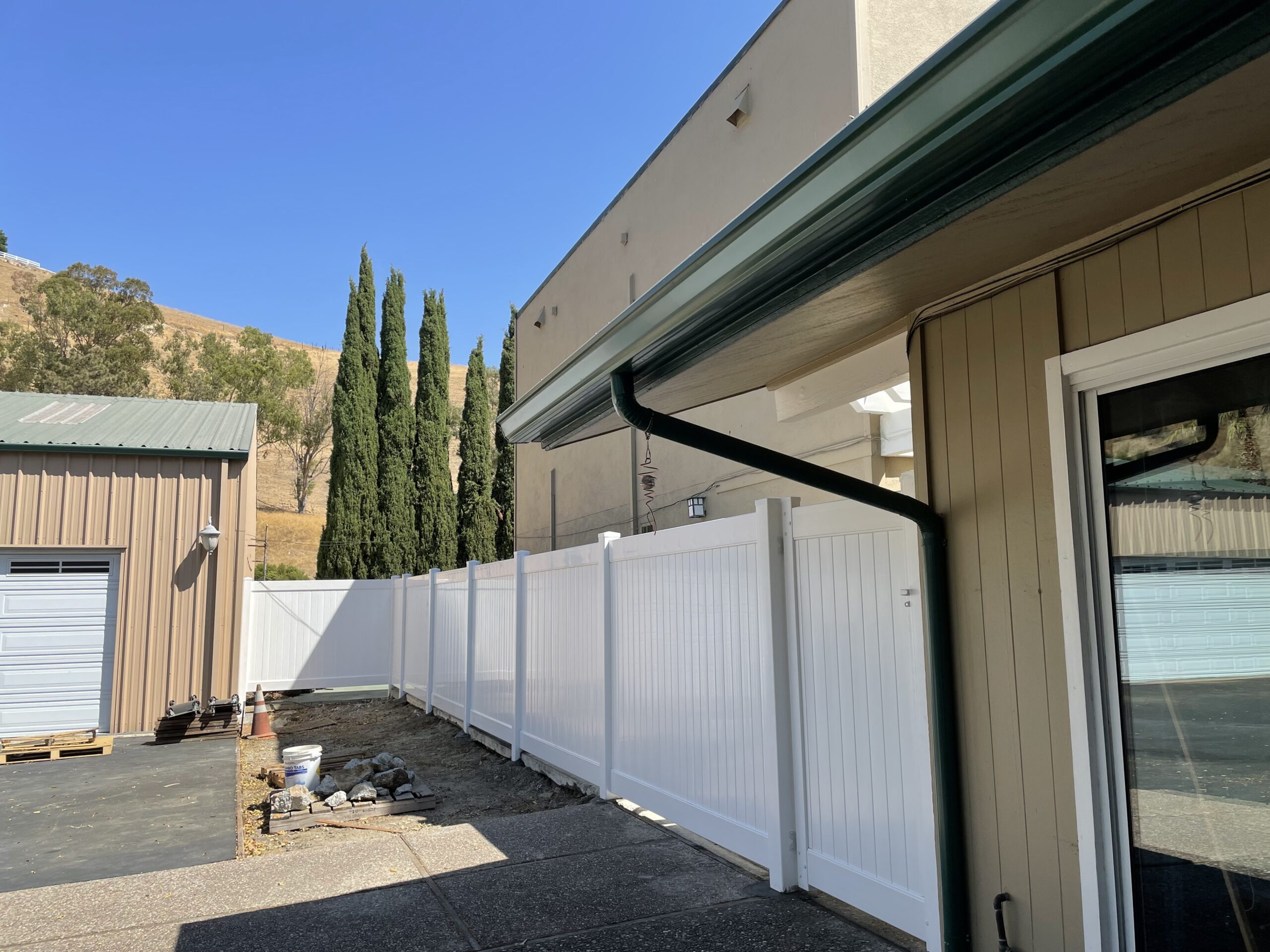 The big storm we had back in 2021 also took out the rotting wooden privacy fence that runs along the north wall of the studio building and over to the garage. We weren’t particularly upset about this outcome, as the fence was an eyesore. Rotting everywhere, it originally had three gates but two of them had been inoperable since the previous owners owned the place. We hide our trash and recycle bin on the back side of this fence in the gap between it and the building wall. It blocks direct access to the pool area and basically tidies up the courtyard area as it finishes off the U shape created by the wings of the house, the studio building and the garage. 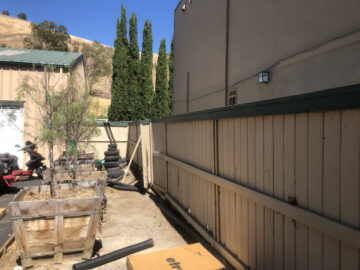 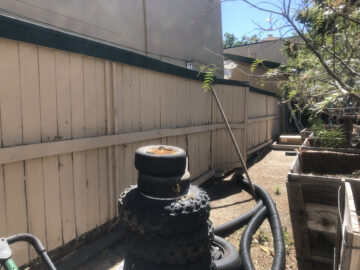 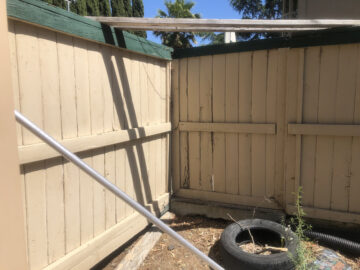 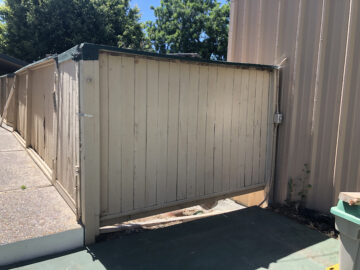 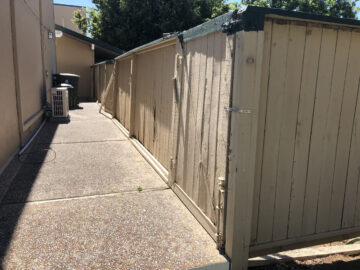 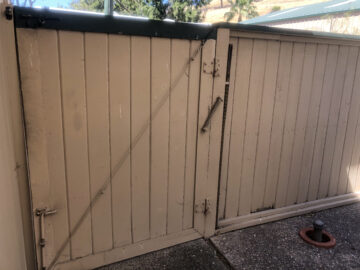 I had our gardener pull out everything and into a waiting dumpster it went. Here some shots of the area once it was removed as well as some of the bottom showing the messy rotting mess at the bottom. 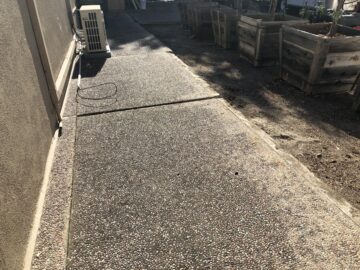 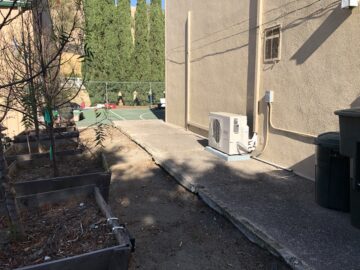 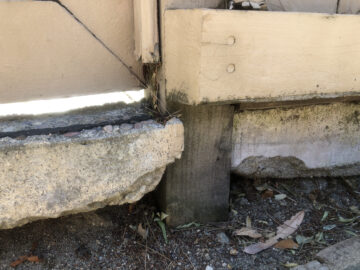 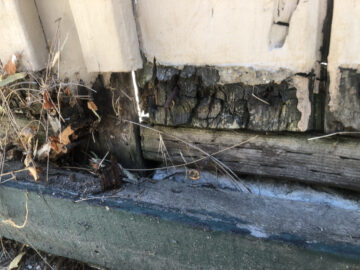 Then I eventually found a fencing company to handle the job. I went with Delmore Fencing and they did quite a nice job. We did, of course, hit a snag. When the POs built the studio building, for which they poured the huge concrete pad the building sits upon (the pad also surrounds the pool,) for someone unknown reason they ran the electrical RIGHT underneath one of the posts. Of course when the crew were readying the old holes they nicked the conduit. For now we resealed it up, but when redo the front landscaping, we will be replacing that run of wire completely. 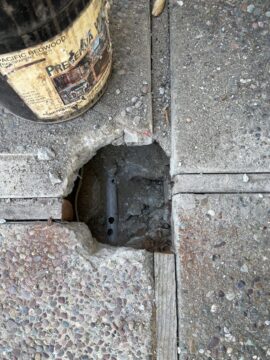 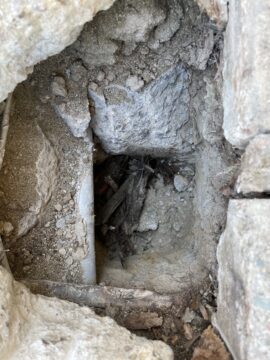 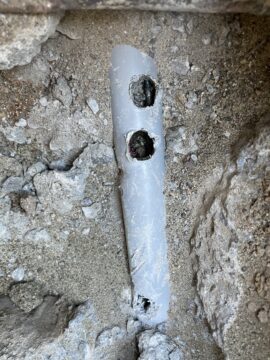 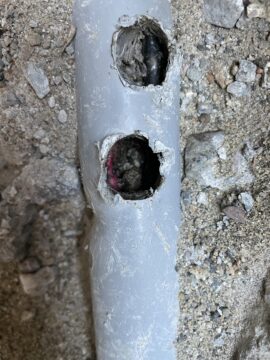 After the holes were prepped the guys got to work and put up the posts and then slid in the sections. We went with some material from Plygem and the new fence is quite a bit taller than the old one. It’s also a lot prettier. Once the area in front of it is planted as part of the upcoming landscaping project, it will look even nicer. Now there is just one gate and it’s super nice. We no longer have to reach up and over the back side to open it up as this one has a nice leaver that can be accessed from either side. Not a huge project compared to other stuff that has been done over the years, but definitely a dramatic cosmetic and functional improvement. 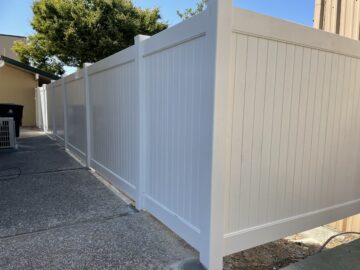 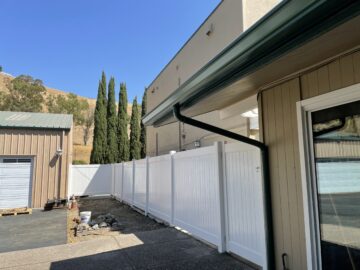 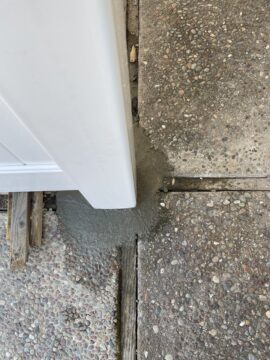 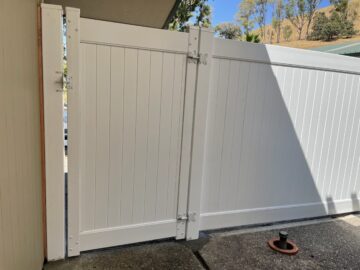