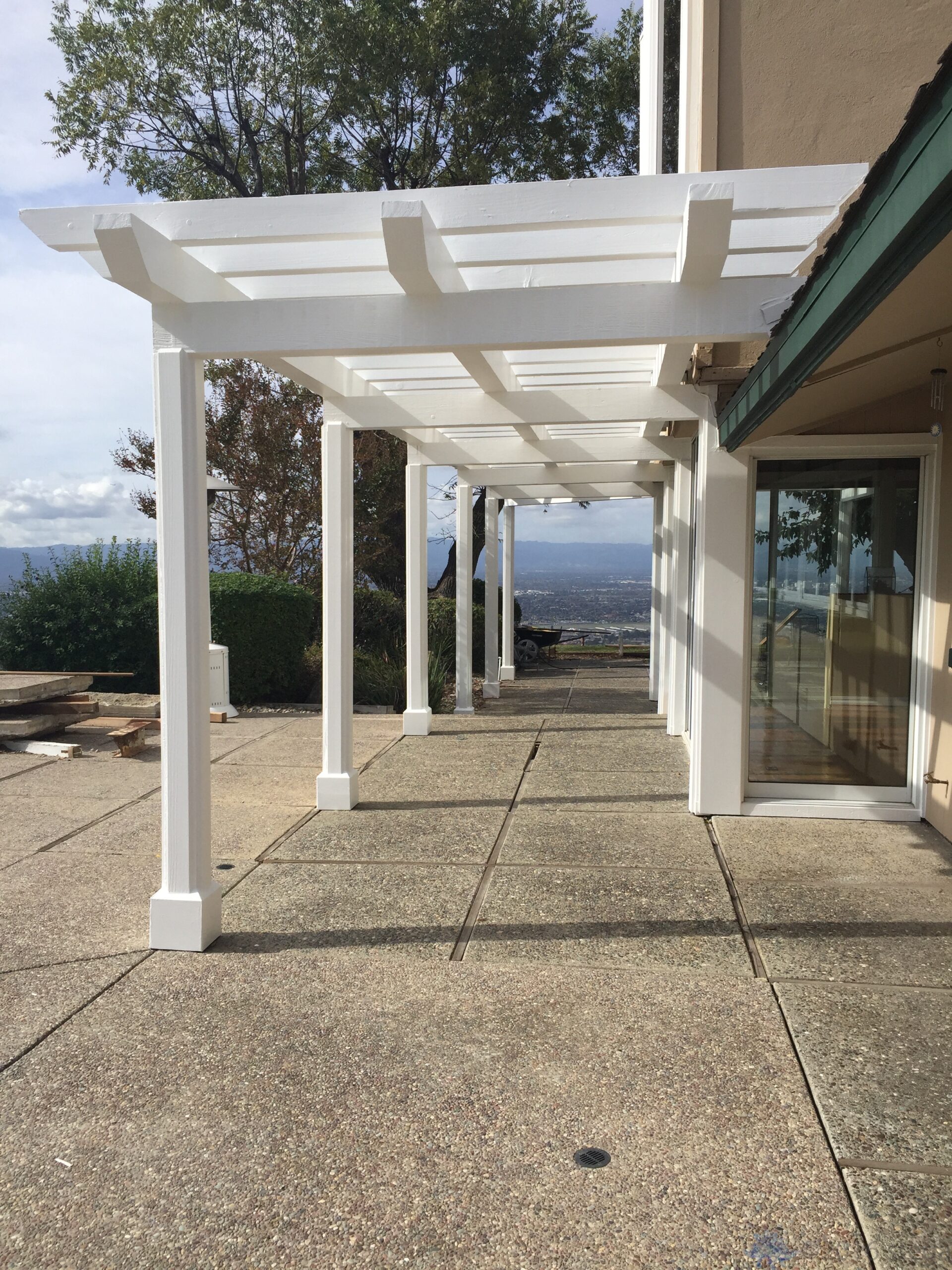 As mentioned a while back we worked with contractors to address the huge amount of dry rot on the exterior features of our house.

Here are the final before and after photos.

Studio building pergola and door before: The door was reframed and the new frame is metal which will prevent future rot issues. South east corner of the Great Room:  Note the huge hole from years of water dripping down into all the bits. The solution was to clean out the rot, seal things and simplify the facade. Remember the awful pillar of rot? Here is is now. Then there was the front arbor which was just a mess.  The entire pillar shown below had to be replaced as well as several beams along the top.  All because the POs didn’t have it painted properly–whoever did the work didn’t seal things nor did they bother to paint the top sides of this or either of the two pergolas.  You just can’t make up this sort of lazy stupidity. Here is is now: And a picture of the finished arbor with the jasmine piled back on to it. Think I was kidding about the POs not taking care of things?  Here’s the top of pergola outside the great room.  This shot was taken in August of last year shortly after we moved in to the house.  The one beneath it was taken this past winter. Some shots of the restored pergola outside of the great room.  Of course we had to hack back the jasmine, but it go crazy next spring and summer so we’re not too worried. Lastly we had them sand, seal and paint our front doors.  It’s hard to tell in the before photo but the bottom area of the doors was starting to deteriorate. All in all a very productive if slightly expensive project.  We still have a few areas we need to tidy up but we’re no longer in danger of a large section of the house falling down due to rot.