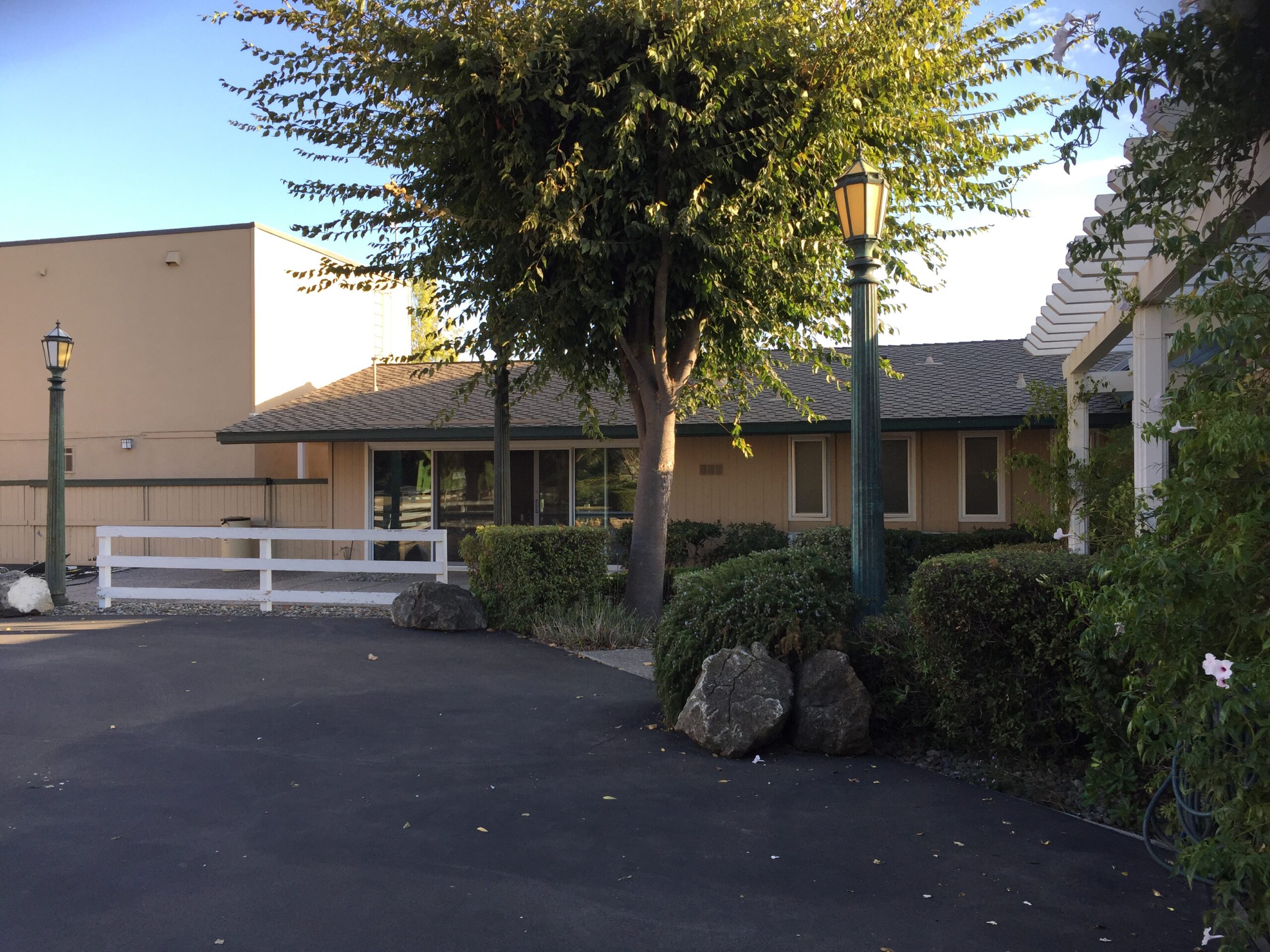 We took a break from projects related to the furnace replacement to address an annoying outdoor issue.

We have these incredibly lovely old street lights that reside on the edges of the courtyard. Right after we moved here I managed to make contact with the doctor who built the house back in 1967 and he came up for a short visit. One of the many nuggets of information he told me is that they were originally installed down in Pasadena along one of the roads where the parade floats for the Tournament of Roses congregate. Apparently when they were being replaced the doc got a deal on them. So he had at least five, if not six brought up here and installed around the center courtyard. (We suspect there was once a sixth over by the exterior fire hydrant.)

The lights were originally gas lamps. The tops actually flip up and over, and sometime in their very old lives they were wired for electricity. We’re not sure if this was done while they were still down in Southern California or if that happened when they were installed here.

The annoying issue with the lights is that while they originally had glass panels to allow the light to shine through, the previous owners replaced the glass with plastic and said plastic was not UV resistant. As a result the three lights nearest the house (which have different lanterns than the two at the boundary between the courtyard and driveway) had huge gaping holes where some of the panels had broken apart. This meant water could easily get in during the rainy seasons and water plus live wires is not always a great thing.

So, first step was to get rid of the plastic. We decided we’d give proper glass a go, so I called around to a couple glass shops and took measurements and grabbed a couple of the spare plastic inserts the previous owners had left in the garage.

A week later the glass was cut and a few weeks later we rented a lift from United Rentals and got to work on this and a couple of other “high up” projects.

Of course yet again there was a gotcha. When it came time to install the new glass panels, we discovered that the blanks were all wrong and we should have been a bit more diligent in measuring and not relied on something left behind by the POs.

A quick trip to Home Despot solved the issue though, as we picked up a tile saw and blades suitable for glass. Then it was a mater of me marking the glass and Agent Smith cutting small slices off the ends.

Then it was back up into the air to fit everything back together.

The end result was worth it, as three of the five lights were now all glassed in, but we about six month later we suddenly had more work to do….