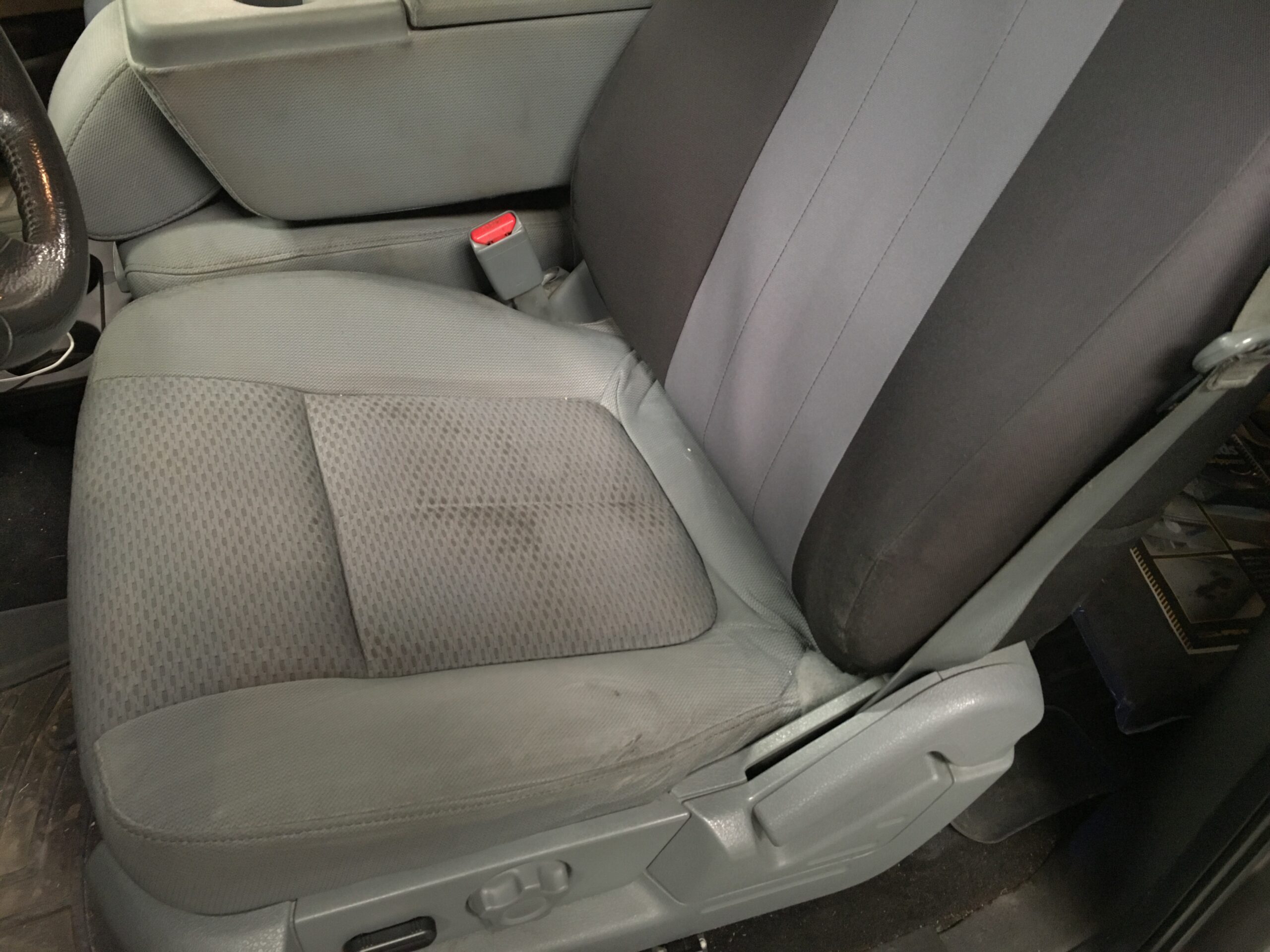 While the title of this post sounds odd to strangers to Purgatory, regular readers know that Barbie is the name of our rather large Ford F150.  We bought her used the day after we closed escrow on the ranch and she has been most useful over the past two years.

She helped move some of our household items down here from SF, she tows the trailer with The Bus during race weekends, and she is much more practical for shopping excursions than the Carrera or M Coupe–that is if we want more than just 2 bags of groceries and some milk. Unfortunately when she came to us she was in need of some love.  Whoever had owned her before us was a rather large person who liked their chewing tobacco and was not fussed about spitting the slime into the driver door pull handle.  Agent Smith spent quit a bit of time disassembling the plastic bits and cleaning the entire door down to remove as much as the residue as possible.

Then there was the matter of the seat.  Whoever owned Barbie was probably quite a bit larger than Agent Smith and in the four years they owned Barbie they pretty much completely crushed all the springs in the driver-side seat bottom into complete flat submission.  Now that things had quieted down project-wise a bit, Agent Smith went over to the Ford parts website and sorted out some replacement parts.

A few hours later we are pleased to say extended periods out with Barbie do not result in a sore bottom and back.