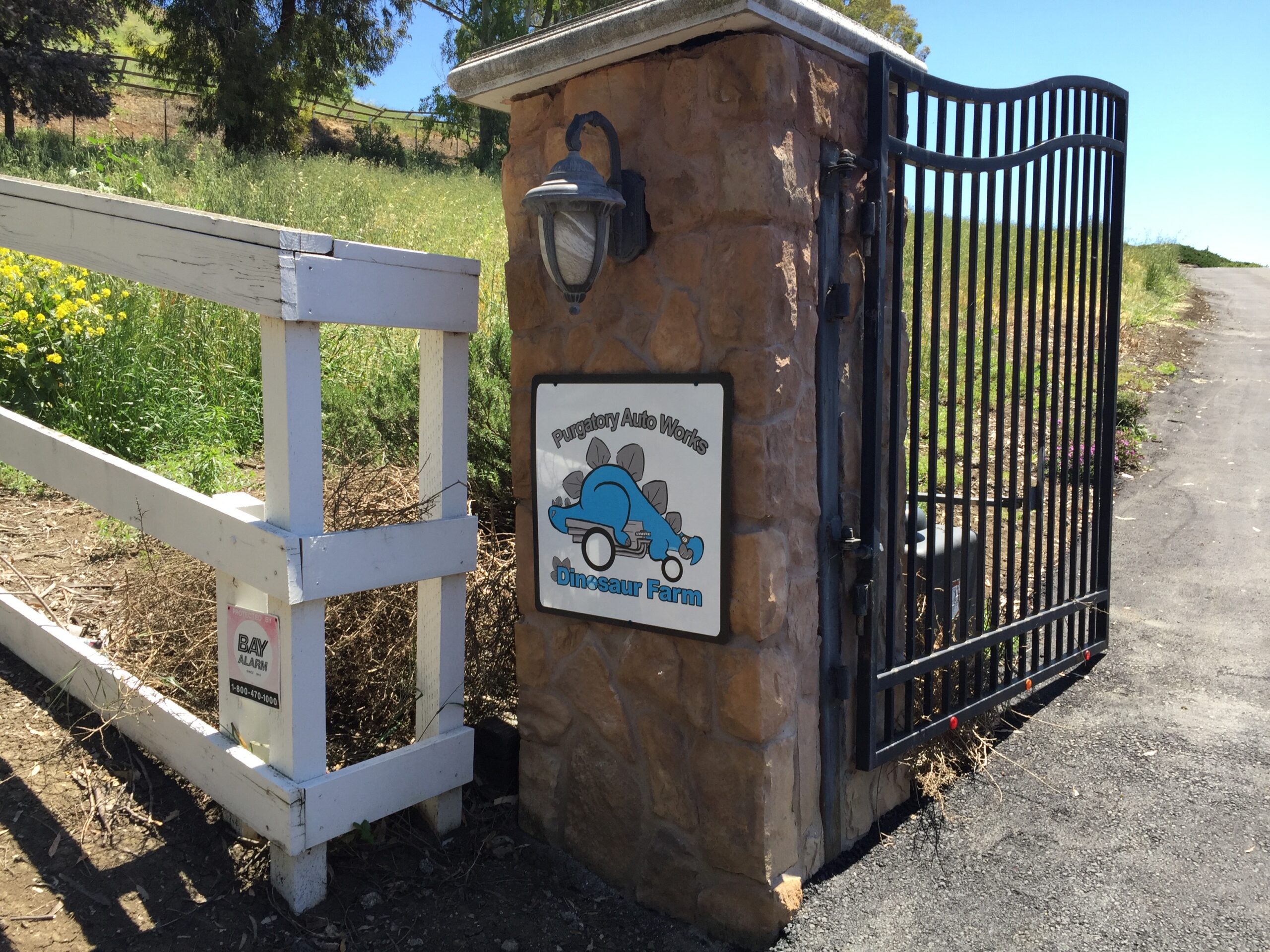 As mentioned in past posts, the main gate at Purgatory has been problematic.

Several years ago a tree actually fell and snapped the line that fed the power pole that serves our gate.  That coupled with the repaving of the driveway meant the gate needed  some serious love to make work again.

Then another bit of same tree fell and while it didn’t snap the line, it did require PG&E to come out to deal with the issue.

Then when we looked inside the  panel attached to that meter, we discovered a bird had decided to use it as a nest site.

This caused the breaker for the gate to toast itself.

We just can’t make this stuff up.

In the end we bit the bullet and used a contractor recommended by a neighbor.  Agent Smith is a stickler for tidy wiring and not bodging jobs up, and while the guy didn’t do a bad job, his workmanship wasn’t the best and we’ll continue our search for the perfect gate keeper.

At least the junction boxes are no longer quite so manky.  And as you can see in the first image below, we were in the midst of redoing the white fencing but more on that in a future post.

Still our gate is now functioning again. No more chaining it closed to keep stray livestock out — although the owner of said livestock really changed his ways after the whole “impounded by Animal Control” thing.  The issue with most gate systems is  either they’re running on technology developed in the 1980s that relies upon having a Windows 3.1 machine laying around that you can use to connect in to program the system or newer tech which just functions as an overlay that emulates the former.  Then there’s the problem that single-gate control systems are the outlier as modern systems are setup for large-scale deployments like a housing development.  So we’re still evaluating options, but for now we at least have reliable power to the gate.  (We considered moving to solar but the yearly utility bill for the secondary meter is far cheaper than the cost of converting.)

What is probably going to have to happen is that we will setup a WAP and repeater midway back to the main house.  That will also allow us to have a security system that is not reliant upon batteries, but that won’t happen for a while yet.