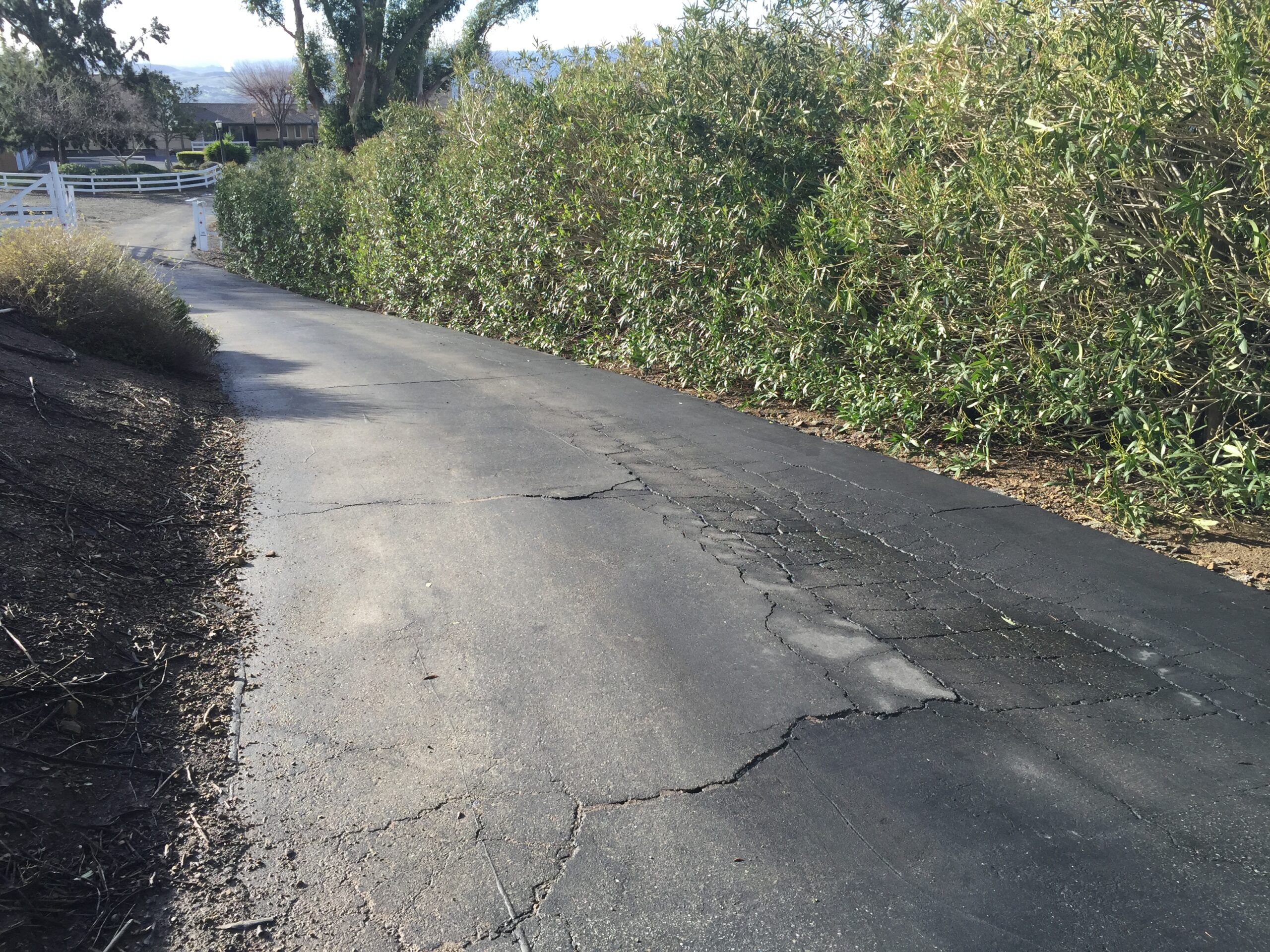 After the great wall was completed we turned our attention to the driveway.  Having multiple large trucks running down it had pretty much trashed it.

We had picked up a card from a crew putting in an access road nearby a few months earlier so I called the company and the owner came out one sunny afternoon to look at things.  He gave us a quote and offered to also grind and repave the central courtyard.  Since the numbers looked ok, we agreed to have him do both the driveway and the courtyard.

They say hindsight is 20/20 and had we known now what was in store for us, things would certainly have proceed differently, but I’m getting ahead of the story, as at the start things went very smoothly.  The grinder arrived and got to work.  All the old asphalt was pulled up by the afternoon of the first day.

Mean while crew then got to work readying the courtyard for repaving.

And shortly before 3PM that day disaster struck.  Unbeknownst to us, when they built the house and ran the main water line, not only did they lay the garage pad atop it, they also only buried the pipe two or so inches under the surface of the driveway.

The result was this:

There was no easy way to fix the issue and it with buried so shallowly our best option was to live without water for a day or two and get a new line run from the main cutoff at an more appropriate depth.  Like I said earlier, hindsight is 20/20.  Had we known of the little fact that a metal pipe was not put in properly and said pipe supplied us with water we would have proceeded in a different manner.

Still after the first day this is what our driveway and courtyard looked like.