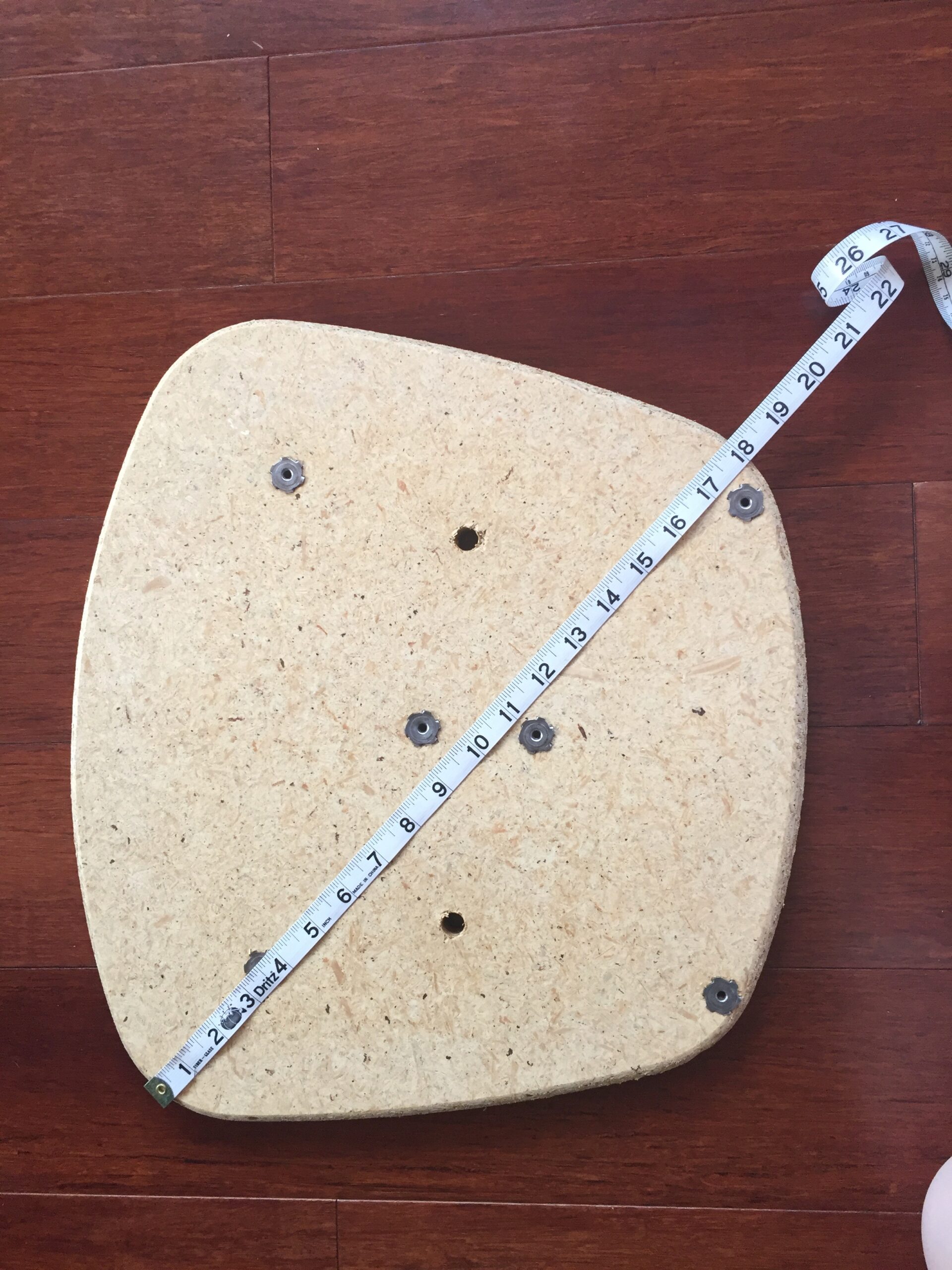 So…..continuing from a post way back at the start of this year….once the metal kitchen chairs were disassembled, it was time to obtain new cushions and glides as well as repaint the chairs.

A quick order from Amazon and foam arrived which I then cut with with hot wire cutter. This was then covered in black denim (just like the wooden chairs.) Then there was the matter of replacing the glides.  Almost all the chairs still had their original glides and back when I first got the chairs from a great aunt who passed away I replaced a couple that were missing  (at that time I painted them black to cover the avocado green.) By now though, the chairs and glides were over fifty years old, so it was time to find new glides. Normal hardware stores like Home Despot and others don’t carry such things as glides.  My options were limited to annoying little plastic caps, but those wouldn’t do as the chairs wouldn’t sit level with out the nice swivel/pivot function of proper glides.  Then I hit on oodlesofpartsplus.com.  A bit of measuring, a bit more research and a web order later and I had a bag of new nylon glides. While all of that was going on I set about repainting the chairs.  They went from black with white detail, like you can see here, to black with blue detail.

The glides soon arrived and Agent Smith helped me install them on the chairs as there was much prying and banging.

I had plenty of the blue fabric I’d used to cover the wooden chairs so I made four slip covers and finally I had four refreshed chairs all set to fit around the kitchen table.