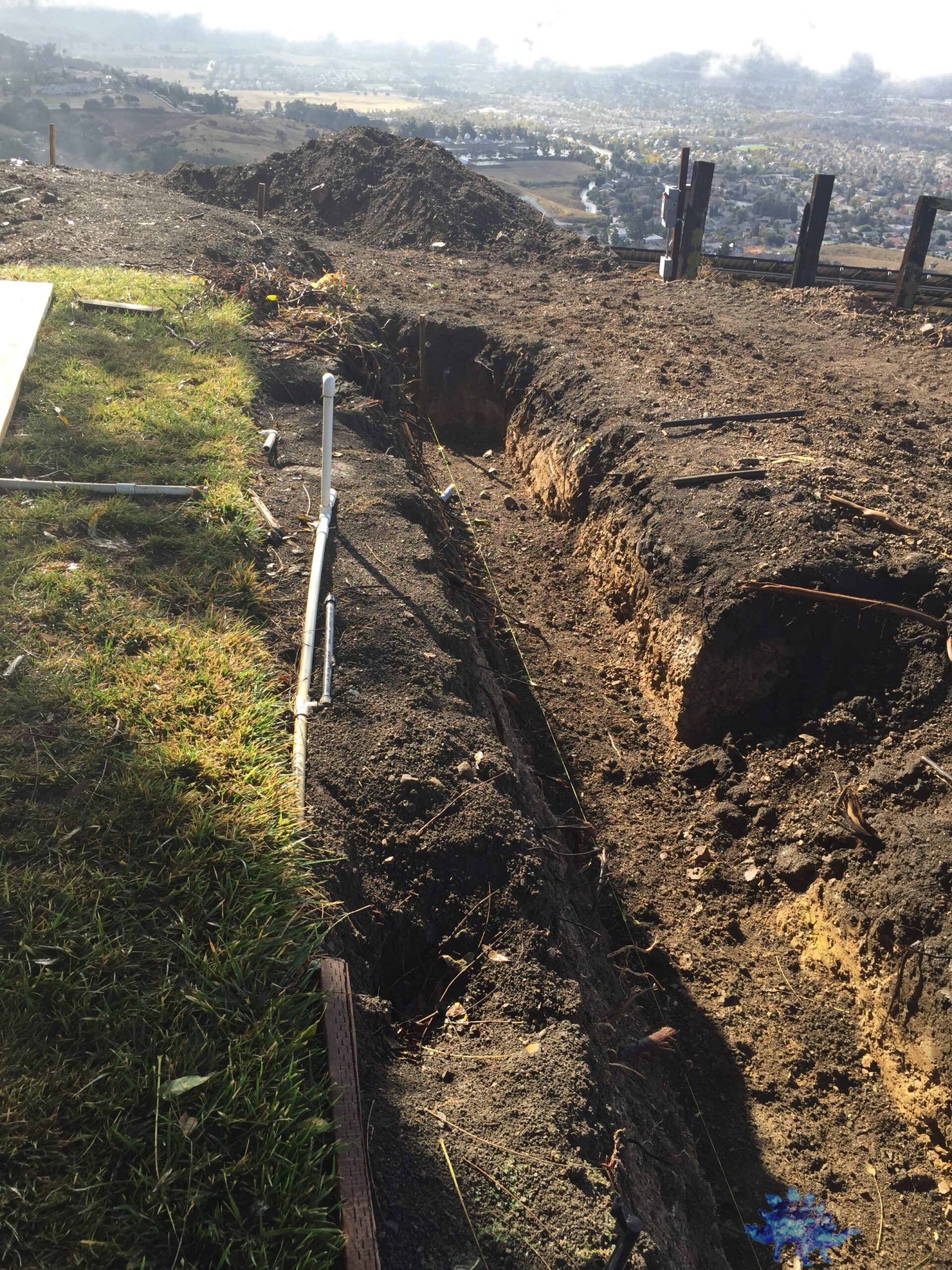 While the warfare was really only against the pocket gophers that are endemic up here, we did manage to win quite a few battles.  Before you feel bad for the gophers, please note they are not cute cuddly _Caddy Shack_ critters but instead a cross between a tiny beaver and incredibly mean rat.  They are the primary food source for our apex predators:  hawks, feral cats and snakes (gopher and rattle.)  They also make terrible messes and are incredibly stupid.  To give you a rough idea, at the time of writing this post we’re in the middle of resurfacing the swimming pool.  We have had close to a dozen gophers commit suicide in the pool–several drowned when the cover was removed but we had yet to drain all the water and even more managed to fall into the empty shell and die of exposure–even though there are steps at one end that they could easily use to hop out.

With that said, here’s a video of what it was like to walk the great trench we made prior to rebuilding the wall.