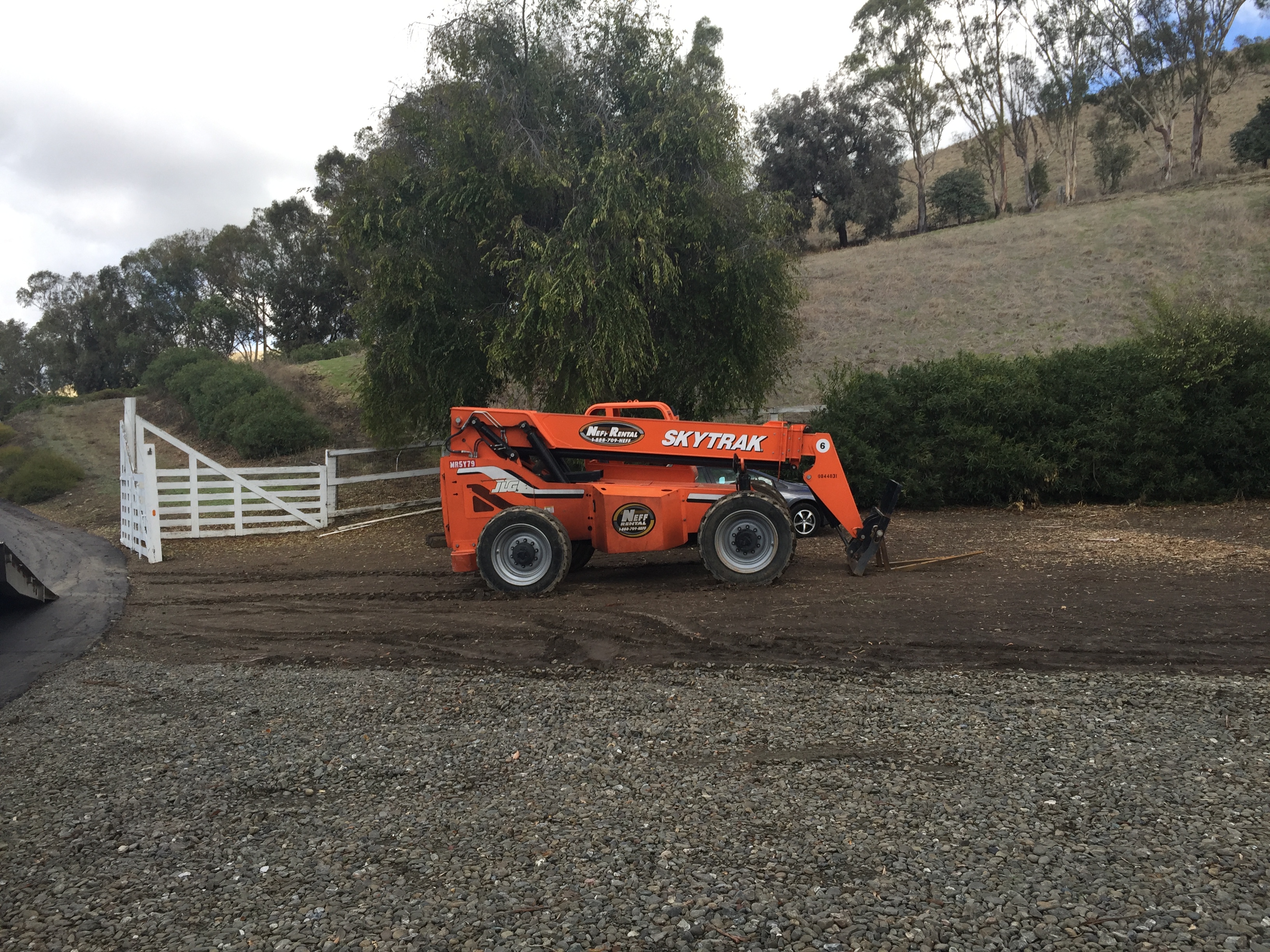 During the wall project, in addition to an excavator (although in this case we ended up using four excavators as the first one we rented from United was brand new but it died and had to be sent back to the manufacturer after just a week; then the second we sent back as the engineering firm we used failed to deliver spec and drawings in a timely fashion and it looked like we might not actually get the wall replaced until the spring; but then enough fires were lit under their butts that they finally did get us what we needed but then we couldn’t get a new rental quickly so we borrowed one of their’s until we could rent a fourth unit to finish the work) we had to rent a couple of telehandlers aka reach trucks.  That late in the season getting equipment proved difficult as construction firms were trying to finish off projects before the rains set it.

We did end up with a bit of rain:  enough to fill up the pretty trench so then we had to wait for things to dry out before we could assemble the form work for the concrete footer.  While that was going on we started to get deliveries.

Our first load of concrete blocks arrived at the exact same time as the telehandler which was going to be used to unload them.

Once the machine was unloaded we got to work unloading the first of the blocks.

Turning an 18 wheeler about took a bit of finesse.

And it really tore up the ice plant out at the end of the house yard.