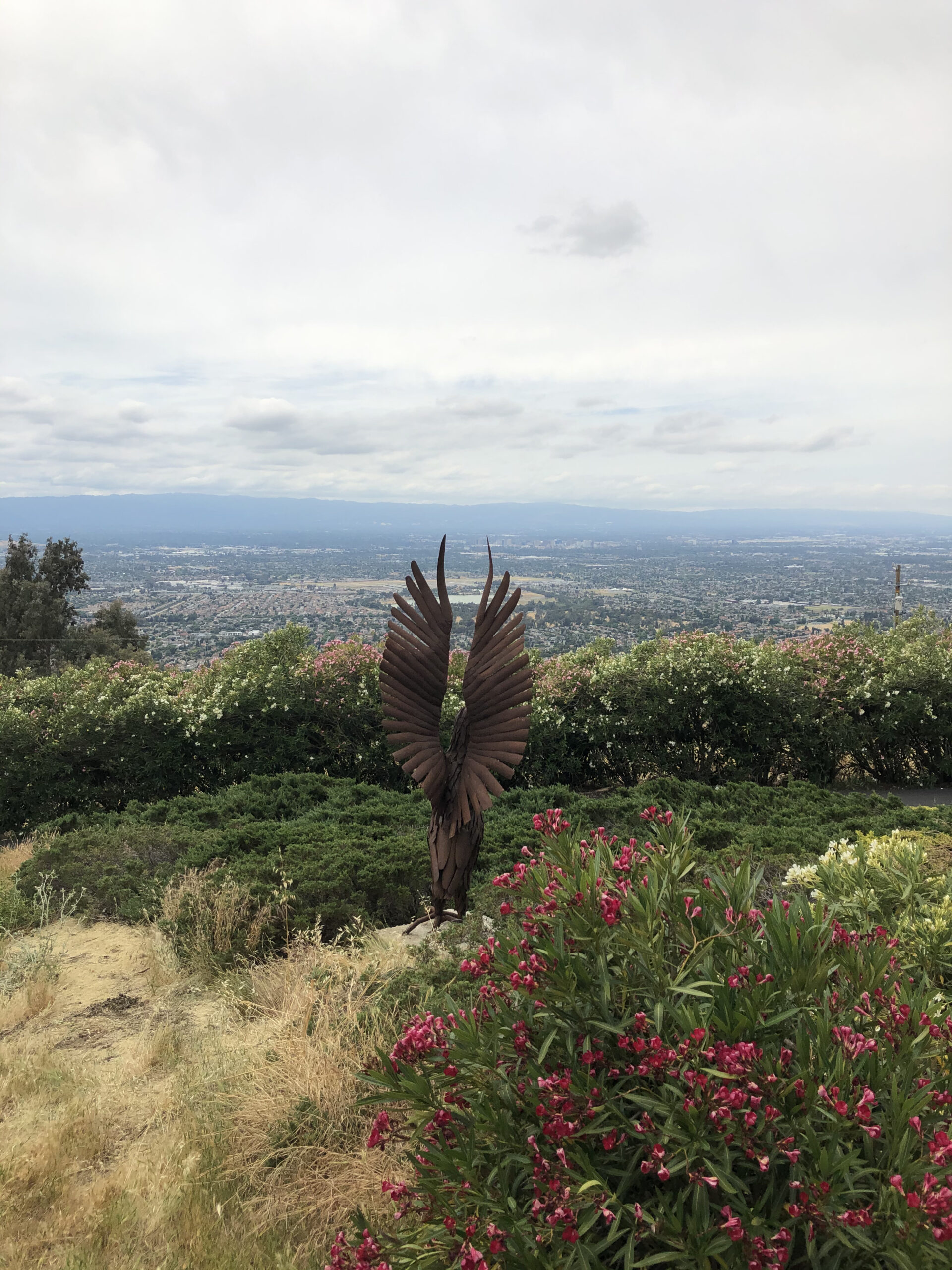 Regular readers will know I started using a few auction houses (usually local ones) to find furniture for the great room. But what you all don’t know is that I didn’t stop checking out the auction house offerings once the great room was finally furnished.

Back in November of 2019, one of the houses offered up some pretty cool looking steel sculptures. Here are the original listing photos. One condor and a lovely eagle. 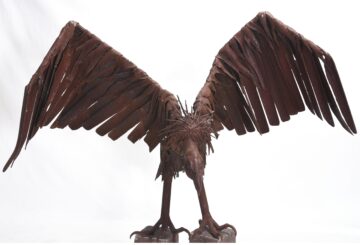 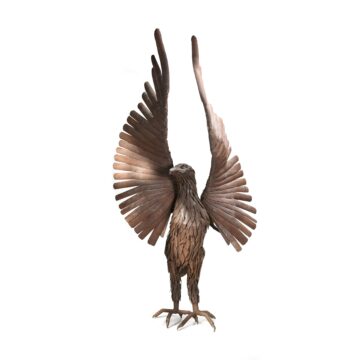 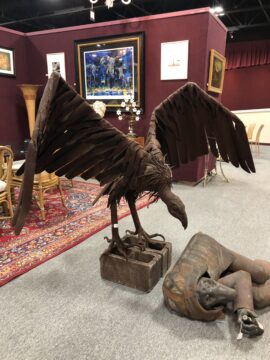 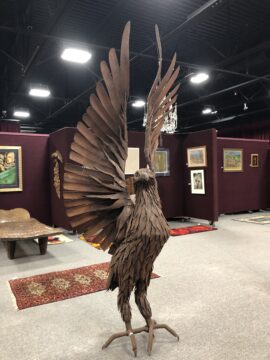 I was intrigued and went to see them in person. They were actually more impressive in person.

So I decided I would bid on them. Come hammer time the condor only had one other bidder interested while the eagle didn’t meet its reserve and remained unsold. Thankfully the next month the eagle’s reserve was lowered and I managed to snag it as well.

After collecting the sculptures from the auction house they then sat in the courtyard for a couple of weeks. They are both somewhat modular: the wings were somewhat detachable.

After some discussion we sorted out where to place them.

The condor was installed out at our main gate. It was a pretty simple matter to drill a couple of holes for his feet pegs and then a bit of epoxy to keep him in place. About a year later he was then joined by Agatha. 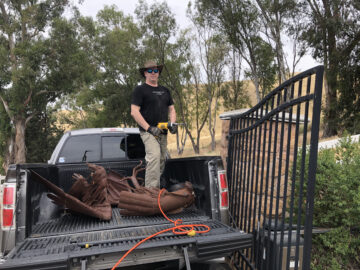 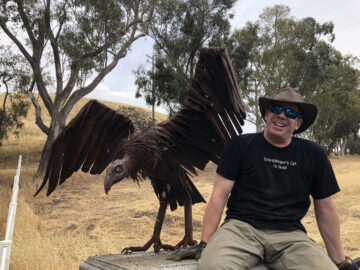 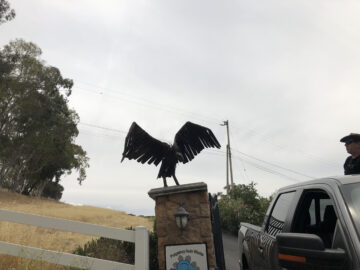 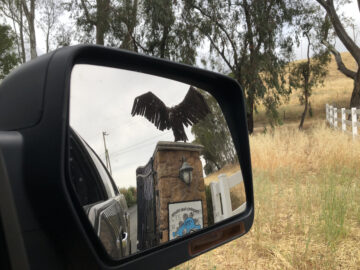 For the eagle we needed to be a bit creative, as the ground surface where we wanted to install it is quite uneven. Lucky for us we have a few spare giant pieces of flat concrete left over from the Great Wall project. These were part of the original landscaping. We scooped one up with Giggles, drilled some holes, bent a bit of rebar and then mounted the eagle to the concrete and epoxied the rebar over its feet. 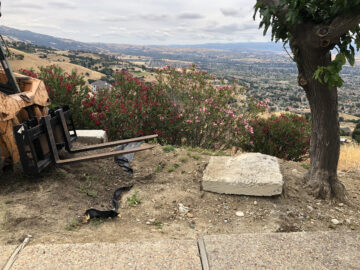 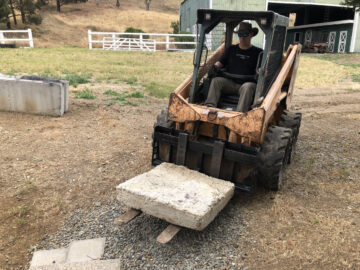 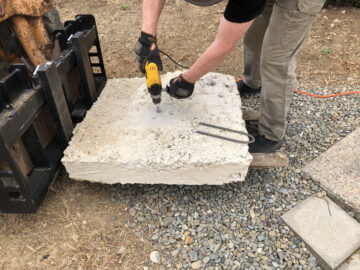 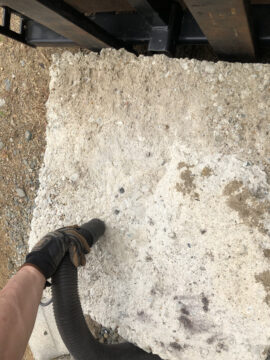 The eagle does have the best view of Silicon Valley…. 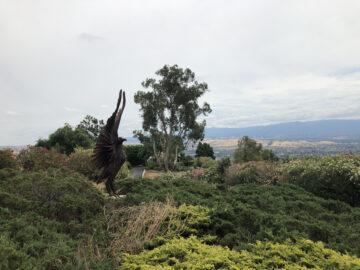 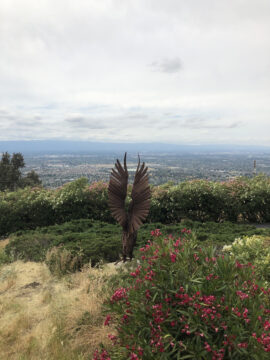 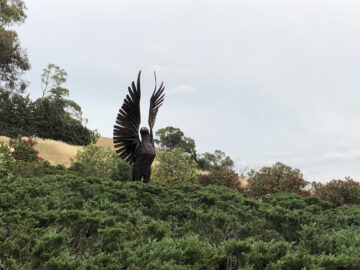 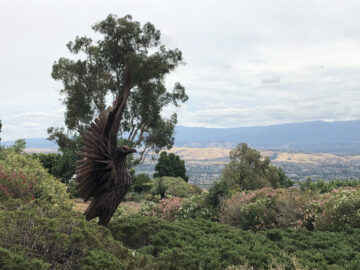 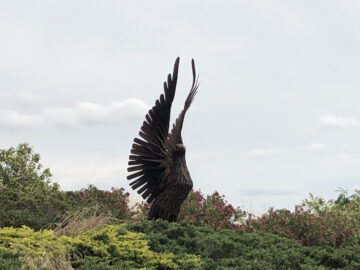 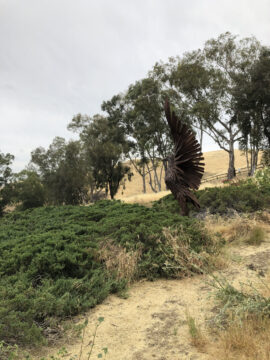