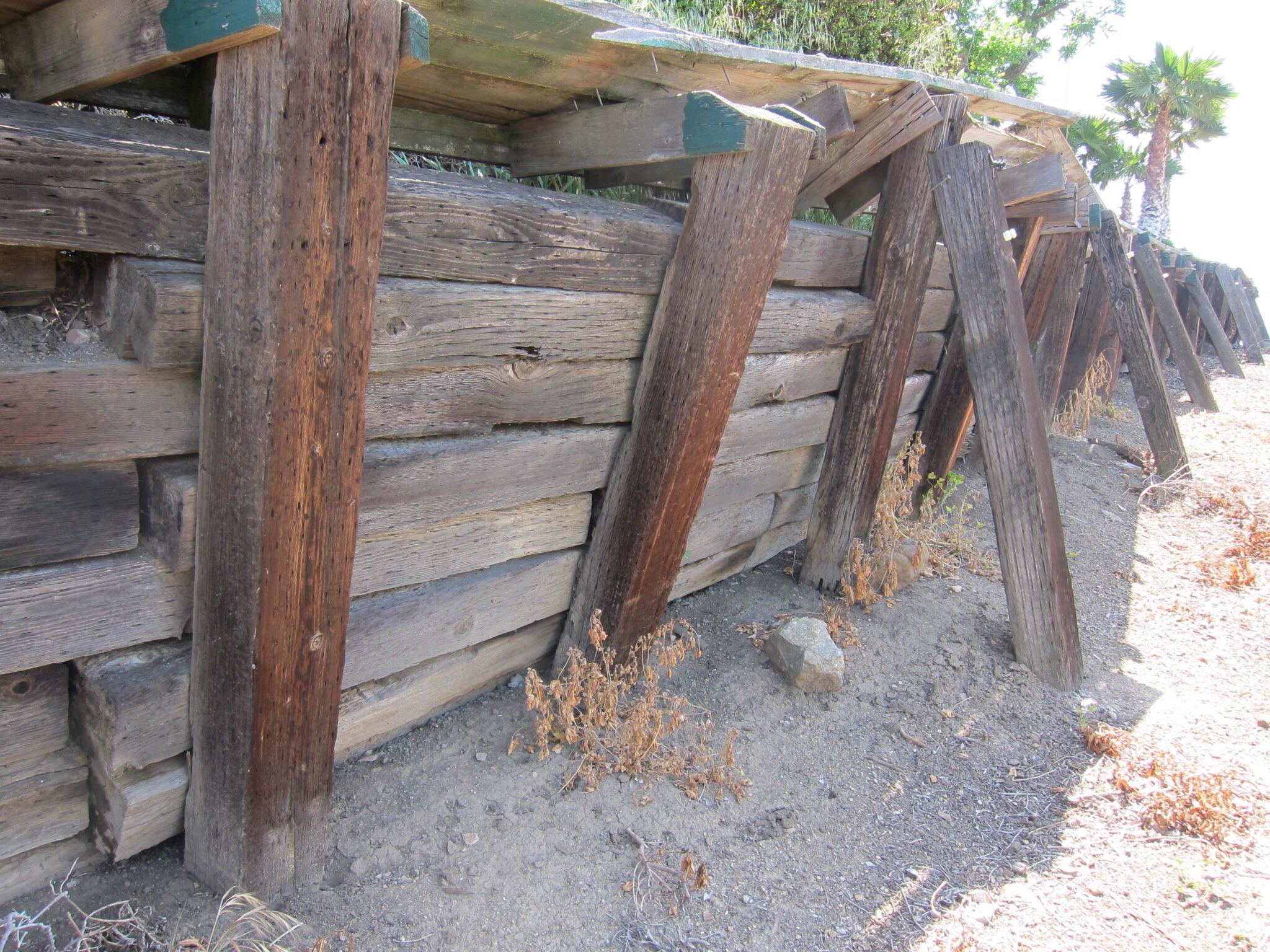 When we bought the property we knew we were going to have to replace a very long, very old retaining wall that was built with rail road ties.

So during 2016 we had new topography maps made of the area, soil studies performed and we secured the services of a construction firm to do the job.

Back in September Agent Smith Sr then arrived from Australia with his handy heavy equipment operator’s license and we got to work.

First there was the matter of removing the old wall.  For that we need an excavator.   Back when we had a crew work on the stable roof, I learned how to rent heavy equipment and what a good skill that is to have.  A call to United Rentals and a little 3 ton unit was delivered.  Work then began. 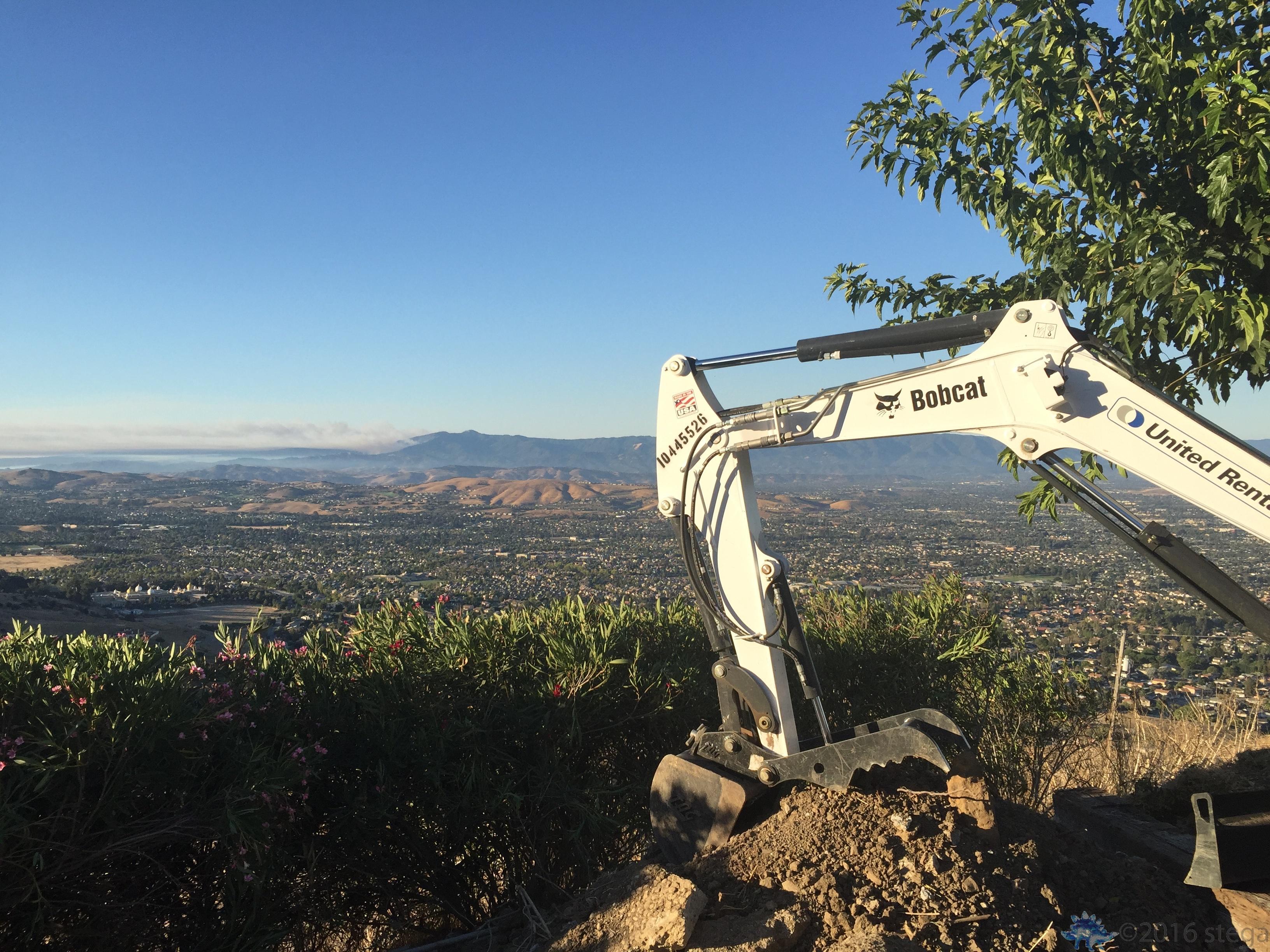 Then there was the matter of the three palm trees planted out beneath the giant walnut tree.  After many calls and much deliberation it was determine that transplanting them was not a feasible option.  Especially when firms wanted 10K for the job.  Since they were simple Mexican Red Palms we call the company that had helped us in November of 2015 and the arrived to remove the trees. While the crew was here they also removed the cypress that had fallen onto the line feeding the phantom power pole. And all that is now left is the stump.