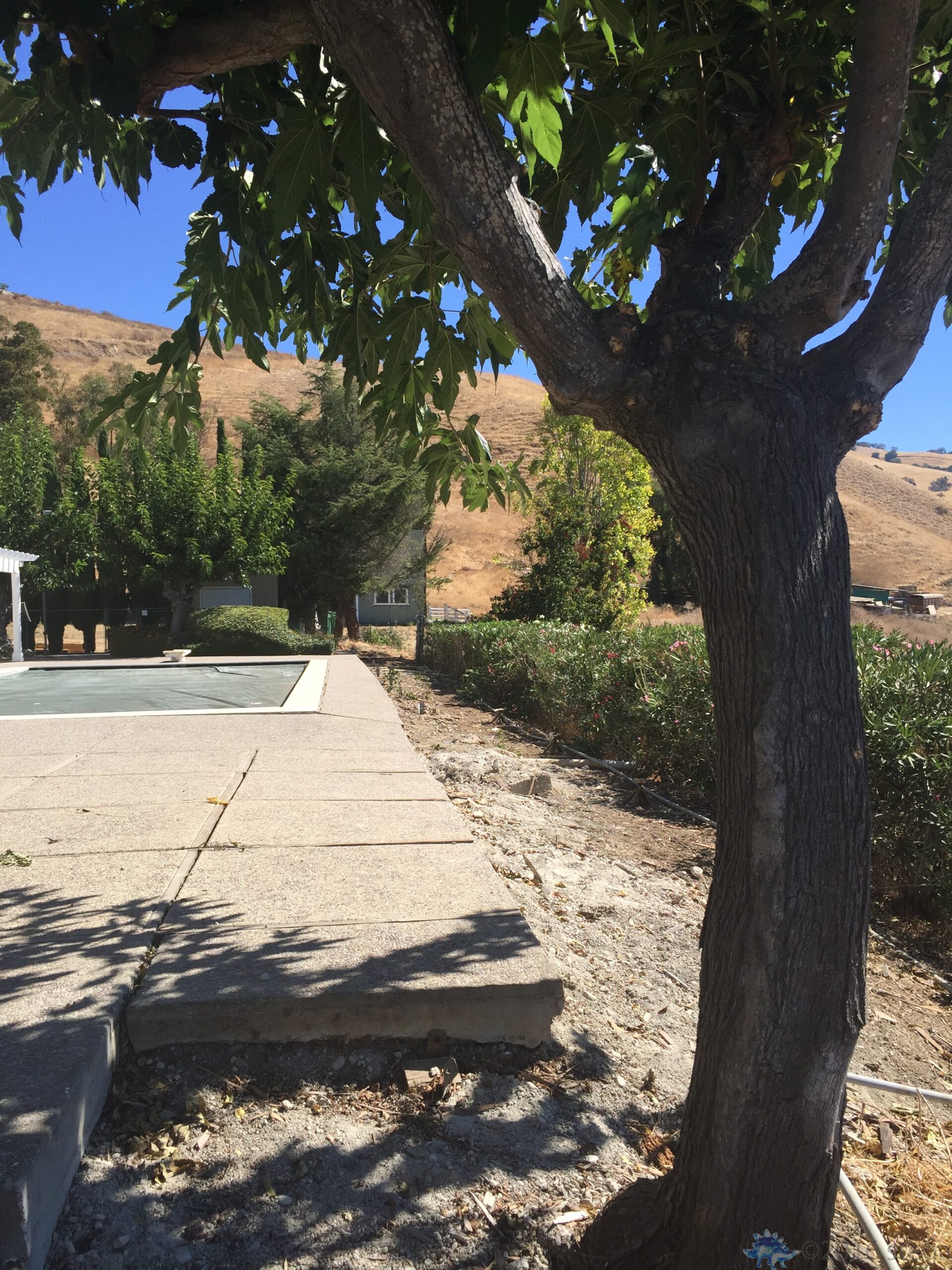 As part of the wall project we used the opportunity to remove the horrible wooden deck and wall that ran along the south edge of the pool area.

These shots give you an idea of what was there.  The decking itself was rotting out and we put a small hole in it when we had the soil studies done and since then the neighborhood ferals had used it as an access path down into the oleander on the other side.  The entire wall was in horrible shape and the little vent like panels were actually for lights which due to poor maintenance were sketchy at best and so we had disconnected them from service a while back.

A demo crew from the construction company we contracted with made very quick work of all the wood, screws and other bits.  Within a few days it was all gone. We uncovered the original concrete pilings that were put in when the house was built.  What we thought had just been a crazy system of jacks were actually a bit of an upgrade.  Before the demolition there was no easy way to get a good look at these things since it required being part-mountain goat.

Sadly they weren’t very structural, as we pulled one out of the ground with the excavator.  If they had been another 15 or so feet in length, we might have chosen to reuse them.  Still, it was  good first few days of work.