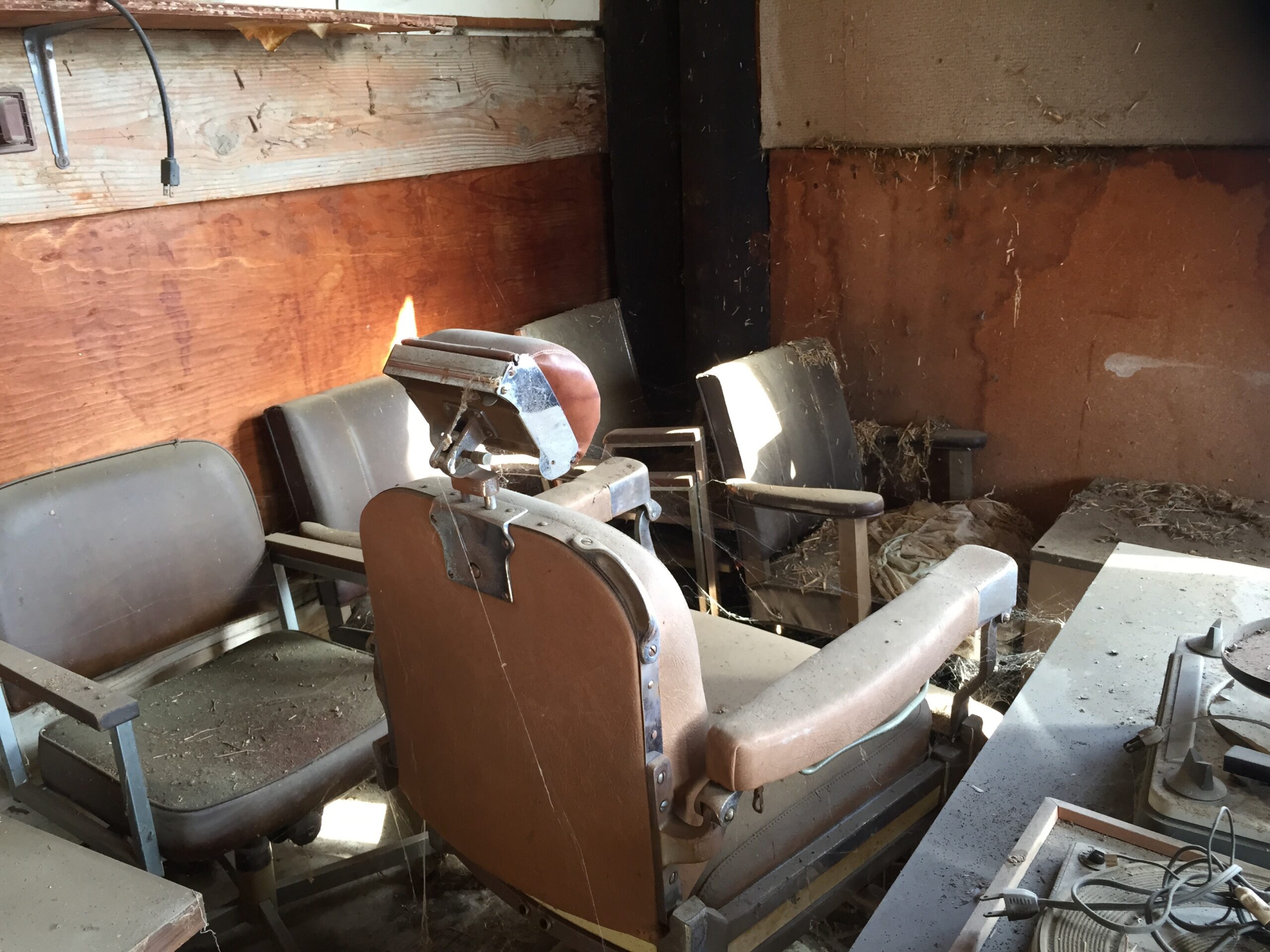 Monday while the Smith boys were tearing down the small horse shelter I did a little barn exploration.  The property has a six stable, two room roofed pole barn which was built in probably the late 1960s or early 1970s.  It is currently home to many many barn swallows and an owl. (The barn owl has apparently moved on and now we have a screech owl.). The barn stopped being used in the mid 1980s and it seems the previous owners did nothing in terms of maintaining it.  As such it has fallen into disrepair, and we will be sorting it out soon.

It needs a new roof of sorts and both tack rooms are full of random stuff including a lot of show ribbons, boxes of unopened clay pidgeons, old bathroom vanities…

Here’s a shot of what else is in the barn.  Piles and piles of bird shit. The piles in this pic are each well over twelve inches high, so suffice to say I will be wearing a respirator when I begin the serious clean out.

We also have an entire stall filled with….empty plastic plant containers–the sort live plants are in when you buy them from a nursery.  There are probably a thousand or more of them that we will eventually have to dispose of.  Another stall is packed with real estate signs.  The PO basically inherited the property from his father who had purchased it from the original owners.  The PO’s father was in realestate and thus the accumulated stuff. Perhaps I can up cycle the signs and build a giant house of cards or something.

So far we’ve uncovered a mid-century barber chair, a brick saw, a table saw, several kerosene heaters, lots of old desks filled with very old stationary (I don’t need to buy envelopes if no one minds me sending out 40 year old ones — they were stored where they couldn’t be pooped upon,) lots of spare lumber bits, old doors, shelving bits and boxes of random things made of brass.

Here are some pics of some of the clutter covered in poop…. 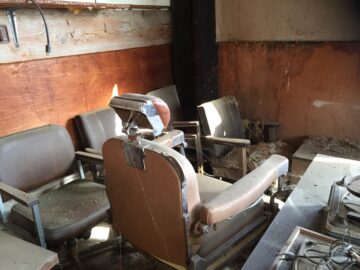