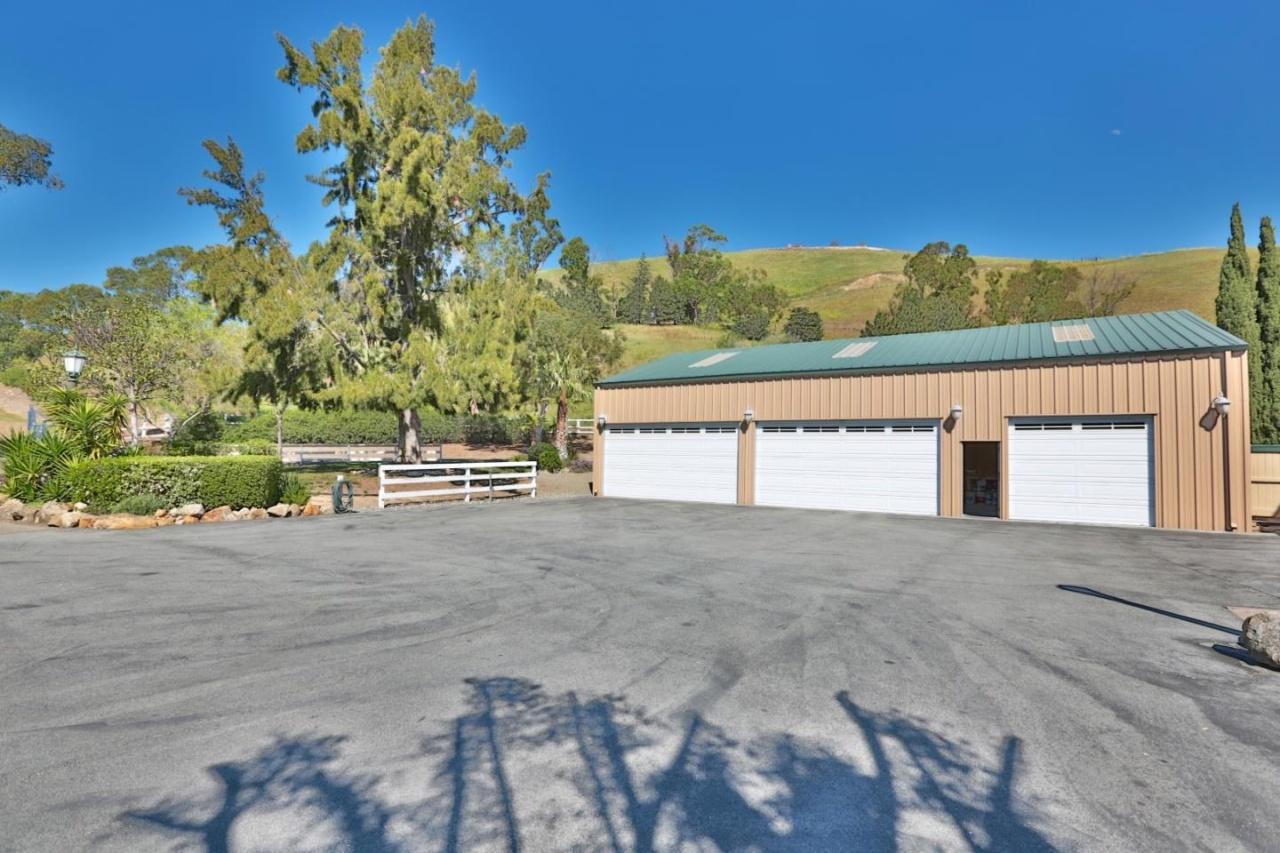 I’m currently working on a bunch of posts covering things from the last two weeks, but those won’t be up until later today and tomorrow.

To entice readers a bit though I have some shots of our garage, but not just this one here to the left which is a reposting from the driveway resealing post. AS’s dad took a few of the contents of our garage which give a good feel of how we use the space.  (I snagged the images when I was pulling others off for the big barn/fence post–no pun intended.)  These were taken from the pit side and show the race cars stored on the far end (behind the pickup) as well as the 914 (the white car) that is currently undergoing carburetor to fuel injection conversion.  Bikes and our daily drivers sit in the middle bay which is currently being organized “more better.”

There are some rather awful built in cabinets in the back middle and pit side.  Here’s the original listing photo which shows them clearly.  (Although all the stuff–A frame, soil bags, buckets, etc–on the right side is actually sitting on top of the pit.) We will eventually get rid of the closets in the back middle and put in better shelving.  (Which we bought a ton of recently and you can see an example next to my car in the above photo and several examples in the one two up from that.)

This weekend  I found out the history of our garage (more on how in a much longer upcoming post.)  Turns out it was originally a school building and was being demolished/dismantled.  Our garage frame is actually 1/4 of the original building which was purchased by the previous owner who then sold off the other three sections which helped pay for the foundation.