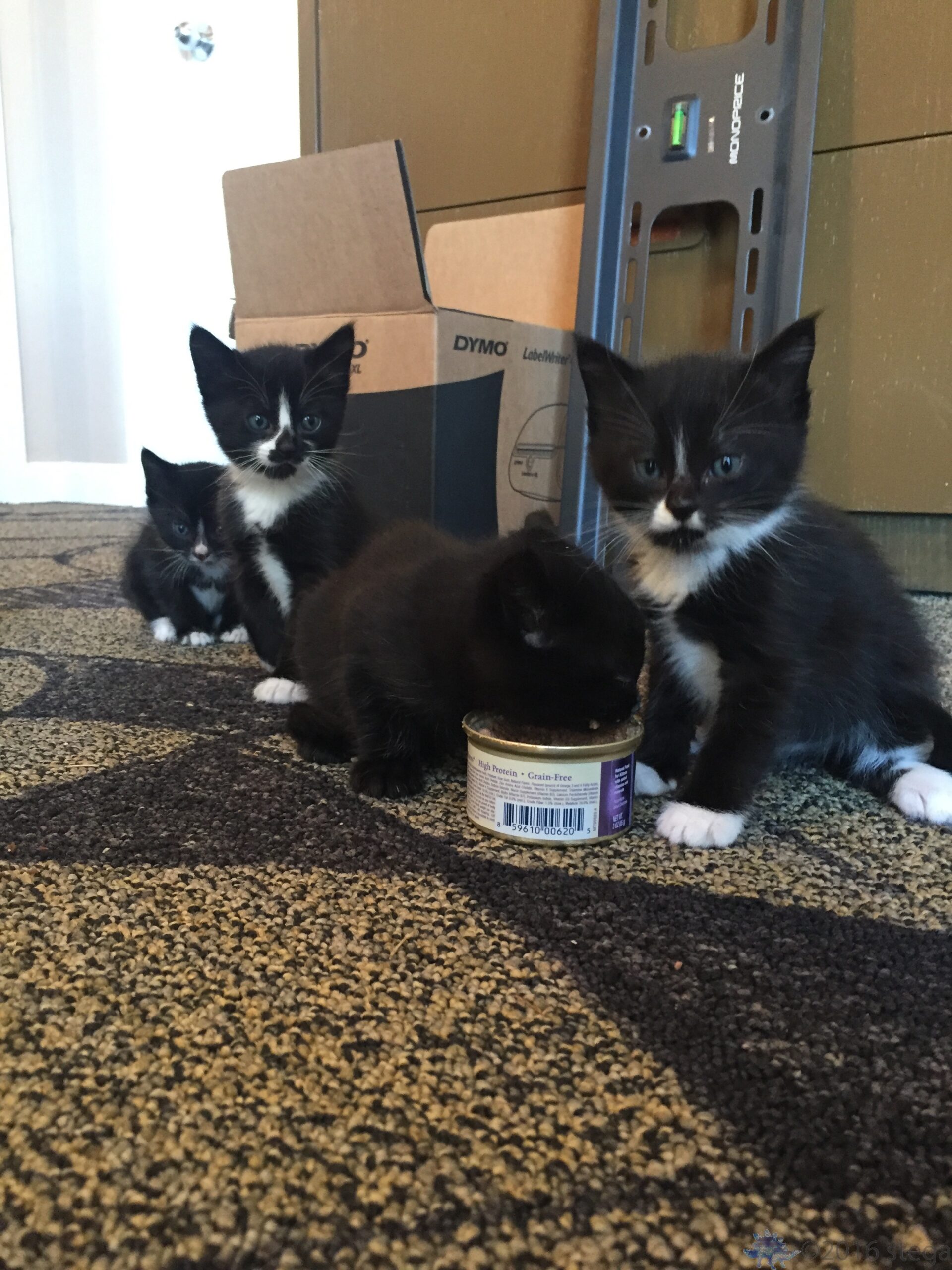 So I took momma to a vet clinic as planned last Thursday and she was successfully spayed.  The kittens were dropped off at a shelter along with a sizable donation check to help cover their initial medical bills.  I then picked momma back up that night and brought her back to Purgatory.

She spent about 24 hours in the little kennel, as I was instructed not to feed her until the next morning and to watch to make sure she wasn’t vomiting or bleeding. She was quiet over night and bleary eyed the next morning but she gobbled down a tin of cat food and when I checked on her an hour later she had cleaned her self up and was looking much tidier.  After attempts to transfer her out of the kennel and into a trap so I could clean up after her (she had the interesting habit of trying to bury her feces in the fabric/towels I’d put at the bottom of the kennel), I gave up and just gave her a second tin of cat food.  She devoured it pretty quickly and seemed much brighter so I opened the door to the kennel so she could leave.

Of course she stared at me with a “WTF is this now?” look on her face.  I tried sitting off to the side so I wasn’t in the path between the door and her spot, but she wasn’t moving.  I tried standing outside the door to the studio, but still no movement.  After about ten minutes I gave up and walked back into the main house.  I checked an hour or so later and she had vanished.

We saw her Saturday morning devouring a tin of food I had set out for her and she had completely cleaned herself up.  She will probably always be super shy and run when she sees us (which she did before the whole capturing and spaying exercise.)

Fast forward to Sunday evening: Agent Smith spent time weeding and cleaning out the remains of her den at the top of  the south pasture.  He found lots of fur, feathers and the distinct smell of cats under the few timbers that remain from the old horse shelter he and his father tore down last summer.  He was using the weed eater and disturbed a couple of young rats but didn’t think much of it.  That was until a bit later after he’d left that immediate area for 5 minutes and returned only to spot momma trotting away from said area with a nice fat rat in her mouth.

And that’s why having a non-reproducing feral on the property is actually a good thing:  we’re always going to have rodents and there are only three things that really keep them under control:  feral cats, hawks (the least efficient) and rattle snakes.  Dealing with a feral cat is far less of an issue compared to coming upon a rattler.