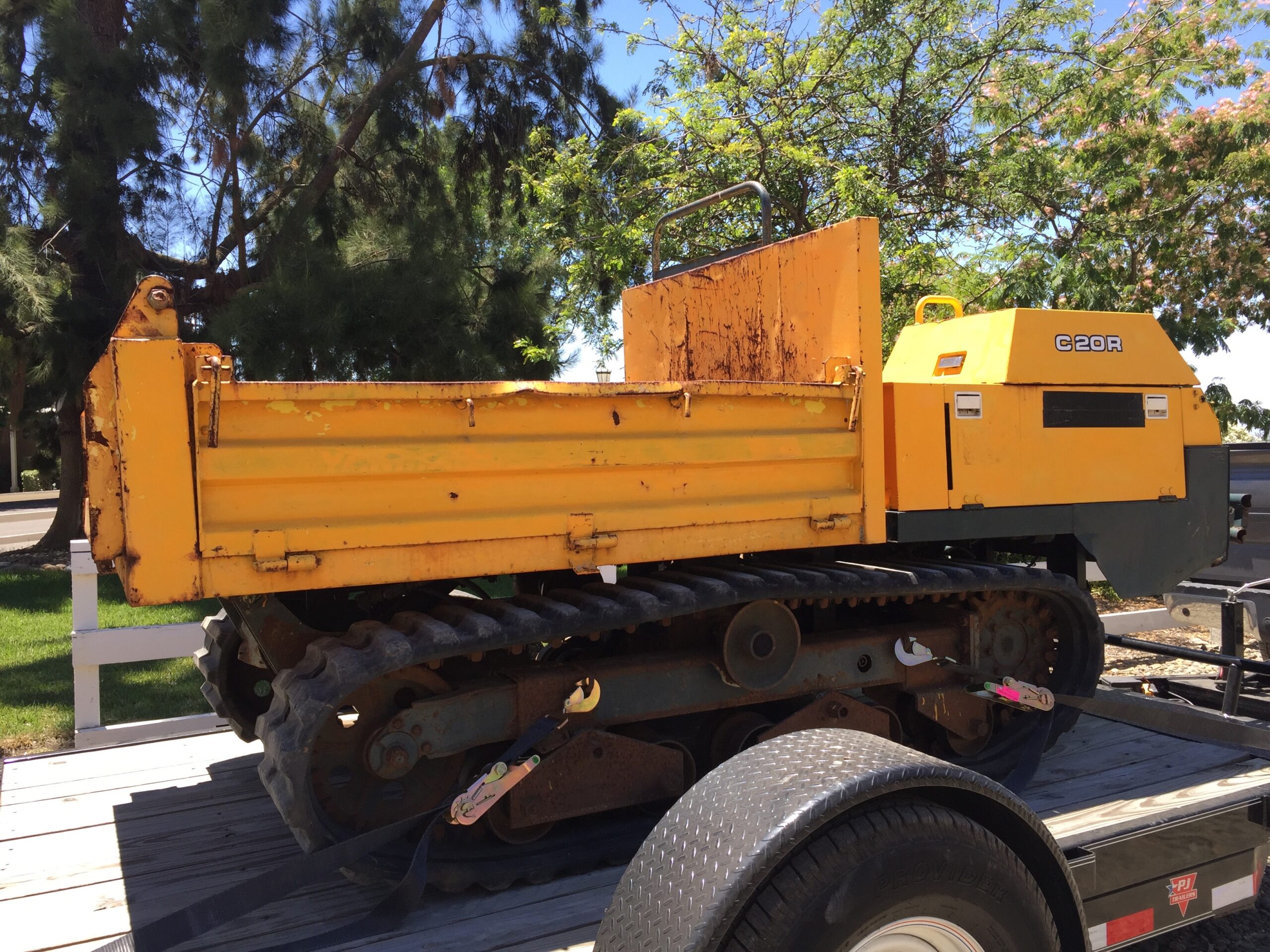 Our little fleet of useful vehicles grew this summer.  In addition to Bambi, we acquired a nice little gas powered trencher which we have named Chompy Jack (he responds to either Chompy or Jack) And then we have Dumpy McDumpface.  Current event followers will understand what influenced our naming choice in this case.  For those not in the know, read this Wikipedia page. Dumpy is a Yanmar C-20R that like Chompy, we found on Craigslist.

This past August when Agent Smith’s father visited they spent several days de-rusting Dumpy as well as cleaning up his controls so that now when you let the clutch out he’s a bit easier to get moving.

Here’s a video of Dumpy in action.