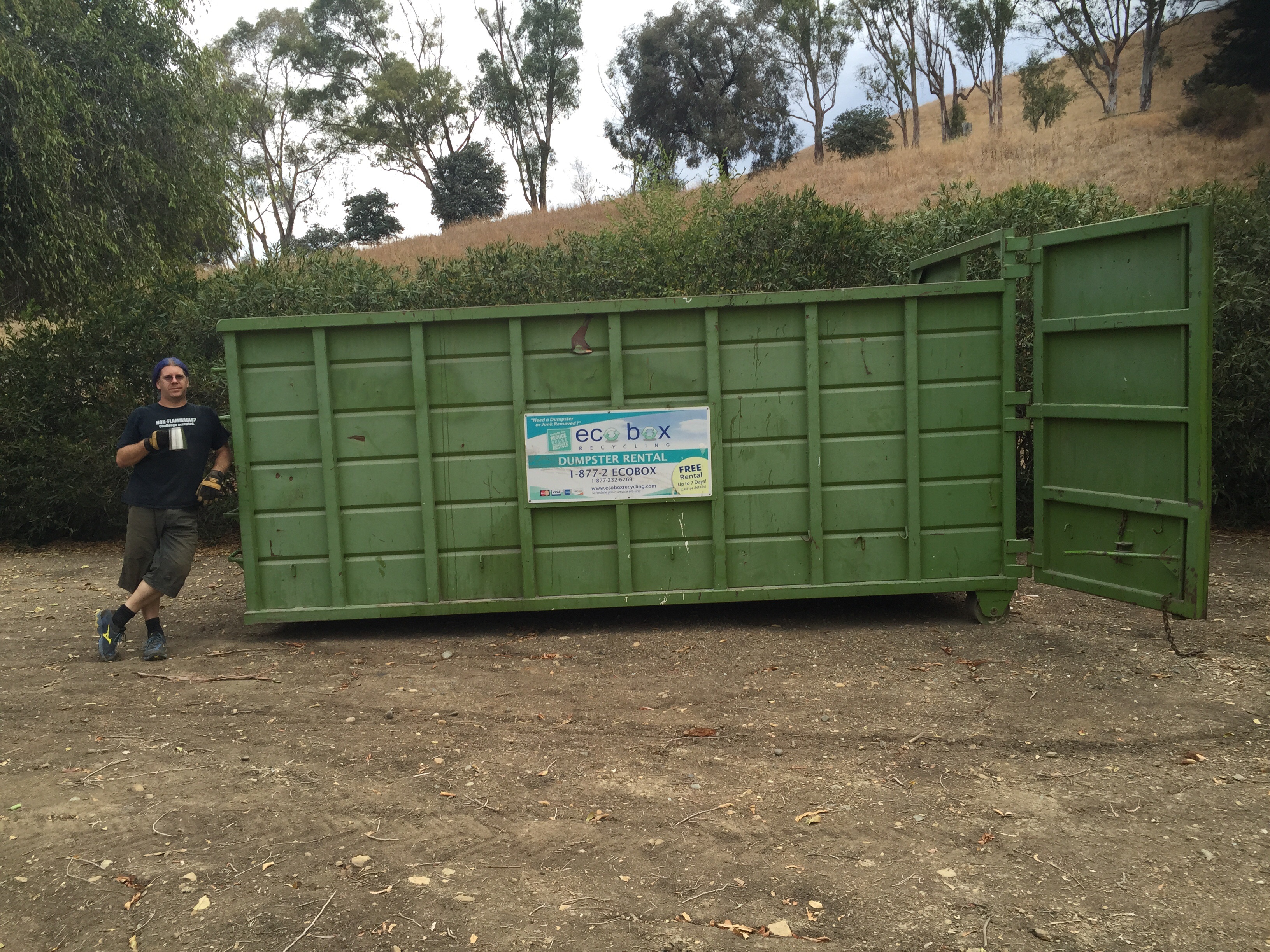 As mentioned numerous times, the POs did next to nothing in terms of taking care of the property and thus we have been sorting out and addressing close to thirty years of neglect.

Case in point (open it in a new window to see the nitty gritty details):

All the stuff to right of the barn:  total crap.  Basically the POs used that paddock as a giant dump.  Any thing they couldn’t dispose of in their normal garbage, mainly things like old Christmas trees, tree limbs and old lumber, got chucked over the fence.  We want to get rid of it plus all the crap they left behind the barn (although we will keep the chipper and old bathtubs.)

In the meantime, last week I had a dumpster delivered.  I’m trying out Ecobox as they said they’d take the treated wood/rail road ties we need to get rid of.  (Imagine that: 900 railroad ties floating around this property and after 40 or 50 years we need to dispose of a few.) So the dumpster arrived last Tuesday and we proceeded to fill it up.

We tried to be organized about putting stuff in.  AS and his dad managed to fit in about 2/3 of the debris from the old stable.

Then on Saturday we got rid of the debris from the deck that once sat outside my office.  (The one that had to be ripped up because it was built over the septic tank.) We used a combination of the mini truck and the tractor (Dino.)

Our supervisor was back and just as dusty.

After all the old timber was loaded put in the old diving board and all the wiring we ripped off the house back in July.  Remember….the POs had a TV in every room and thus we had coax spidering all over the exterior of the house.

And then father and son happy after three weeks of labor.

To give you a sense of scale…

This is now the view outside of my office.  In this pic AS was moving the last two bits of debris with the tractor:  the Whale’s old engine and transmission.

Quite an improvement compared to the old deck and then later the remains of said deck.  Now…it’s time to start planning a garden.  One with a small aviary so that the boys can spend time outside yet I can keep an eye on them,