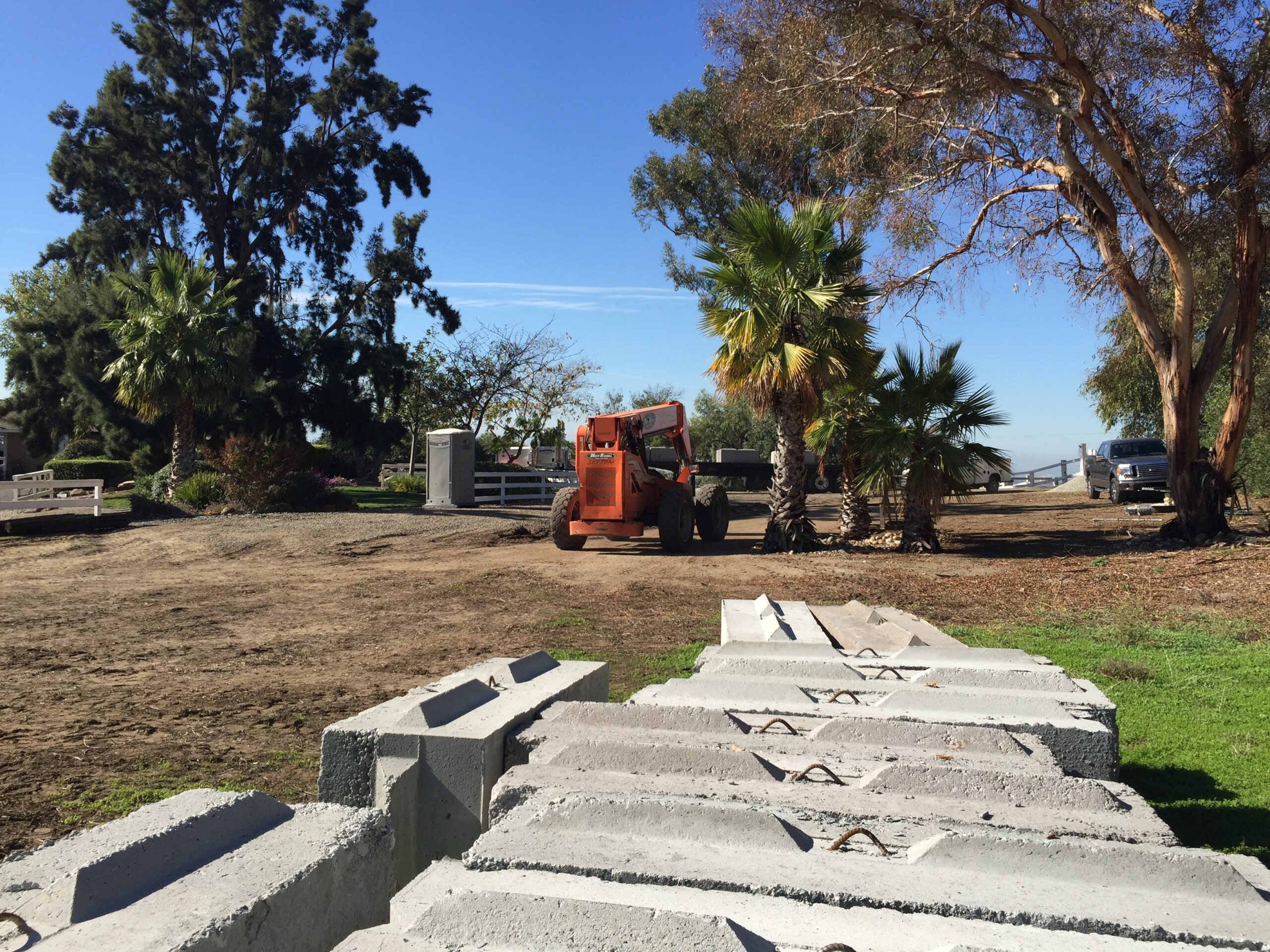 We ended up purchasing 96 blocks.  Some of them are shown in these images.  Since the 18 wheelers bringing up the blocks could only bring up a dozen or so at a time, that meant we had 8 loads in total brought to us.  Each truck had to be unloaded and blocks moved to staging areas, as while most of this was going on, we were still getting the footer work completed.

We moved some of the blocks down to the space formerly occupied by the old dog kennel.  This sadly was the concrete that broke that pad’s back so to speak–granted said pad was all ready cracked and dying, but since we will eventually have a generator down there, it did mean that sometime soon we’d need to replace all or part of the pad. Here’s a shot of what an 18 wheeler cresting the hill of our driveway looked like–the shot was taken from the roof as I was up there to service a camera. And finally here’s a video of how we unloaded blocks.  It worked best if three people did the work.  The semi driver would hook up the chain on the telehandler to a block.  The telehandler driver would then move the block over to the pile where a third person would unhook the chain.  The work went pretty quickly, but at this point we were only a little over halfway in terms of taking possession of all 96 blocks we needed.