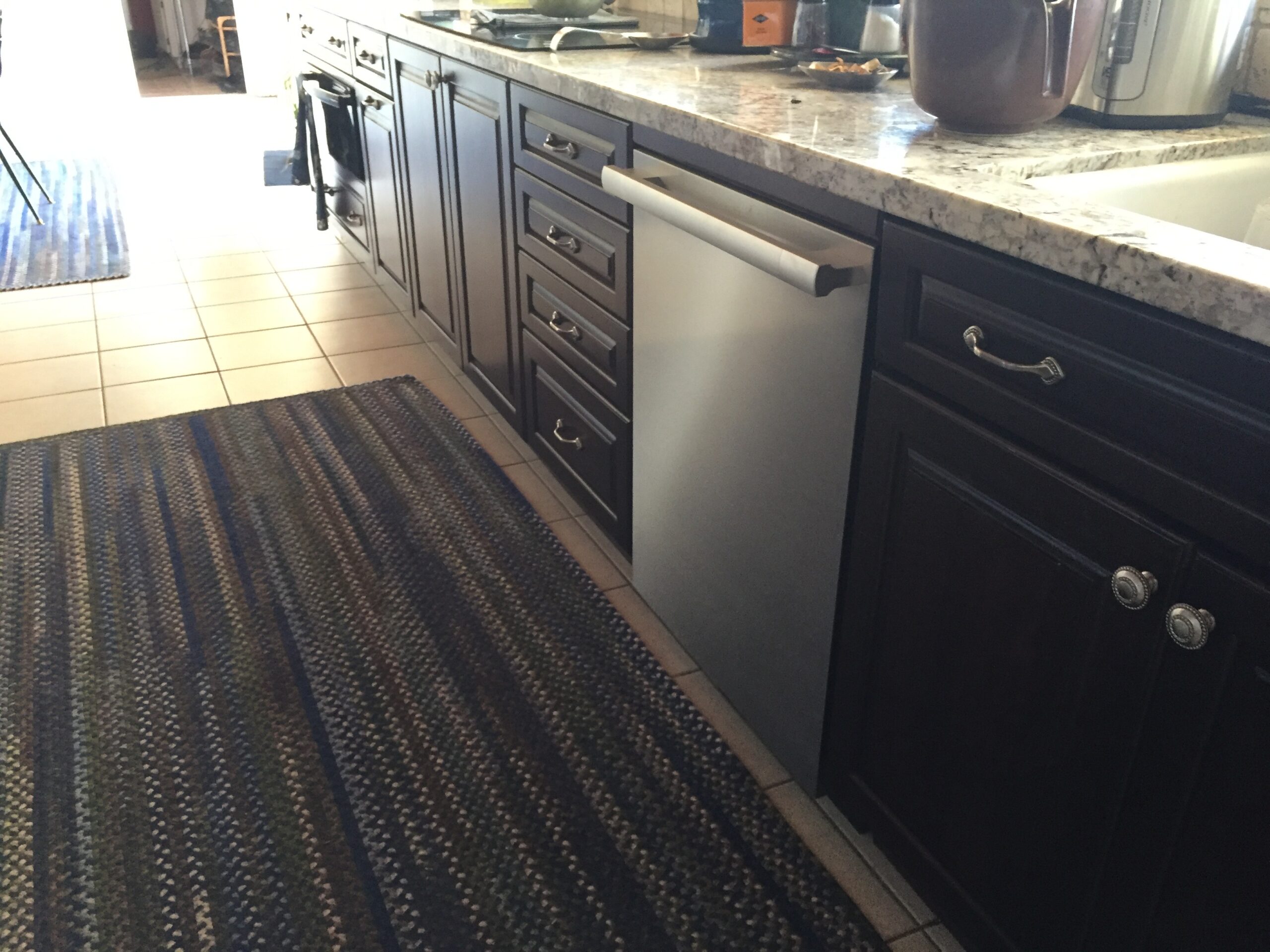 Since moving in we have had issues on and off with the dishwasher.  The POs remodeled the kitchen back in late 2014/early 2015 in order to have a better chance of selling the house.  Only their choices in appliances goes to show just how annoyingly stupid and uninterested they were in the long term use of the home.

Case in point, the first winter we lived here we got so fed up with refrigerator that could not be opened properly because of the size of it’s door handle and its location that we just went out and bought a new one.  It was amazing how quickly we forgot how annoying the old fridge had been.

Well the dishwasher and the stove the POs purchased and had installed are both equally problematic.  While the stove cannot hold a constant or even uniform temperature within, the dishwasher required one to do a little wiggle with the door each time you want to run it otherwise the door didn’t close properly and the unit wouldn’t run.

Back in August we finally learned the root cause of why the dishwasher needed to be wiggled.  Turns out the POs had left us a defective unit that was missing part of the left-side hinge.

Eventually the construction failed and we had a very saggy door. So we did our typical read lots of reviews, research various options and finally settled on a nice Miele unit.

Here’s a shot of it installed.  Our problem is now solved!