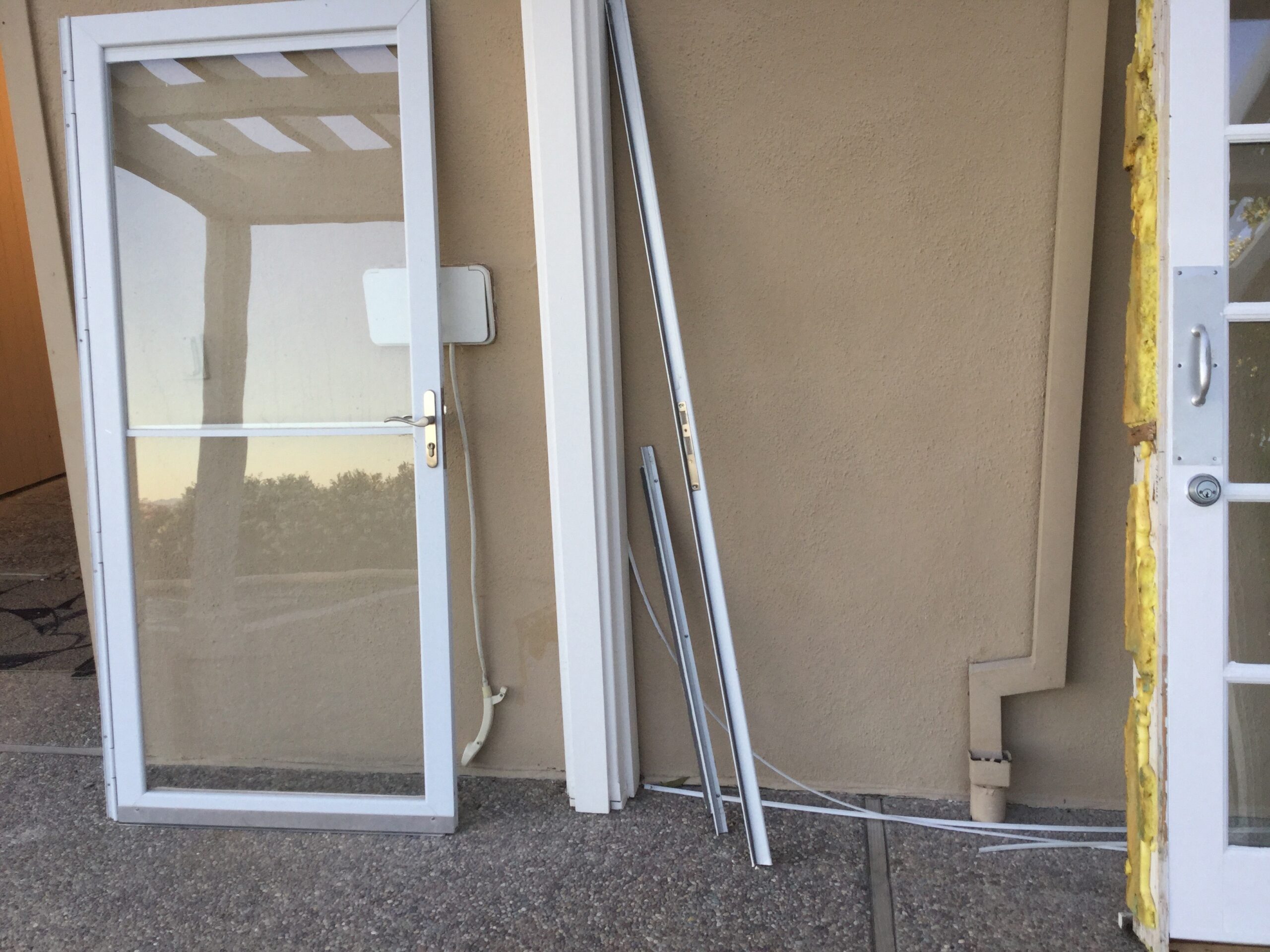 Who actually needs four separate doors into a building that is basically just two rooms?  Well apparently the POs did.  At some point after building the studio building in 1999 and the time they sold us Purgatory they put in a fourth door to the studio building.  This was in addition to the two sliding glass doors that allow access from the south and east and the set of French doors that are our usual point of entry from the west.  And they didn’t install just any door either. They put in a door with 15 panes of glass, a swing arm mechanism to make sure it stayed closed and a separate storm door.

To top it all off, whoever they had do the install did not do the best work.  If you look carefully at the top of the small door in the image below you’ll understand what I mean.  They just had someone cut a hole in the wall and then they jammed in the door…. 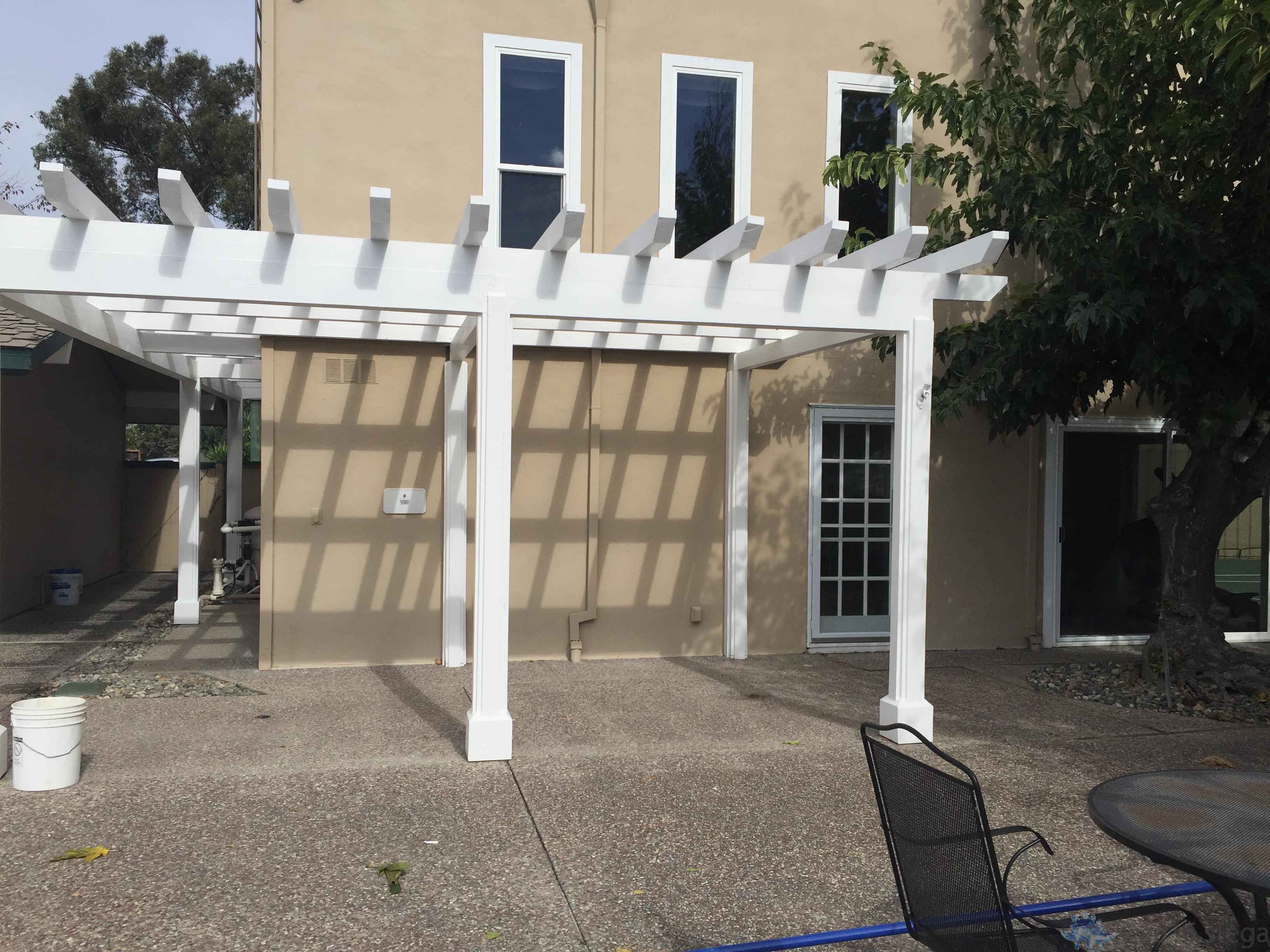 Then there is the matter of the stupid little “shower” they installed.  If you again look at the image above, you’ll see a funny white box embedded in the wall to the left of the doors.  That was the POs idea of an outdoor shower.  It was a shower you would have in an RV–once again just jammed into the wall. The stupidity gets even better!  At some point in the past the POs replaced the east facing windows.  Here’s a shot of what they looked like originally. Well it seems the POs really liked contractors who did craptastic work:  either per the PO’s instruction or by going off on their own and simply not telling the POs what they were doing.  We knew back when we had the minor flood in the building thanks to the uncapped pipe that was supposed to connect to the stupid RV shower, that in addition to water damage in the south west corner of the building, the north east area where these windows are located also had some water damage.

It wasn’t until our contractor (who doesn’t do things half-assed) pulled one of the windows apart to start addressing the water damage and he discovered just how stupid the POs were.

At one point there were actual windows with actual frames in the openings.  But sometime in the past the POs had the windows AND their frames removed.  Yet they left the nail strips in place and just cut the frames out.  Then instead of putting in new frames and panes, they just shoved in replacement panes.  This meant there wasn’t a proper seal to keep water/moisture out.

Once again–you just can’t make this kind of stupid up. Anyway, after new windows were ordered and while we waited on them to arrive, our contractor got busy on removing the fourth door.  It was pretty much the same sort of craftsmanship.  Basically the POs had just cut a hole in the wall and shoved in a random door using small bits of weather stripping as shims. As you can see in the above pics all of this made quite a mess.  Yet it didn’t take long for the door to be pulled out and the old hole to be framed and sealed up.

So since we were still waiting on the new windows to come in (they had to be custom ordered) our contractor got to work on inside the building.