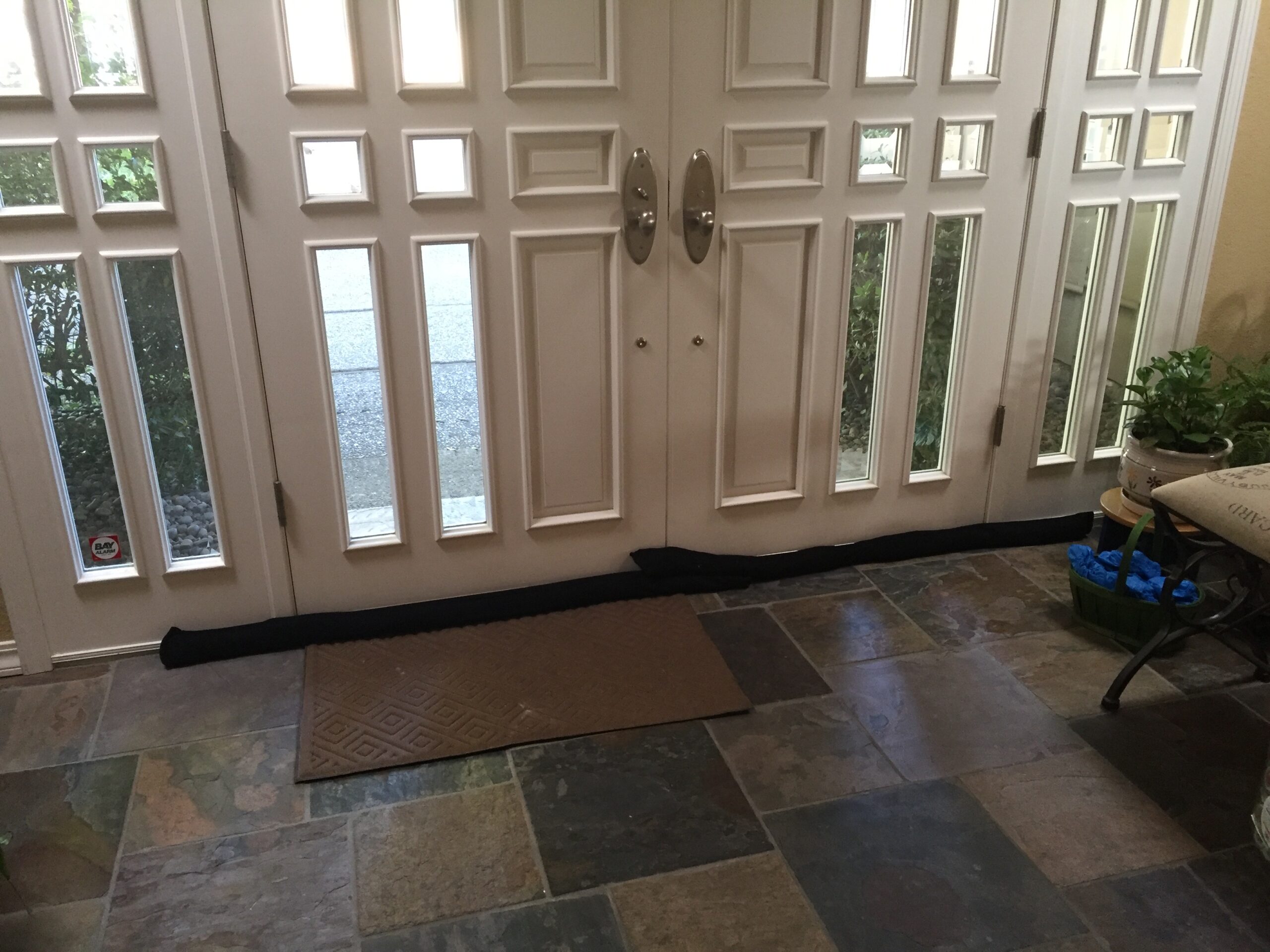 One of the more annoying tidbits about our house is the fact that the front door has a very large gap.  In the winter this makes for quite a draft.  This past winter though I got….crafty. Two towels have been stitched together to make one longer length. Then spread some everyday pea gravel along one edge. Then roll up the towel and sew the ends shut.  For added thickness, roll a second towel around the first–this also keeps any dust from the gravel contained.   I rolled and secured these second towels separately so I wouldn’t have a big lump in the middle since I was lazy and didn’t want to undo the original edge seams of the towels. Then cover the towel bits with a sock made from a prettier fabric if you want…. And the end result will be something like this. I ended up making two such black wormy things and turned this…. Pretty awesome for stopping the draft–if only I could make something similar for our giant three sided fireplace/chimney.

Oh and that little basket on the floor there: that’s now full of little booties contractors can slip over their shoes.  I found a bunch mixed in with the car cleaning supplies–left overs from when we lived in SF and would have the carpet on the stairs up from the street cleaned.  For some reason even though it was just two of us in that house the guy who did the cleaning for us always insisted on leaving us a dozen or more of them.