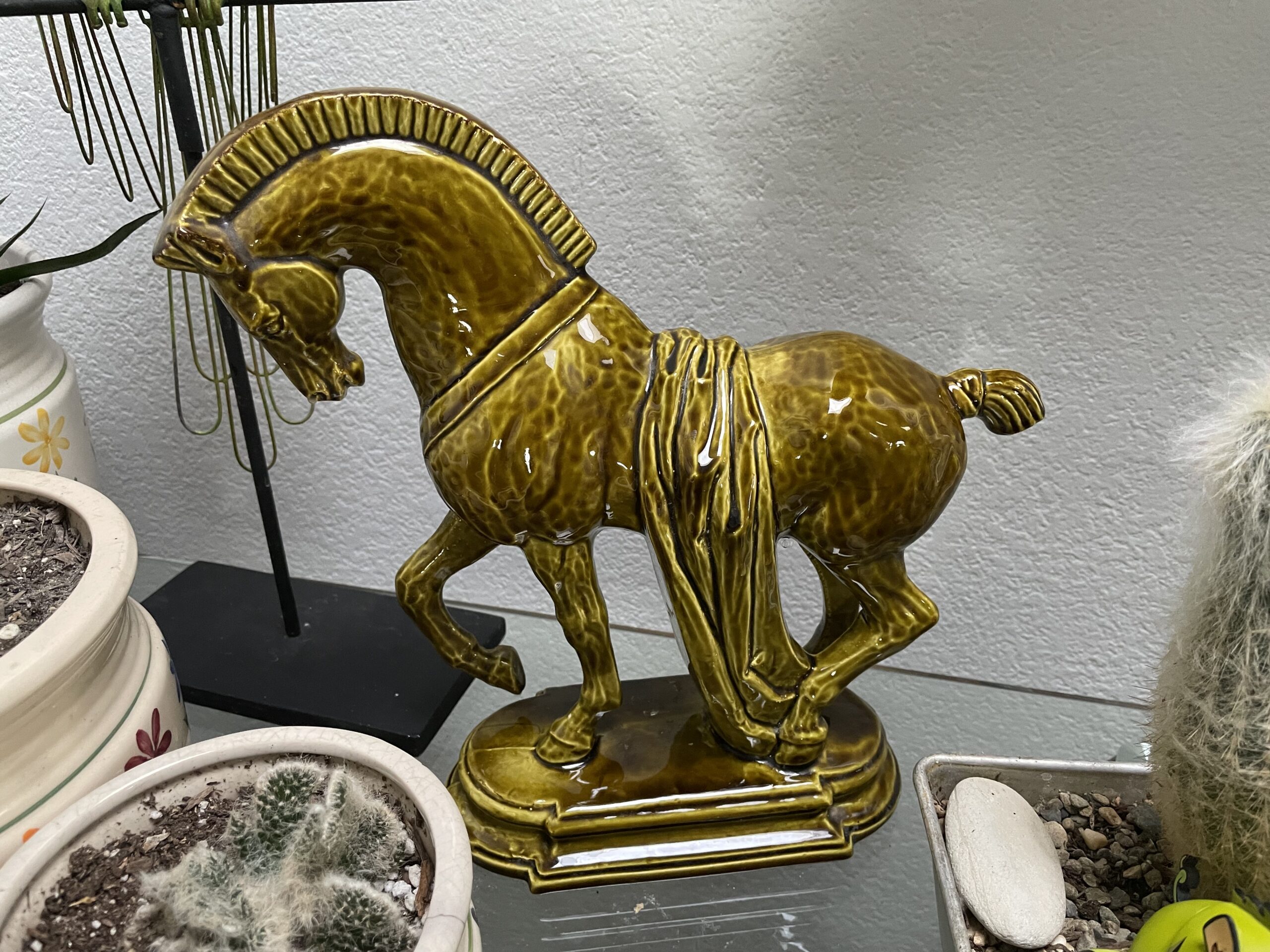 Last fall I drove out to Ohio and spent a month visiting my parents. During that time I organized their basement. Things like the fifty-year-old moldy couches and naugahyde chairs were carted away and I went through about 100 file boxes full of random papers as my father has annoying habit of cleaning his office desk by tossing things into a file box, carting the box downstairs and then forgetting about it and all the other boxes he’s taken down there in the past.

I also created a small pile of stuff to have shipped out here since I drove a teeny tiny car and there was no way a few side tables, a desk, some lamps and an old dollhouse would fit inside it for the trip home. 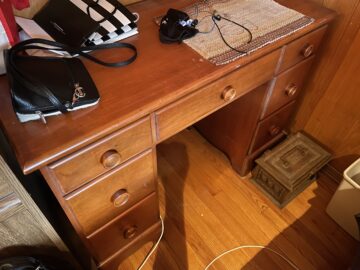 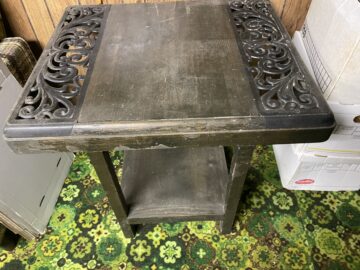 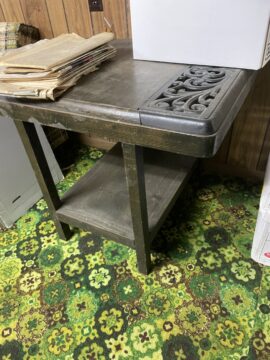 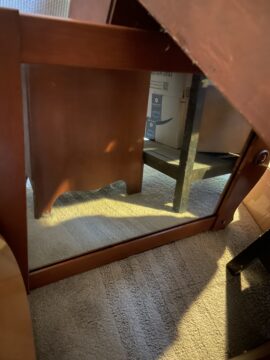 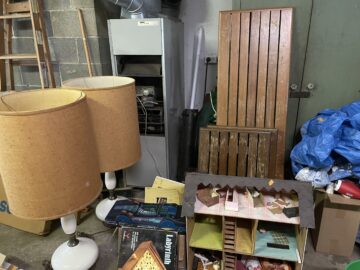 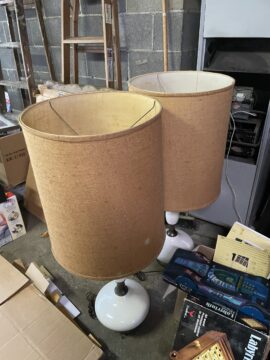 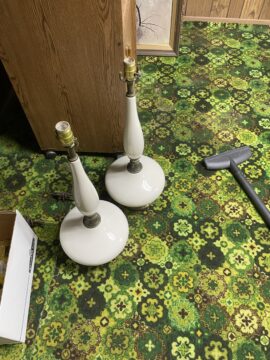 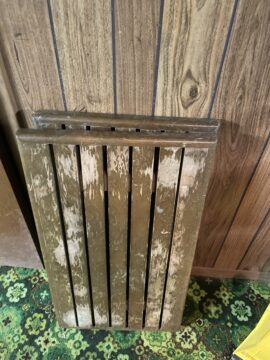 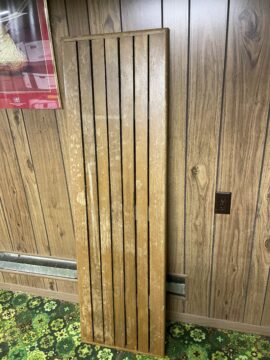 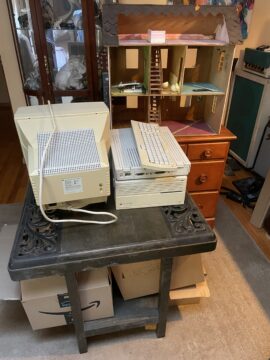 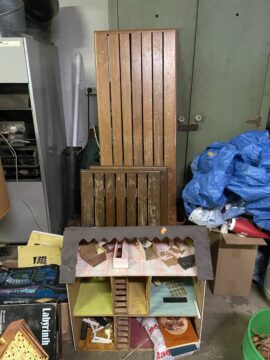 I did manage to squirrel a few things into the car. A vintage horse light, a bit of art I picked up when out and about and a few pieces of Imperial white carnival glass that were languishing in a box in my parents’ basement. 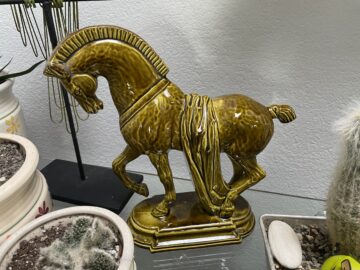 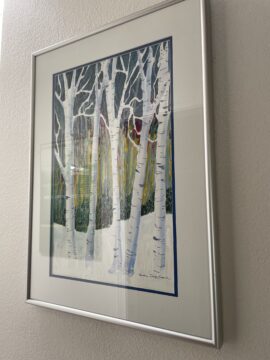 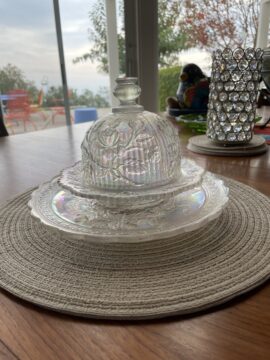 I also brought back two adorable doorstops. Regular readers might remember we use doorstops that I made here as the summer winds will often cause the doors to swing about and slam shut. I picked up the chameleon via an Ohio auction house and the frog belonged to my grandparents. Once home I glued new felt to their undersides and now they work hard for us every day. 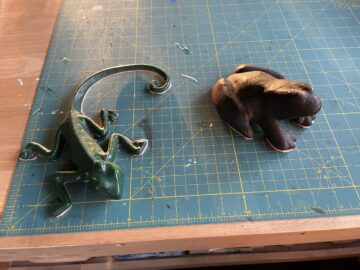 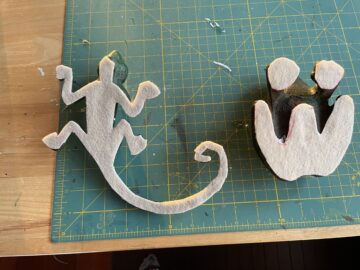 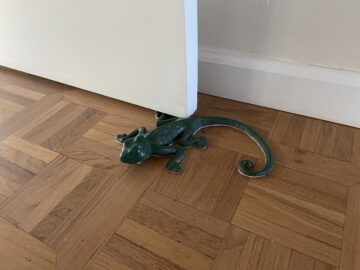 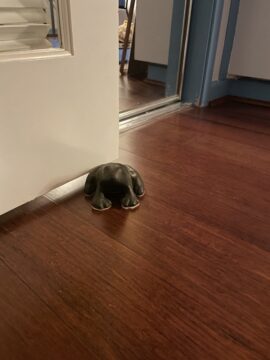 About a month after I got back home the shipping company rocked up to my parents’ house and packed up the pile of stuff that had been sitting in the back of their living room. I went with Transit Systems as they had decent reviews and mainly deal with small moves like this. About a month after the pickup a small panel truck rolled down the driveway and things were unloaded here.

The desk and mirror joined the bedroom set in the guest room. Originally all that furniture belong to my maternal grandparents and when I moved out to California from Columbus my parents still had the desk up in Cleveland. I never really had the space for a second desk, so it wasn’t until we bought this place that bringing it out here became a good idea. Originally we thought that when we head out to pick up the 002 from Michigan we’d swing by and pick it up, but that plan has been delayed again and again. Now the desk helps fill the space and provides a useful spot for guests. 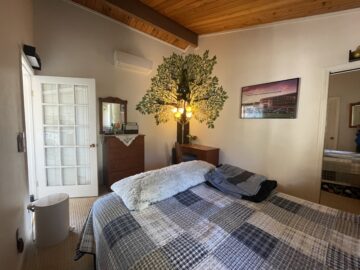 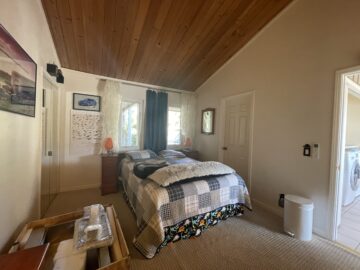 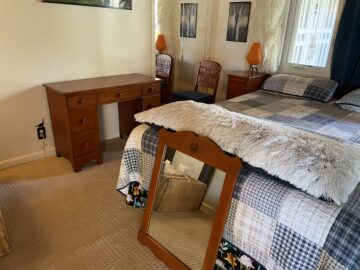 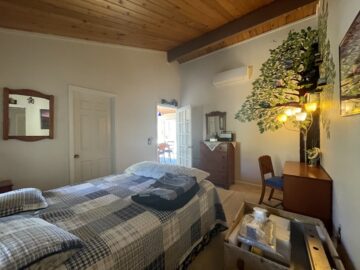 But wait there was more!

This super cute clock was in a box of small stuff I had moved out. It is very vintage and fits into the room nicely.

Then there were small boxes of childhood mementos, the old dollhouse (that is still in its moving box,) the lamps (that need new shades before they go on the tables (that need refinishing) out in the great room. Plus a weird table from a great aunt, some dishes that belong to my grandparents as well as some glassware are stashed away for use. Plus my mum sent along a spiffy mug. There’s a family story behind it. It’s also perfect for my morning cups of tea. 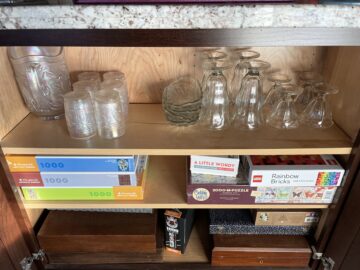 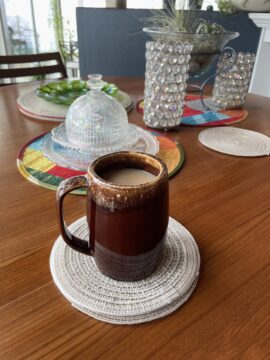