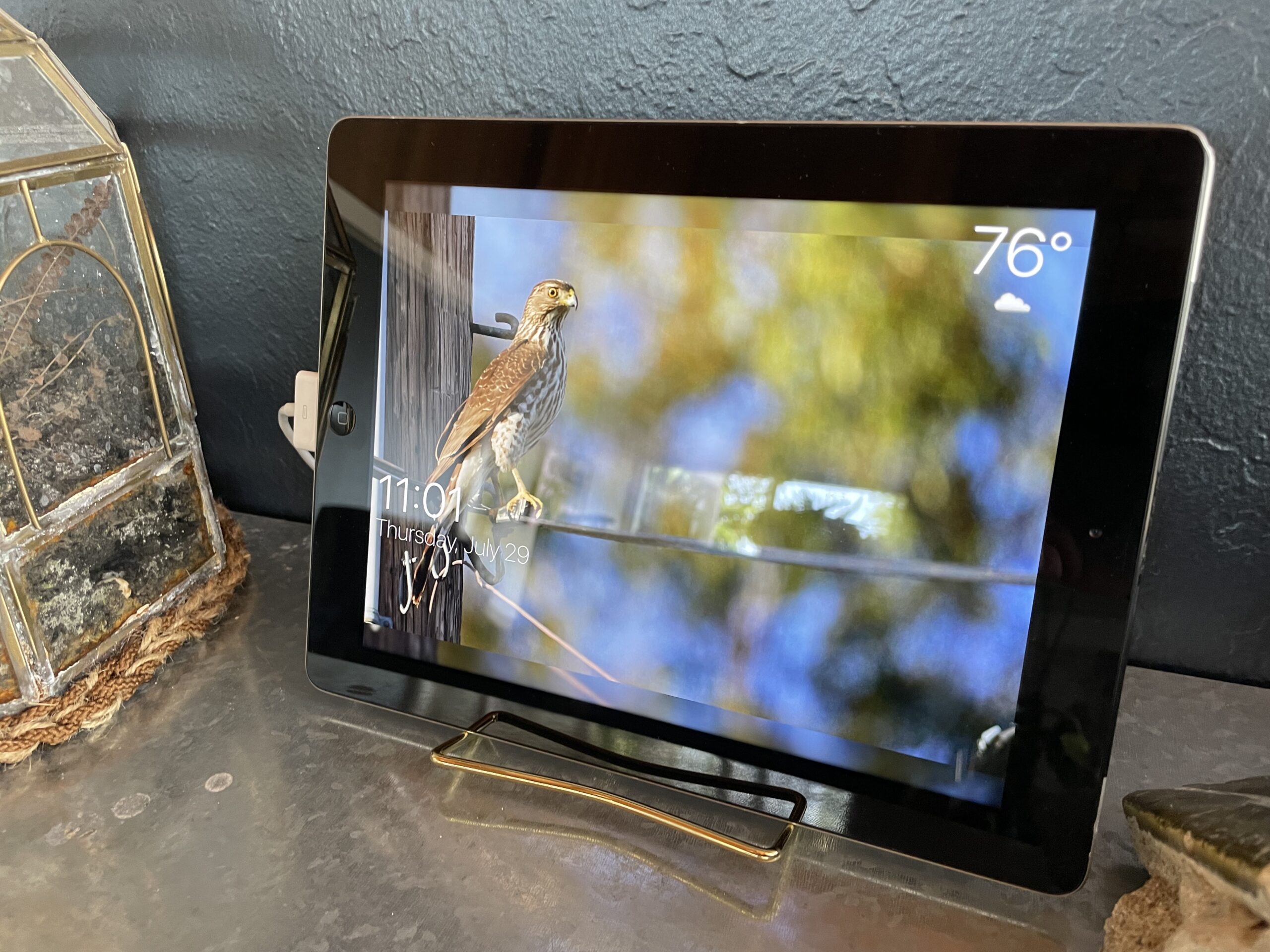 When we started buying stuff for the walls of the house we considered getting one of those big LCD displays that would show random works of art. Only problem with those setups is they work on a subscription based service and should the company tank, we’d be left with a big LCD screen and nothing to show on it. Sure we could probably hack something together, but that would take time and energy. So instead we went the route of finding real original art we liked for prices that didn’t induce head spinning.

But….we thought having photos of our travels or some of the images I’ve capture of the wildlife here at the ranch displayed would be nice. We didn’t want to be like the previous owners though and have every horizontal surface covered with framed photographs of ourselves. (I’m not kidding — take a look here at the original listing photos.)

Then I hit on a lovely idea: why not use a couple of old iPads as digital photo frames? Turns out really really old iPads that cannot be updated past iOS 5.1.1 have a built in feature that makes this sort of thing super easy. All you have to do is create a folder on a computer and put (copies of preferably) any images you want to display and then connect your iPad to the computer and sync them over. Then in the Settings go to Picture Frame and select the folder(s), as well as time for each photo to be shown plus if you want to play in order or shuffle and what sort of transition. When done you just go back to the Lock Screen and hit the little sunflower in next to the slider bar.

So that’s what I did with my original iPad…. 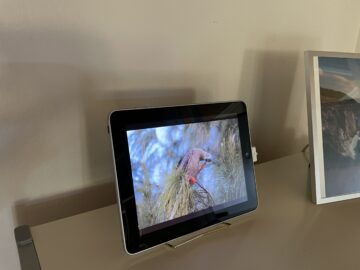 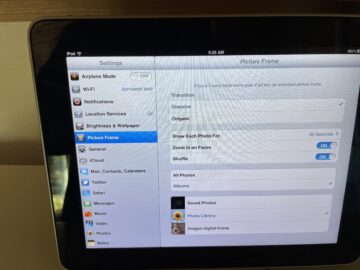 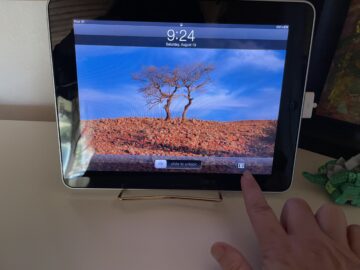 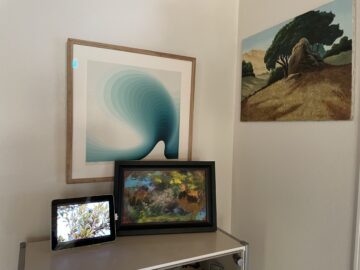 Sadly there’s no way to schedule a sleep period or wake time, so it just continues to run unless you perform manual intervention. But the resolution and ease of setup (plus no subscription needed!) pretty much beats any dedicated product on the market. Even this shaky video shows off how nice it looks.

Newer iPads don’t have the built in Picture Frame option as (booo) Apple removed it sometime in the past. But there are several options to duplicate the feature and they have more features. So I paid for LiveFrame and set it up on another old iPad. This one, a third generation, runs iOS 9.3.6. It has the ability to pull from a bunch of external sources plus can also use local images. Even better it can be set to sleep and wake at set times AND you put time and current weather on the screen. Then I went on Etsy and found a couple of simple brass stands and now, two years later the iPads are still doing their thing. 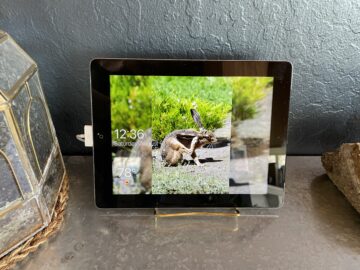 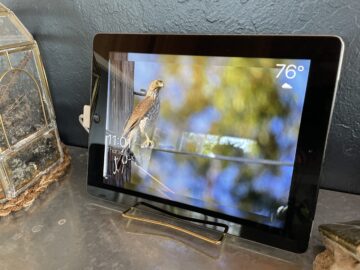 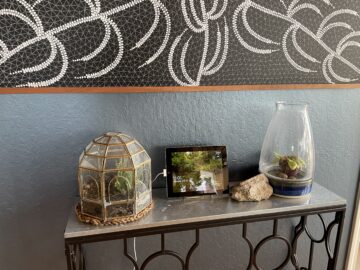 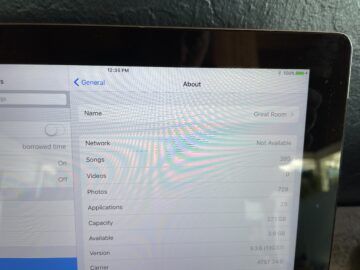 Plus I liked the app so much I set it up for my mother back in Ohio. Only in that case she uses shared albums so that other family members can add stuff to it.