According to the Doc and the original plans of the house there were originally built-in planters on each side of the front door in the entry foyer.  Since moving in, we’ve been slowly filling it with various potted plants, but it was looking pretty haphazard.

After much research I hit upon some trough planters made by Lechuza so we ordered two with pedestals.  When they arrived they were rather intimidating in size…. 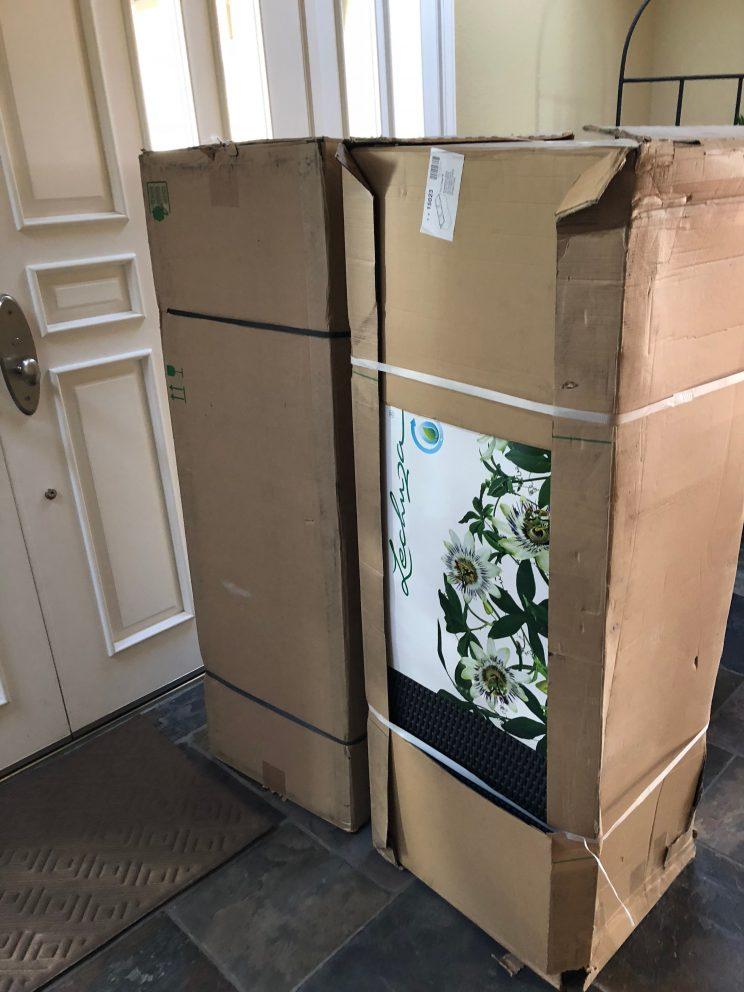 Once setup though they’re super easy to work with as there are three separate square planters that you can pull out of the main trough, work with, and then slip back into the main assembly.

Two of the original architectural drawings that were hanging in the great room were then moved to the foyer and now the balance of planters and benches on each side makes for a much more pleasing and polished feel in the space.

One last decorative detail was a set of two tables I found on clearance at a craft store (similar to the little benches we picked up way back.)  Here they are nested together, but once we redecorate (ie paint and buy a couch) the great room, one of the tables will move around the corner to help tie both spaces together.

Oh and bonus fact, the little flowers atop the tables:  the vase is actually a plastic pitcher I bought for making sun tea but after much use the handle cracked off, so I found some flowers on clearance at the same store as the tables and presto — we have a pretty little arrangement for when we do actually greet visitors at the front door.