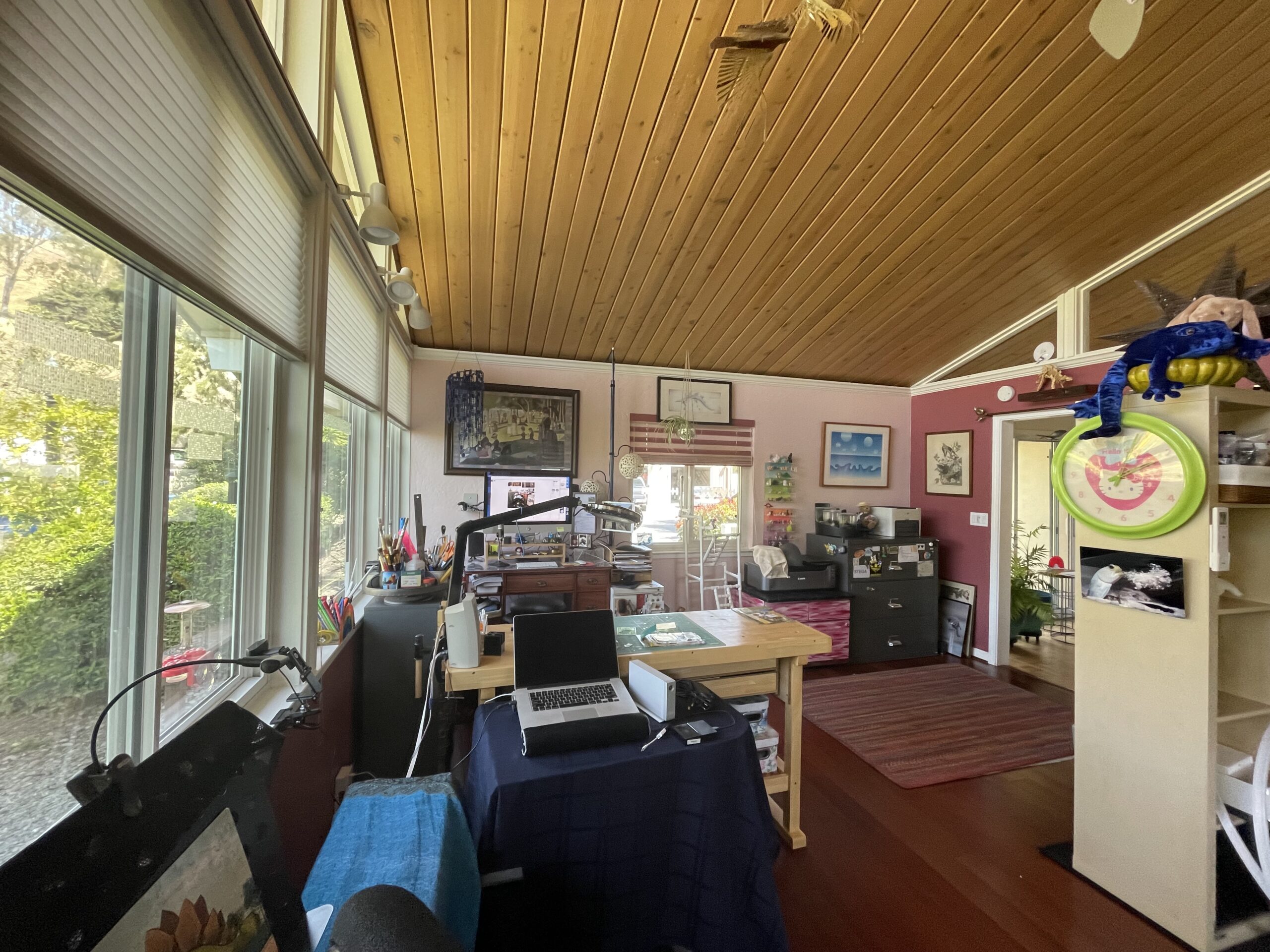 My office, formerly used as a family room by the previous owners has gone through many changes and shuffling since we moved in to the house. This post was a half finished draft with just some random images, so I figured I would turn it in to a retrospective to highlight many of the changes over the years.

First a gallery that includes the original listing images, some never-before-seen-pics of when we looked at the house seven years ago and then a few shots from before we had moved down from San Francisco. 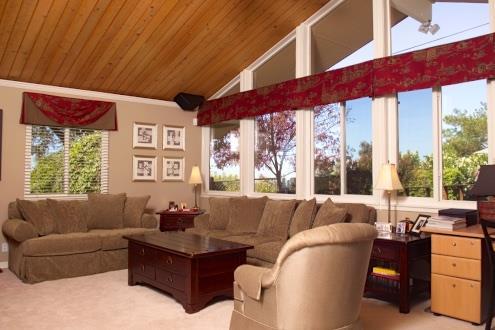 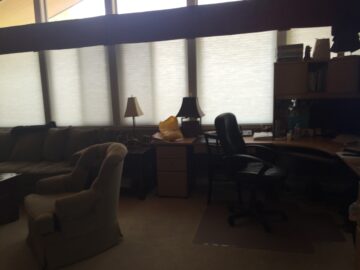 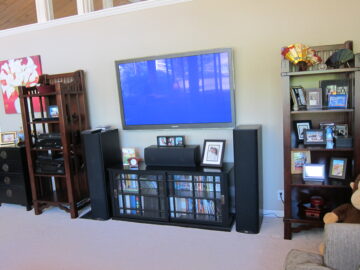 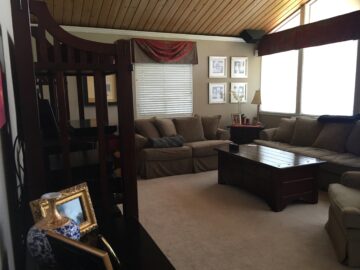 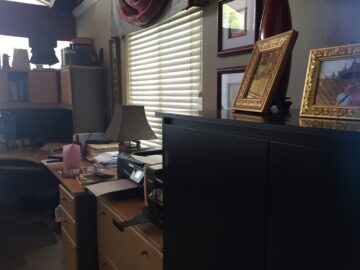 Shortly after moving in I had hardwood floors installed because the existing carpet was nasty. In addition, Agent Smith put in some nice track lighting along the north windows. Here’s a gallery showing off the room prior to it being painting in 2018. 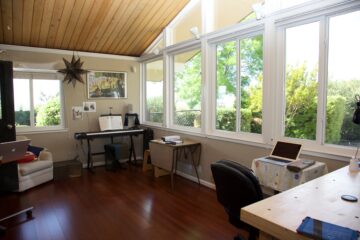 In the spring of 2018 I went off on vacation and our favorite painter changed out the awful pukey brown walls with a couple of rosy shades. Then when the old diesel furnaces were ripped out I was left with some holes in the pretty flooring, but thankfully I managed to get more matching boards and then the holes were covered up. 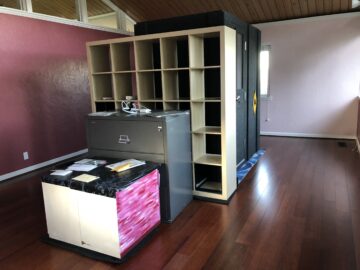 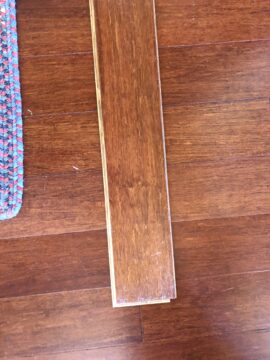 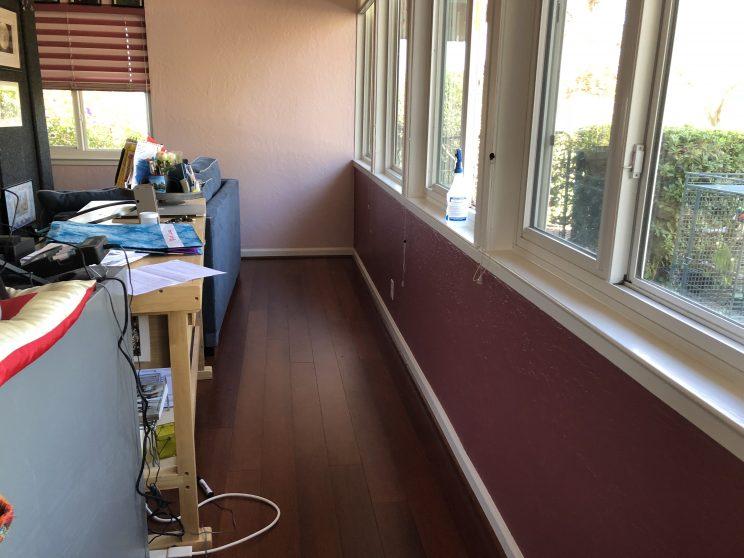 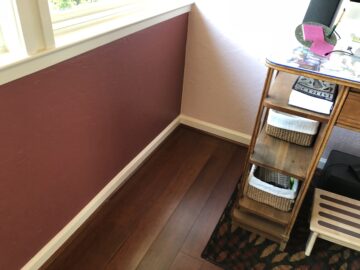 Since all that work changes have been less drastic and more subtle. Although I did make a curtain to help with drafts in the winter and to keep the cooler air in during the summer: plus it helps deaden the house sounds a bit more when I’m in my sound booth. My computer desk got a refinishing as did the cedar chest that once belonged to my grandmother. To top it all off, I painted the wooden blinds to match the wall colors. 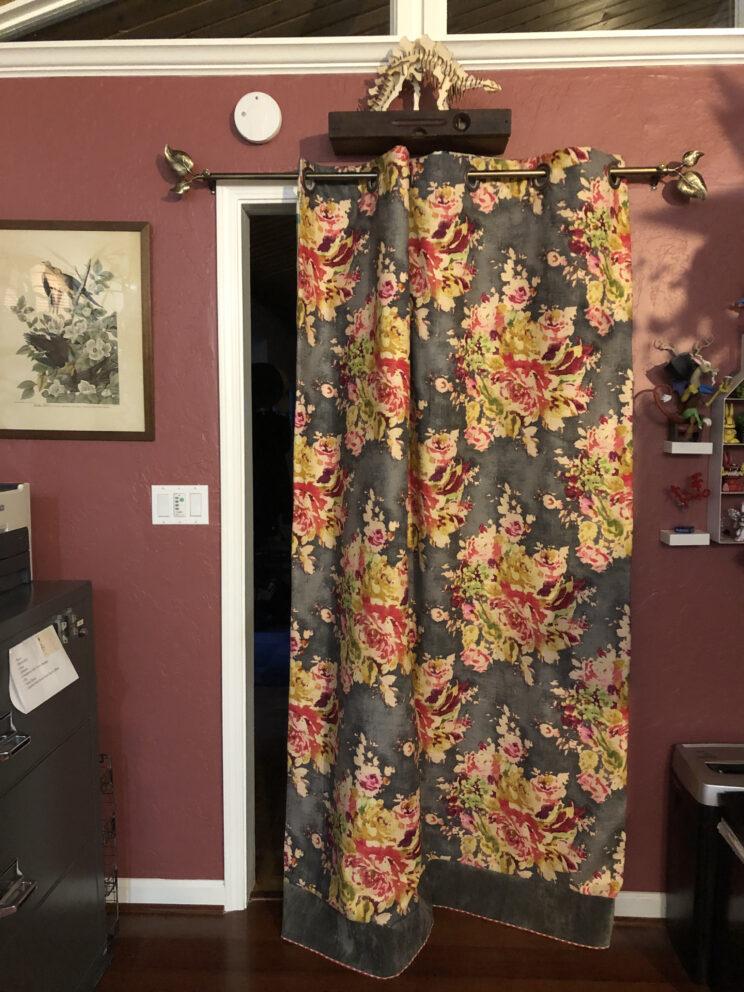 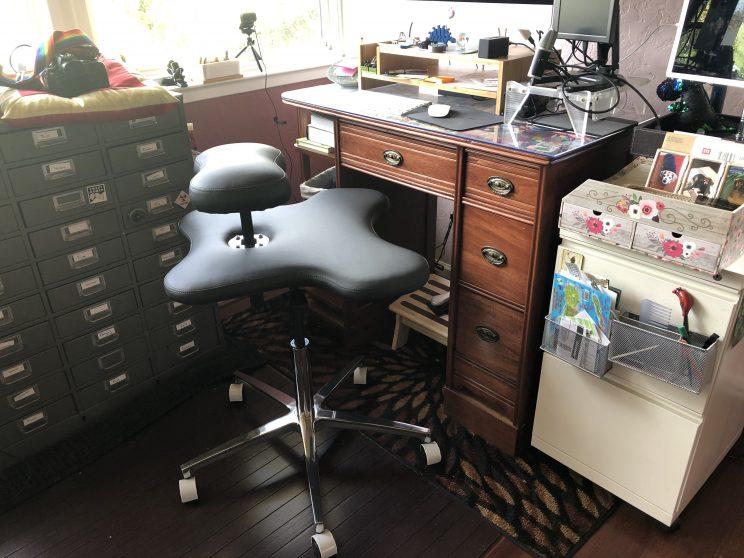 Since all those big changes its mainly just been incremental changes that usually came about when I was cleaning/organizing all the stuff that accumulates in the space. I just finished one such endeavor and so here are some pics from today to show it off a bit. 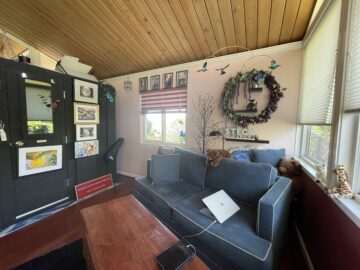 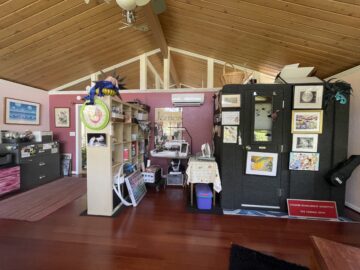 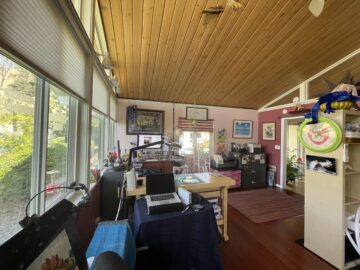 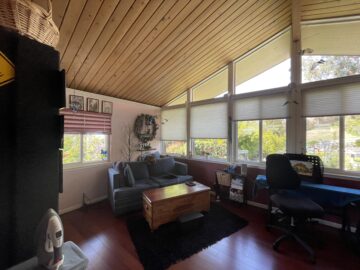 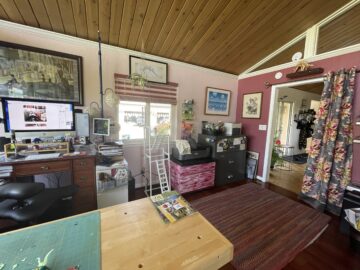 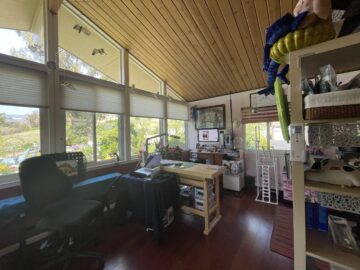 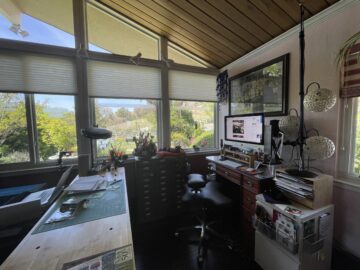