While we were busy with the boards, Agent Smith used Bambi to excavate debris that was buried beneath wood chips and other debris.  While the wood chips were our doing, as our first winter here we had a crew on site for 8 days dismantling the 30 year old trash pile left by the previous owners, the rest of the other garbage had been behind the stables so long that all that was left of what has once been left there to rot were things that don’t rot.

For example we discovered that at one point instead of dealing with the asphalt spoils left from repaving the driveway the POs simply dumped them behind the stables.  At some point either the POs or the Doc also disposed of a bunch of mattresses behind the stables, but all that was left of those were the binding tapes and springs. In addition some random piece of farm machinery was added to the pile and all that was left was this large and very heavy mass of rusted metal. Agent Smith also uncovered several old metal drums.  All of which were filled with water which meant when squeezed by Bambi they could be used to water some of the weeds growing up behind the stables.  These were soon inserted into the waiting dumpster.

We ended up filling two dumpsters bringing our running total to 15.  While one of the dumpsters was completely filled by the neighborhood cleanup I led, the rest were filled with debris from the ranch.  Keep in mind that number of 15 does not include the four dumpsters we filled with debris during the wall project (as they were brought in by the firm we had working on the wall.)

Even more insane is the fact that we will be adding to that total in the spring as we’re not done yet!  The house yard fence is scheduled to be renovated this winter, and with the studio building currently under going renovations and plans for the furnaces to be replaced, there will be more garbage generated. Thankfully that garbage will be something we created and not something left for us. 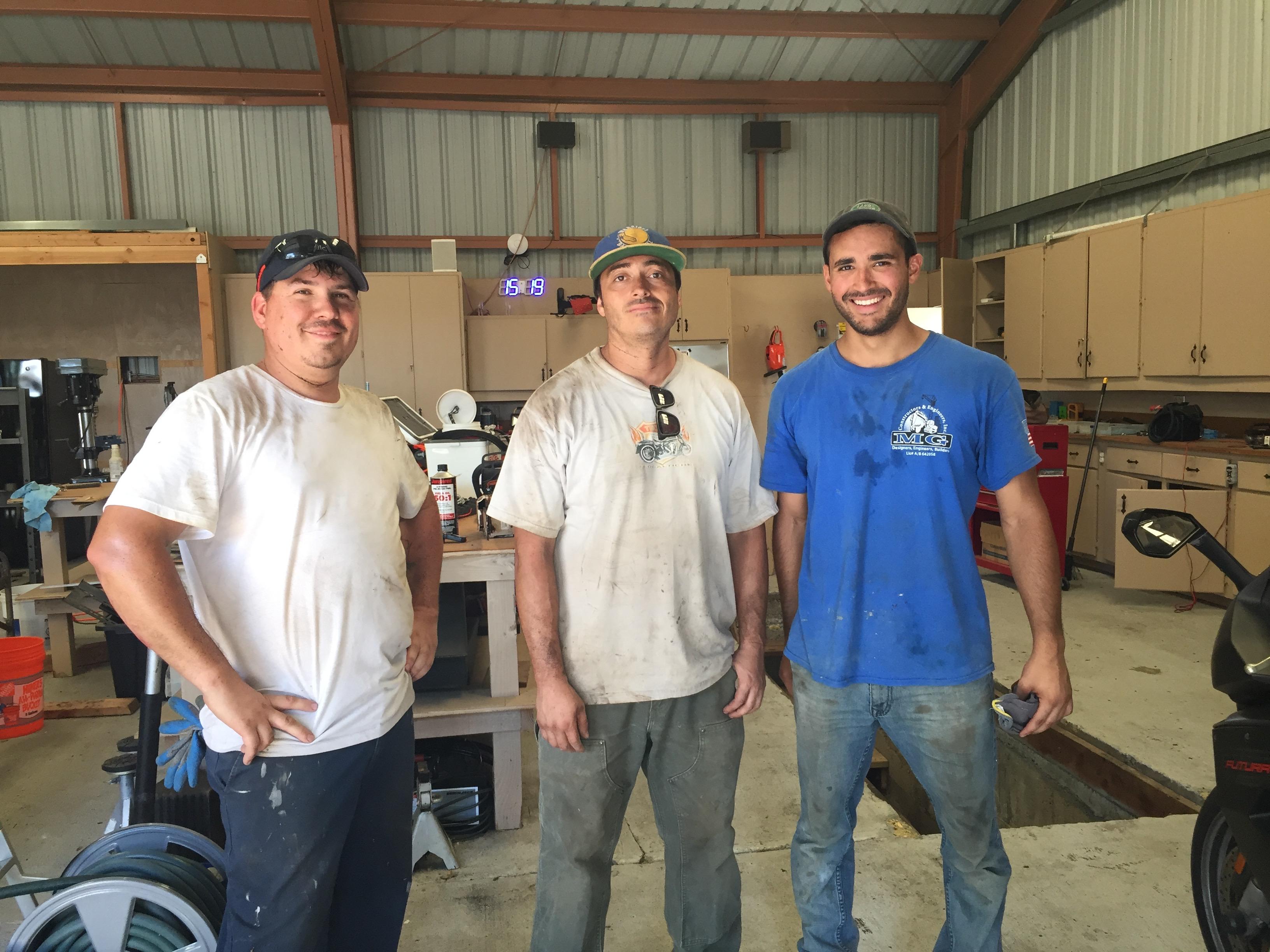 Lastly, here are some shots of both the crew of guys who helped with all of this and what it now looks like back behind the stables–although we still need to figure out what to do with the old chipper (I’m thinking Craigslisting it for free!)