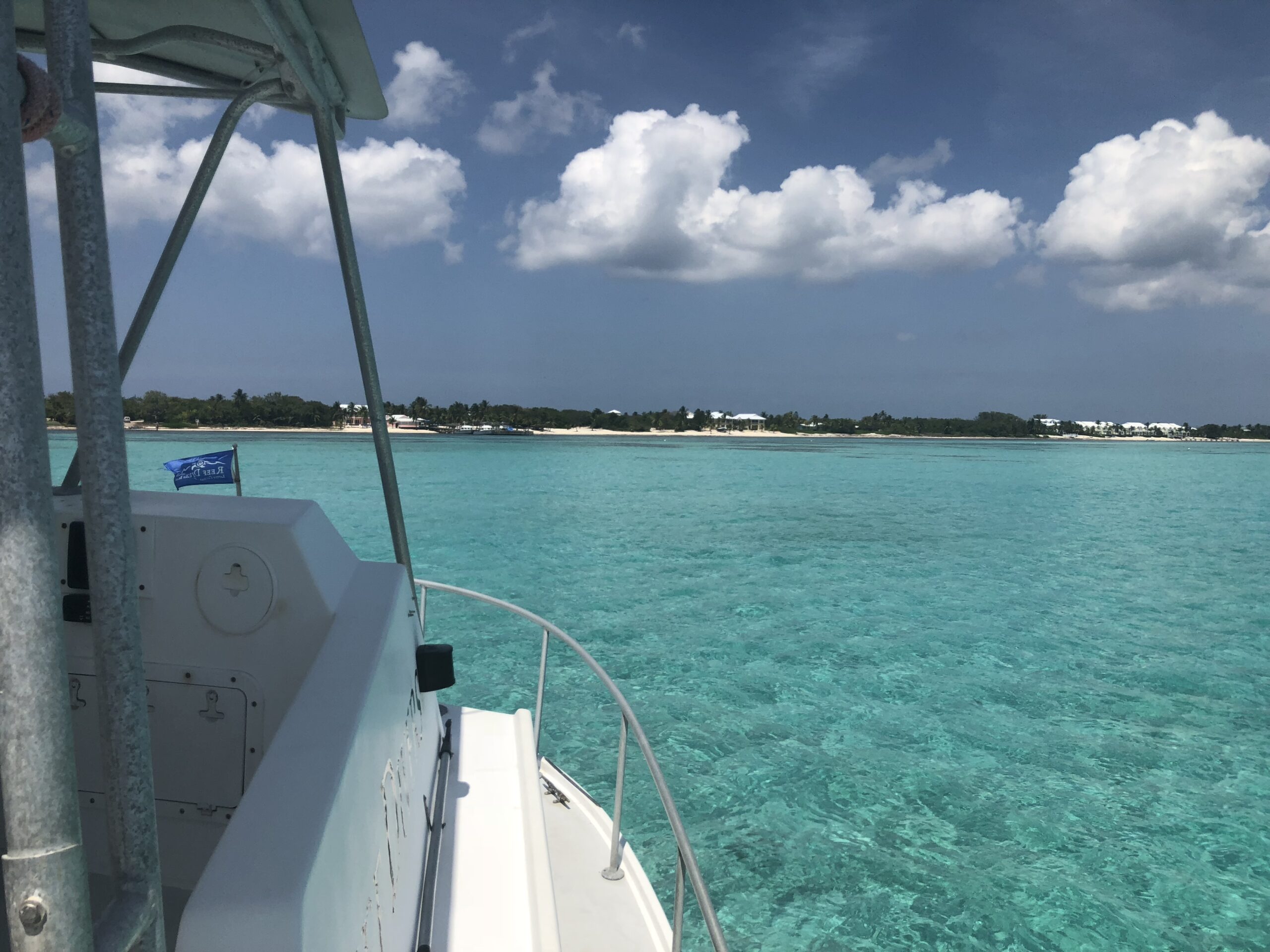 Way back in March of 2018 I took my first vacation since we bought Purgatory. I went off on my own to Little Cayman for a week and a half of diving.

First I should explain that getting to Little Cayman requires three planes.

The only way to reach Little Cayman is via plane from either Grand Cayman, which is 60 miles west or via Cayman Brac which is about five miles to the east. To get to either of those from Purgatory, which in case you missed it, is on the west coast, one has to fly to someplace like Miami or Dallas and then hop another flight to Grand Cayman. That last flight is a tiny De Havilland DHC-6.

I was smart and flew on a weekday, which I highly recommend, as Grand Cayman airport is a total zoo on the weekends. Lots of people flying in and out — often with small screaming parcels attached to their hips. I was very surprised to find that I was the only passenger on the flight to Little Cayman.

That’s right. I had the entire plane to myself. It was just me and the pilots for roughly 30 minutes of flying over the sea.

Here’s a video I shot of the landing and takeoff. The sound is tweaked down quite a bit as the plane ride was very very noisy.

While the flight over was just me, there was a full load of passengers waiting to board the DHC-6 and get off the island. As the only passenger, I didn’t have to wait very long for my luggage. Although I did learn that the “perfect” bag I had agonized over purchasing, was not so perfect. While it held everything I needed and had ample space to spare, it was just too damn big. If I were a taller/larger person it would have been perfect, but a piece of luggage almost half of one’s height is very hard to maneuver.

Here’s a shot of the bag from the Briggs and Riley website.

Don’t worry though as the bag saga turned out well. I ended up selling off the giant one via Craigslist and buying the next size down, and it absolutely perfect

Anyway, after landing on Little Cayman, a minivan was waiting to carry me the half a mile to the resort where I checked in and was shown to my room for the next ten days. I did a quick unpacking and then went outside and promptly collapsed into a hammock. It did after all take close to 15 hours of travel get to said hammock….

And now a little bit about Little Cayman. It is a very small island south of Cuba — roughly ten miles long and a mile wide (north/south) — sparsely populated with just a few resorts. I stayed at the Little Cayman Beach Resort, as of the three primary resorts on the island, it had the best online reviews for both accommodations and diving. And it did not disappoint.

One interesting tidbit is that Little Cayman is home to a lot of wildlife. Indigenous Lesser Cayman Iguanas as well as Red-footed Boobies and Magnificent Frigate Birds. It’s just fun to say that word — Frigate….try it…Frigate! Frigate!

But I digress. Above is a shot from my iPhone of one of the iguanas. Lots more images of a more professional quality are up on my photo site networkgirl.org.

Like this one of an itchy Red-footed Booby. Another great word to say in the birding context.

So after a few hours in the hammock, I rolled up to the bar, had a tasty margarita and then rolled in to the dining room for dinner. Then I rolled into my bed and slept.

The next morning I was up bright and early to start the diving.