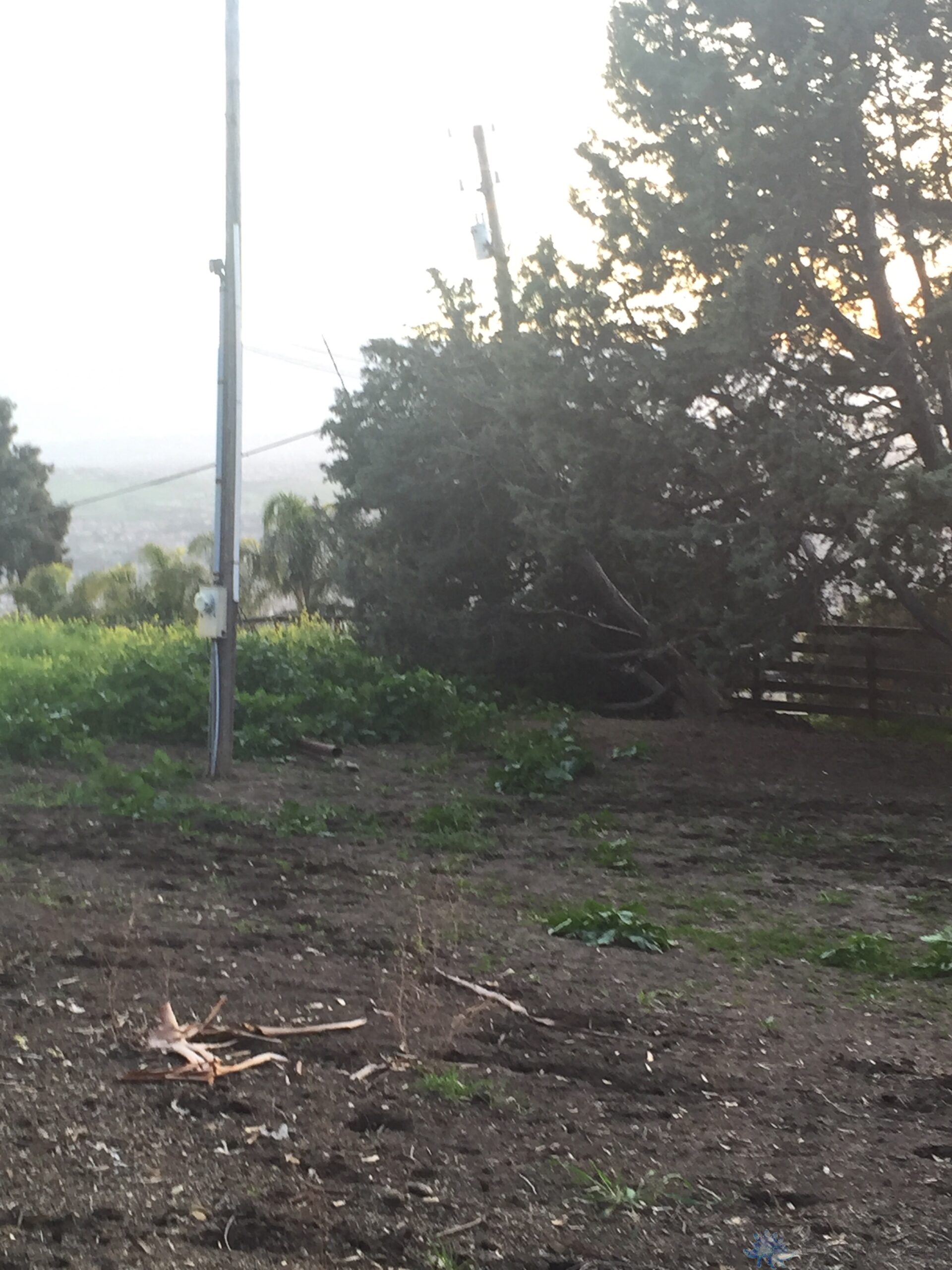 Back in the winter of 2016 we had a tree out near the north gate fall onto the electric line feeding the phantom power pole. PG&E came out and saw to the situation and we thought that was that.

That was when we were young and stupid when it came to living here.

Then it happened again in April of 2018. Turns out that particular type of tree (some sort of cypress) is known for shedding large portions of itself, especially given the winds we get up here.

So PG&E Came out and dealt with things. This time instead of just resting against the power line, the tree took the line out. Since that line feeds a second meter which services our gate (and once upon a time apparently serviced a mobile home that sat there) it need to be reconnected. All of this of course happened when I was heading to the airport to catch a plane to visit family.

Still, it was all sorted and we thought that was that….again.

Or course it wasn’t.

So since it seemed the tree was done with living and was just going to continue shedding large sections of itself, Agent Smith, his dad and our nearest neighbor spent an evening pulling most of it out.

As of writing this we still need to repair the fence that was damaged. It’s only been 20 months….but considering the stay and shelter order, we’re actually getting a lot of small projects off our list.